Aleister Crowley may very well be the most notorious occultist of all time. Legends have built up around the self-proclaimed magician and one-time prophet. Supposedly he engaged in ritual sex with members of both sexes and even tried to communicate with the devil. He also took part in magical duels and tortured and killed animals. It’s possible that he did all, some, or none of these, but he was certainly a strange and mysterious man. At one point, he was known as the “Wickedest Man in the World,” and apparently he relished this role. 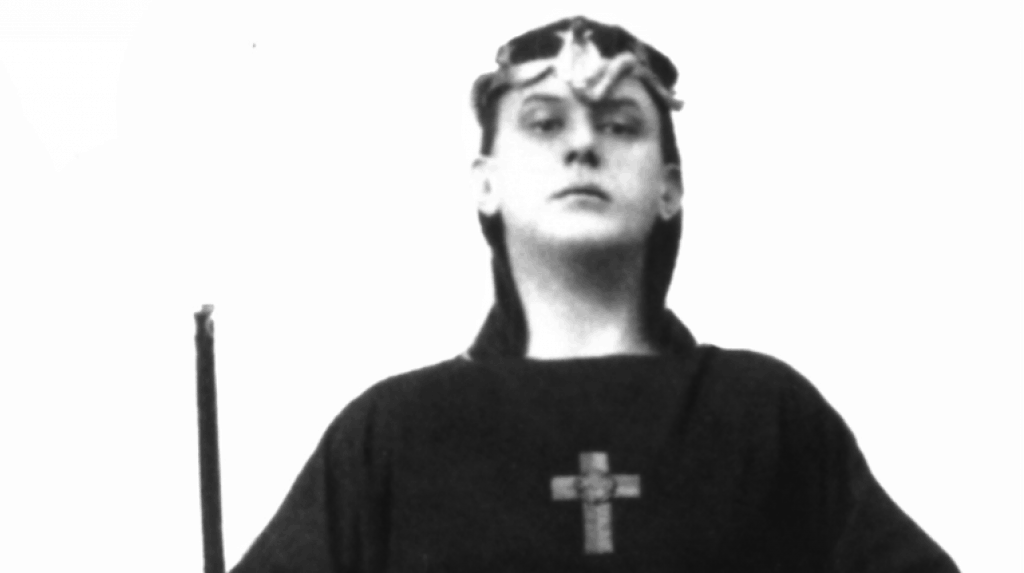 Aleister Crowley’s biography begins when was born on October 12, 1875, in Leamington, Warwickshire, England. His given name was Edward Alexander Crowley. His father was a wealthy brewer. Both of his parents were staunch Puritans. They viewed sex as one of the worst sins. How they had children with this view is anyone’s guess.

Aleister rebelled against his parents’ beliefs for most of his life. His behavior led to his mother referring to him as ‘the Beast.’ It would appear that she truly believed that her son was the antichrist. It is quite possible that his mother’s religious beliefs, coupled with her name-calling, attributed to Aleister’s grandiose and boastful nature. Aleister obviously believed himself to be a powerful dark force, later in life. Furthermore, his rebellion against his parents’ views regarding sex led him to be an overtly sexual person, some might say to a fault.

Aleister’s father died when he was 11-years-old. That same year, he supposedly tortured and killed his own cat. There have been rumors of other, more horrible things regarding Aleister’s actions as a child. However, hardly anything can be substantiated, including acts mentioned in the Crowley autobiography. We do know that Edward changed his name to Aleister, so as not to have the same first name as his father. We also know that he lost his virginity at a very young age. Rumor has it that he was 14-years old and that it was with a servant girl.

As a boy, Aleister was forced to attend religious schools. In 1892, Crowley went away to school in Malvern. This is where he reportedly engaged in some sort of shocking homosexual act at that time. Then he went on to Tonbridge, where he supposedly contracted gonorrhea from a prostitute. His college years were spent at Cambridge. There, instead of a sexually transmitted disease, he picked up a love for mountain climbing and the occult. At the age of 21, he inherited his father’s money and was able to start traveling, which he continued to do for most of his life.

His Troubles in the Hermetic Order of the Golden Dawn

In 1898, Aleister Crowley joined the Hermetic Order of the Golden Dawn. This order was dedicated to ‘white magic.’ Aleister was thrown out of the order in 1900. He later claimed that he got into a magical battle with some of the other members, during which his coat caught on fire. Other famous authors of the time were supposedly members of the order. However, only one or two of these names has been confirmed as members, one being William Butler Yeats. 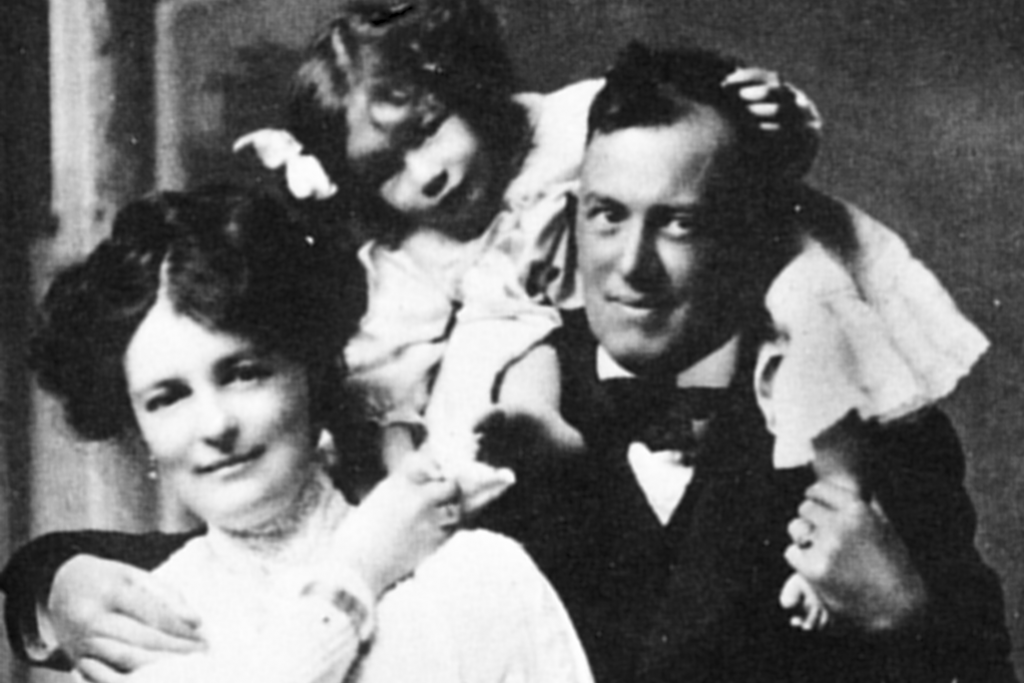 Crowley with his wife, Rose, and daughter, Lola. Public domain.

After Crowley’s altercation with the Golden Dawn, he spent some time abroad. In 1903, he married a woman named Rose Kelly. Together the couple had two children, one of whom died at the age of two. In 1904, the couple was vacationing in Egypt. While there, Rose claimed to have a vision of sorts, immediately after which Aleister claimed to have a vision of his own. Aleister’s would last for days while he wrote what would become “The Book of Law” (just one of the numerous books penned by Crowley). The following year, he went on a mountaineering expedition in the Himalayas, which ended in death for some of his companions. From there he went to Canada and the United States. His first daughter died of typhus while he was away. 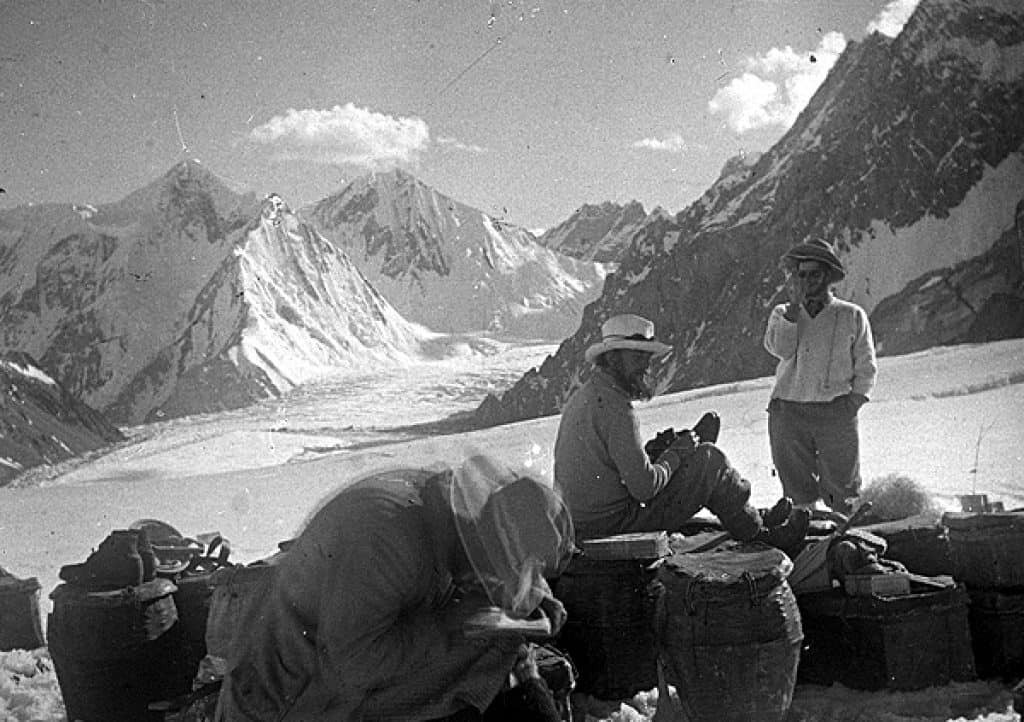 Aleister in the middle, at the Himalayan base camp, 1902. Public domain

In 1907, Crowley founded a magical order known as the Argentium Astrum. Two years later, he divorced his first wife. He reportedly began a relationship with Victor Neuberg around the same time. Three years after that, he joined the Order of the Eastern Templars. It was around this time that he supposedly began experimenting with ritual sex magic. He was known to have casual sex frequently. Women and men alike were drawn to him, despite his failing looks. He spent some time in the U.S. between 1915 and 1919 where he spread anti-British, or pro-Hitler, propaganda. Although, he later claimed that he was a British supporter.

Unexplained and unconfirmed stories of the time include those of a local butcher cutting off his own hand with a cleaver after reading a note from Crowley written on a piece of paper with a spell on the reverse.

The year Aleister Crowley left the United States, he met Leah Hirsig. The pair seemed to be smitten with each other and all kinds of nasty rumors (and later, claims made by Aleister) circulated about their sex life. They had one child together, but they split in 1924. Crowley then spent some time traveling and being kicked out of both Sicily and France. In 1929, he married Maria Ferrari de Miramar. This union would result in no children. Aleister died less than 20 years later. He was seventy-two years old.

The Curse of Drugs

Aleister spent the last years of his life chained by the drugs he had used for many years. He was a heroin addict and he was nearly broke. There are several stories regarding his death, one is that he died alone. Another story is that his last words were a curse on his doctor for not giving him any heroin. The story goes on to say that the doctor died on December 2, 1947, one day after Crowley. Yet another story says that his last words were “I am perplexed.” All that is certain is that he was cremated and his ashes given to his still loyal followers.

Sorting Through the Fiction About Aleister

Looking back on Aleister Crowley’s life, it is important to note some of the more bizarre claims that have been made by him and others regarding it. So, in closing, here is a list of such claims. You may choose to believe them or not. Either way, it is undeniable that he made quite an impression.

The Mysteries of the Piri Reis Map of 1513