If Atlantis is found, how can we verify its correct location? Plato gave us the story of Atlantis, but during the time it flourished as a kingdom, sailors in Europe were using grid coordinates to travel to and from Atlantis. The grid coordinates were recorded and passed down through the ages long before Plato was born. It was written in the Sanskrit and part of the Mahabharata, one of the oldest of the Hindu Puranas. A passage in the Vishnu Purana locates Atlantis between the grid coordinates 24 to 28 degrees north latitude, which inevitably leads us to North America. The 24 degree coordinate leads to Miami and the 28 degree coordinate leads to Cape Canaveral, Florida. This puts the Florida Plain in between the coordinates. Other details in ancient sources describing Atlantis, can be found at the address below: 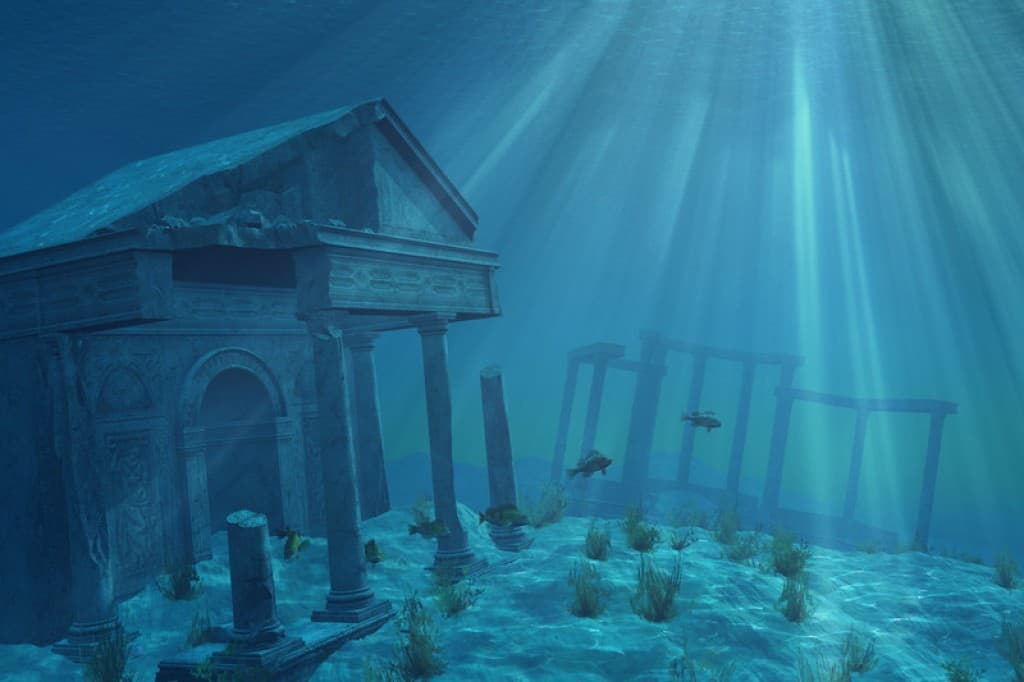 Florida is what Plato described as the Plain of Atlantis. He knew nothing firsthand about Florida, and yet he managed to describe it in great detail, providing information about its length, width, and even its height above sea level. Plato also wrote about other terrain features on the plain of Atlantis which matched those found in Florida today. He also referred to North America as the continent of Atlantis.

Considering the information Plato gave and looking at the descriptions of the present-day terrain, the other islands Plato referred to must have been Cuba, the Bahamas, Jamaica, Haiti, and Puerto Rico. In his dialogue, Plato mentions the continent opposite of Atlantis, which is South America. After decoding the language used to describe the places, you will find that the different names can be used properly in different ways to refer to the different features we recognize on the map.

As you can see below, Plato’s explanation about Atlantis’ location is both simple and straightforward:

[wpsm_quote author=”” float=”left” width=”100%”]This power came forth out of the Atlantic Ocean, for in those days the Atlantic was navigable; and there was an island situated in front of the straits which are by you called the Pillars of Heracles; the island was larger than Libya and Asia put together, and was the way to other islands, and from these you might pass to the whole of the opposite continent which surrounded the true ocean; for this sea which is within the Straits of Heracles is only a harbour, having a narrow entrance, but that other is a real sea, and the surrounding land may be most truly called a boundless continent.[/wpsm_quote]

The Kingdom of Atlantis

Since Atlantis was part of the boundless continent, any ship leaving Europe would have been able to find it; all it had to do was continue to travel westward. On the other hand, after the destruction of Atlantis, it might have been difficult for sailors to navigate an ocean filled with debris without precise instructions on how to get to where they wanted to go. In that case, the grid coordinates may have been necessary to help find their way to Atlantis.

When reading Plato’s story, you will find that you will be able to match his descriptions to other features. This gives us a place to start, but before we compare the actual terrain features on the plain to Plato’s descriptions, we will need more background information. This will give us an overall picture, which will help to explain many of the finer details regarding Atlantis and its location.

Take the name Atlantis, for instance. Plato referred to Atlantis in several different ways: as a boundless continent, an island continent, an island, a country, and a city. After matching the terrain features on maps to the details in the literature, we can see that the boundless continent Plato was referring to was North America and South America together. The continent of Atlantis was North America by itself, while the country of Atlantis was the area that covers Mexico, Texas, Georgia, Florida, and the Appalachian Mountains. The country of Atlantis had two main cities. One was Tampa (the old city) on the Florida Plain. The other was (the new city) Mexico City. How can we verify this?

Read more about the new Atlantis in the book, Atlantis Pyramids Floods

Dennis Brooks is retired from the US Army and is living in Honolulu, Hawaii. He has spent 20 years researching Atlantis and other mysteries. He published a book called Atlantis: Ten Tribes of the Americas and is working on another, which will be out in 2014.

The Disappearance of Theodosia Burr Alston