Of all the most disquieting demons and eerie entities known to plague humankind, the Hellhound of Bungay seems to be the most gut-clenching. The enormous brute very casually broke the rules of demonology as it barged into the Church of St. Mary on a stormy night in the 16th century, charging at worshippers and soon littering the holy grounds with bloody cadavers mutilated by its demonic teeth and claws. Known alternately as the Devil’s “attack dog” or an incarnation of Satan himself, the Hellhound is one of the most feared entities of East Anglia in Britain, where it is still believed to roam in the dark and lonely forests, passages and pathways of historic times. 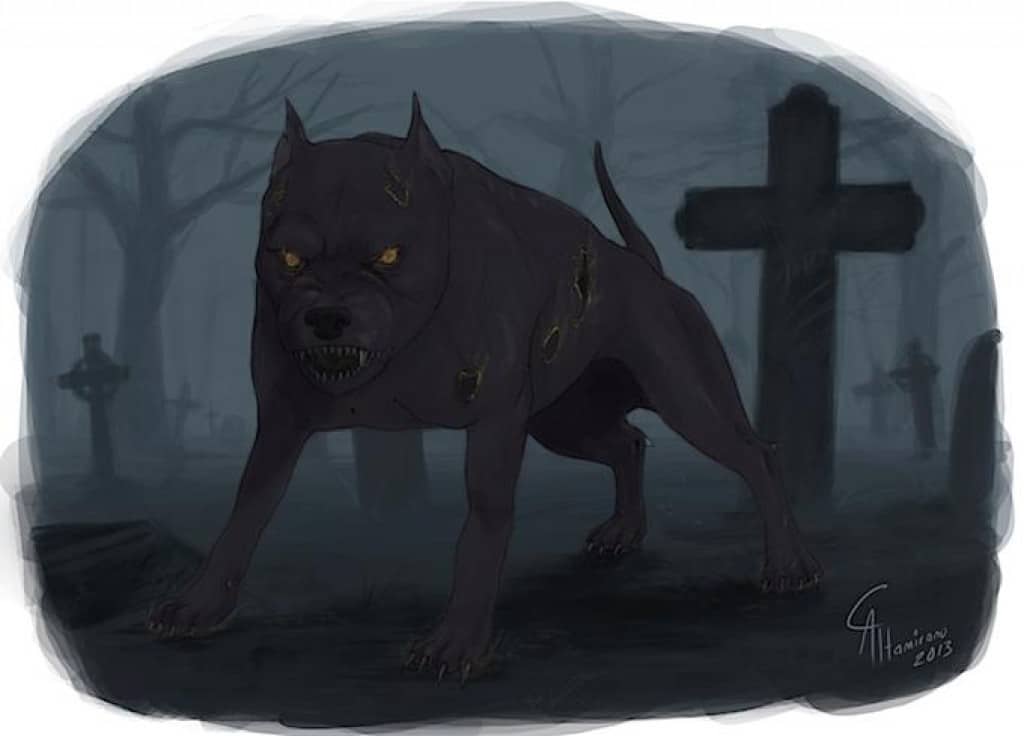 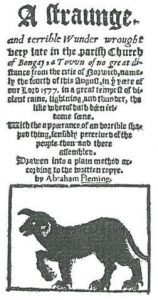 Perhaps the most piteous and disconcerting of Hellhound accounts took place in the little town of Bungay in Suffolk, England, back in the 16th century. On Sunday, 4th August 1577, a terrible thunderstorm broke out in the town of Bungay, a storm best describable with the adjectives: “darkness, rain, hail, thunder and lightning as was never seen the like”. The puny thatched cottages of the helpless townsfolk were being fiercely swiped away its rage, and so, the incapable country people, hoping that only a miracle could save them, knelt at the St. Mary’s Church, the religious heart of the town. As they prayed for help, while the appearance of a beautiful angel with charming white wings would have been more appropriate for the situation, what fate had decided was completely. Lightning struck at the Church, and what appeared before its doors was a gigantic black hound, its bloodthirsty fangs vehement to be pierced against the tender flesh of its prey. What happened afterwards is described by the following olden verse:

All down the church in midst of fire, the hellish monster flew

And, passing onward to the quire, he many people slew

Instead of being scared to death by the holy might of the church, the diablo simply dashed in, tearing off people’s throats and strangling worshippers with its front paws. Such heat radiated from its foul physique of the beast, that it instantaneously vaporized anyone nearby. Then after satisfying its appetite with the horrified screams of the masses, the dog suddenly disappeared, reappearing 12 miles farther at the Blythburgh Church, where it resumed its brutal activities, ripping the lives out of innocent victims.

While most will be content with merely hearing such a nerve-racking tale, more serious people will be craving for evidence. Hear’s to their satisfaction:

The records of the St. Mary’s Church show that a huge thunderstorm did break out on the said date, and two people were killed at the belfry. However, there is no further elaboration as to the circumstances and cause of their death. However, the Blythburgh Church wins the day as it boasts off several scratches made on its north entrance, allegedly by the claws of the same Black Dog. 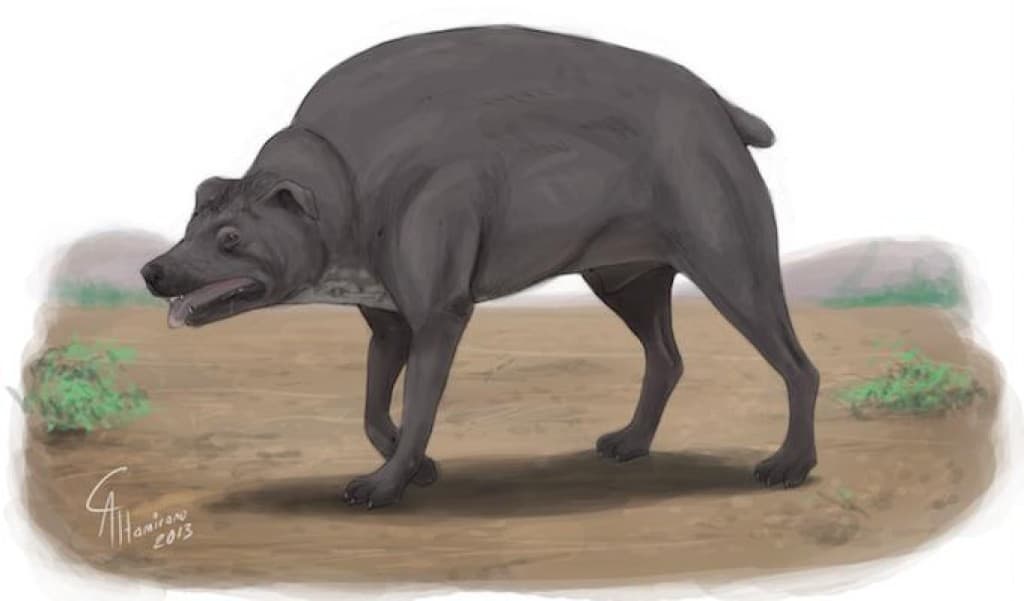 The Hellhound of Bungay is often deemed to be a part of a much more elaborate legend that circulates around the regions of Norfolk, Essex and Suffolk. It’s called the Black Shuck. The Shuck is often associated with the historic cemeteries, ancient pathways, lonely forests and old waterbodies of England. It is also known to appear at the celebrations of old festivities and rituals. Wherever it goes, it is marked by its gigantic body the size of a calf or a horse, blood-red eyes, glistening teeth and “shaggy” black fur. Sometimes it is known to guard cemetery corpses and antiquated areas whereas sometimes it is seen as an omen of death, foretelling the immediate death of the seer. Rarely, it also appears as a benevolent guiding spirit and a defender of the weak. It is worth mentioning, although, that none view it as a hungry demon mauling over feeble preys.

What is the Black Dog?

Now let us try to understand who or what the black dog was, if it ever was at all, and why it carnaged the two churches of Bungay on the accursed night. Psychic researchers believe that the Hellhound is mostly associated with ley lines, which are the lines marking the paths followed by the electromagnetic energies of Earth. A place with a greater concentration of ley lines is said to be more prone to hauntings, as ghosts enjoy feeding on the energy found along the ley lines. If we are to assume that the town of Bungay has such an unfortunate concentration of ley lines, or even that it is the area where an oversized, cryptid canine likes to prowl (as some cryptozoologists believe), then there are supposed to be similar accounts of black dog attacks surfacing in the area from time to time. However, no more records of similar Hellhound accounts exist in the area, which has all lead me to be more inclined to the skeptical possibility that the ST. Mary’s Church was most likely struck by a lightning which was responsible for the two deaths at the belfry, and the markings on the door of the Church of Blythburgh somehow provided a coincidental encouragement to the legend. However, all Black Shuck accounts can’t be denied in a similar manner, and a chance always remains that the Bungay Hellhound legend too has laid its foundation upon some obscure truth.

Prince Petropia's real name is Ritoban Mukherjee. He is a student of Humanities and a part-time enthusiast of all things mysterious, unexplained and fortean. He is the author of a spine-chilling paranormal and occult blog All About Occult. Do visit his blog for blood curdling articles on morbid mysteries, dark religions, urban legends, aliens, afterlife, haunted locations and parapsychology.