Nitiqrit, more commonly known by her Greek name Nitocris, is allegedly the first queen regnant of ancient Egypt. She possibly reigned at the very end of the Egyptian Old Kingdom more than 4,000 years ago. Her name appears only from writings that are no older than 2,400 years old. A mystery of ancient Egypt is whether Nitocris truly existed.

Some Egyptologists question whether she truly existed. However, some kings are accepted as fact. And there is just as much evidence of their existence, if not less.

One story about her survived and Herodotus recounted it long after she lived. The story tells how she drowned the people who murdered her brother and husband,  King Merenre Nemtyemsaf II. 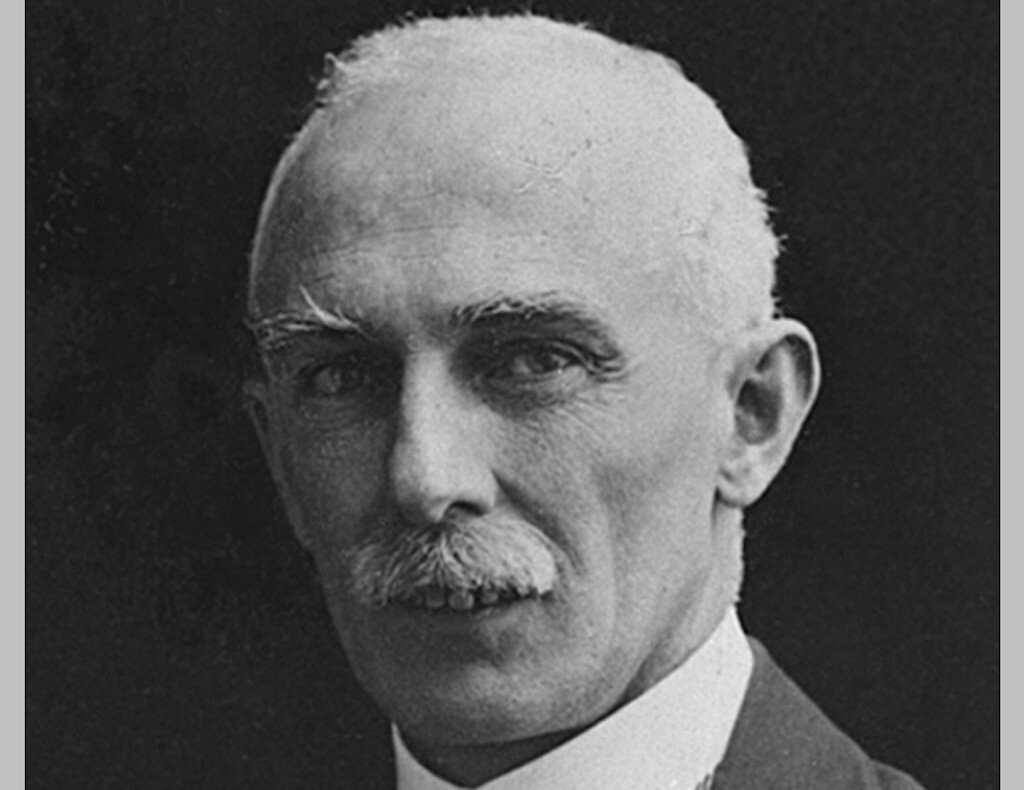 A prominent Egyptologist of the 20th century, Percy E. Newberry, said those who dismiss the evidence of her reign should reconsider. Later, Egyptologists still debate whether she reigned over Upper Egypt. More recently, she is considered not just a myth but rather possibly a real figure. Because she left no discrete inscriptions, tomb, or monuments, some scholars equated her with Netjerkare, or Neitiqerty, Siptah, considered the last king of the 6th Dynasty.

Netiqerty is listed in the ancient Royal Canon of Turin King List of Egyptian monarchs, possibly written in the 13th century B.C., and other early Egyptian monarch lists, including that of Manetho and Eratosthenes.

The arguable inclusions on these lists influences Egyptologists’ to consider her as a historical figure. Some believe she should be considered an Egyptian queen and accorded the same historicity as any shadowy king of ancient Egypt.

The ancient writer, Manetho of the third century B.C., mentioned her by the Greek name Nitocris. However, Egyptologists dismissed his account that she built the third pyramid. Newberry said perhaps she built not the famed third pyramid at Giza, but rather the third at Saqqara.

Newberry said her name means Neith is Excellent and points out that the third pyramid at Saqqara is a monument to Neith, an ancient Egyptian goddess. Others said her name is male, which calls into question whether she was female and a queen.

The name Neith also appears on the tomb of one of the wives of King Pepi II. He ruled Upper Egypt for at least 60 years near the end of the 6th Dynasty of the Old Kingdom. Not long before she took power. Newberry said she might have been Pepi’s wife, not the wife of her brother, Merenre I, as the Greek historian Herodotus wrote in the 5th century B.C. However, Merenre I ruled for a long time and was not murdered.

Related: Role and Power of Women in Ancient Egypt

Also, the years of her reign do not correspond to Neith, Pepi’s wife, and Neith’s tomb was not the third pyramid at Saqqara.

Some Egyptologists say it is most likely that she was the wife of Merenre Nemtyemsaf II, who ruled for just one year after Pepi died. Her reign is recorded by various ancient writers as three years, six years, and 12 years. Eratosthenes, writing in the 3rd century B.C., treated her as a historical figure. He said she ruled at Thebes for six years.

Manetho said she ruled for 12 years. But he gives little detail about her, saying she was braver than men and physically beautiful.

A Long Reign, Then Chaos

After the reign of Pepi II, ancient Egypt’s ruling class suffered a major meltdown. In total, 18 kings and the one queen took the throne in succession over 16 years at the catastrophic end of the Old Kingdom. Some of these monarchs of the then-chaotic and famine-stricken Egypt were Pepi’s children. The reign of the 19 spanned the First Intermediate Period, that lasted from about 2150 to 2134 B.C.

The country of Egypt took a turn for the worse. The 19 monarchs had little control over outlying areas. Even before Pepi died, his power had eroded and assumed by provincial governors and other officials. These officials passed their posts down to their children, who treated the regions they ruled as their personal property.

But some say Pepi had such a long, stable reign precisely because he decentralized his government.

So what was the problem that she and her predecessors faced, if not inheriting misgovernment or invasion by Asians, which an Egyptian historian writing for the BBC rules out here? The historian says the Nile River failed in “a sudden, unanticipated, catastrophic reduction in the Nile floods over two or three decades”. In good years, Nile River flooding watered the Egyptians’ crops and ensured prosperity. It was a boom or dust economy.

Worldwide drying and cooling, in a word, climate change, reduced the flooding of the Nile for 20 or 30 years. Nearby Lake Faiyum, usually more than 210 feet deep, dried up, too. Modern scientists determined a cooling climate caused less rain to fall in a vast area, from Italy to Tibet.

An Egyptian writer described how terrible the time was for the ancient Egyptians at the end of the Old Kingdom:

“Lo, the desert claims the land Towns are ravaged, Upper Egypt became a wasteland Lo, everyone’s hair [has fallen out] Lo, great and small say, ‘I wish I were dead’ Lo, children of nobles are dashed against walls Infants are put on high ground Food is lacking Wearers of fine linen are beaten with [sticks] Ladies suffer like maidservants Lo, those who were entombed are cast on high grounds Men stir up strife unopposed Groaning is throughout the land, mingled with laments See now the land deprived of kingship What the pyramid hid is empty [The] People are diminished.”

Nitocris ascended to the throne of a nation lacking central authority, whose people were starving to death. She inherited a nightmare.

Herodotus and the Nitocris Banquet Story

Her reference appears in one story from Herodotus. The Greek historian recorded it in Histories, Book II nearly 2,000 years after the queen lived. 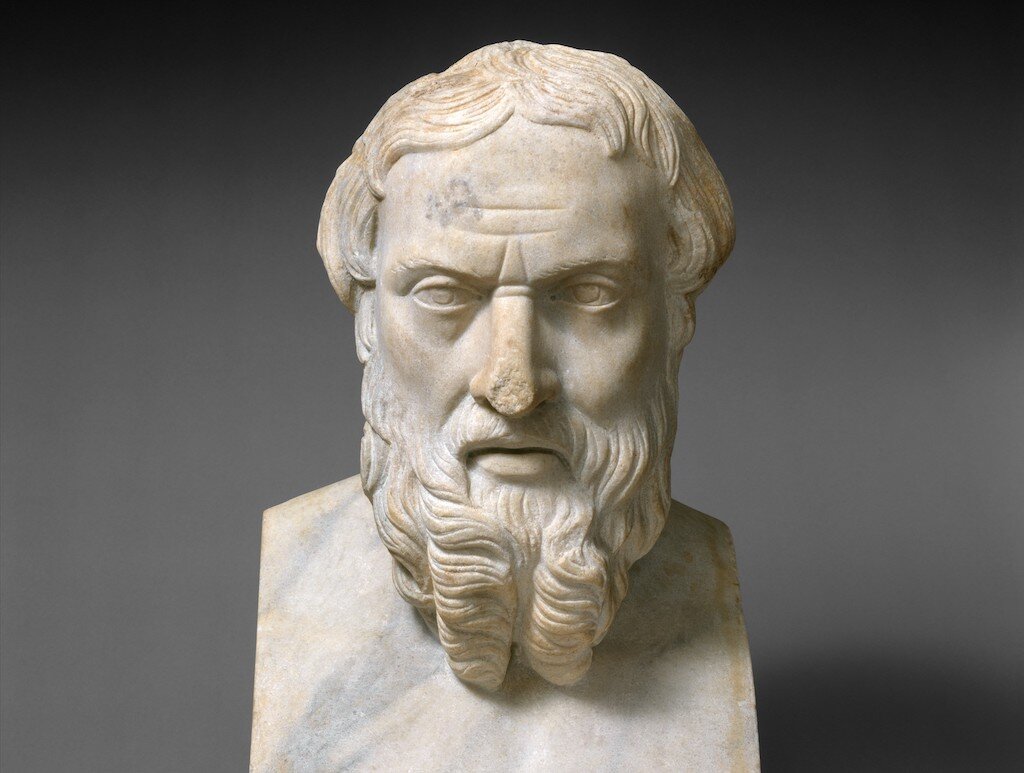 The scene, if it happened, was the climax of a violent period of widespread famine in Egyptian history more than 4,000 years ago. Citizens savagely murdered the king, Merenre I. His sister and wife, Nitocris, played hostess to the perpetrators at her inaugural dinner in ascension to the throne to succeed him.

Before the dinner, she secretly had a channel of the Nile River readied to flood the underground banquet chamber. As her guests feasted, she left the chamber. She had her people lock the guests in, release the waters, and drown them. Then the queen killed herself, possibly to escape the wrath of her people.

“Nitocris was the beautiful and virtuous wife and sister of King Metesouphis II (Merenre II), an Old Kingdom monarch who had ascended to the throne at the end of the Sixth Dynasty but who had been savagely murdered by his subjects soon afterward. Nitocris then became the sole ruler of Ancient Egypt and determined to avenge the death of her beloved husband-brother. She gave orders for the secret construction of a huge underground hall connected to the river Nile by a hidden channel. When this chamber was complete, she threw a splendid inaugural banquet, inviting as guests all those whom she held personally responsible for the death of the king. While the unsuspecting guests were feasting, she commanded that the secret conduit be opened and, as the Nile waters flooded in, all the traitors were drowned. In order to escape the vengeance of the Egyptian people, she then committed suicide by throwing herself into a great chamber filled with hot ashes and suffocating.”

Perhaps Herodotus wrote the account when archaeological evidence still existed. For instance, writings on walls of tombs or temples about Nitocris and Merenre, now lost in the ensuing years.

If Nitocris indeed was the queen of Egypt, she was the first known Egyptian queen regnant. She served in a role taken by few other women confirmed by historians. One was Pharaoh Hatshepsut, who ruled for 51 years, about 627 years after the end of the 6th Dynasty. The other being Queen Sobekneferu. She ruled for almost four years, nearly 328 years after Nitiqret.

Various people have said other women were queens of Egypt before the Hellenic era, but those queens were not regnant. Also, some women ruled as regents until their children ascended to the throne. Cleopatra, a historical figure, was Greek.

But it wasn’t long before the pharaohs retook power and re-established law and order. Within one century, the Egyptians had a new, successful central government.

Who Were the Hundreds of Roopkund Lake Skeletons...