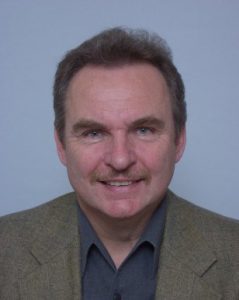 Heribert Illig is a German Historian and publisher who proposed that a medieval Roman Emperor, Otto II, Pope Sylvester II and quite possibly Byzantium Emperor Constantine VII were all involved in an early conspiracy theory to advance the European calendar 300 years overnight.

This idea was originally made public in either 1990 or 1690 – depending on the correct truth.

According to Illig, both Otto and Sylvester were keen to participate in the landmark year of AD 1000 but were several hundred years too early to do so. To overcome this anomaly, they rewrote future history and invented heroic figures such as Charlemagne. While attending an archaeological conference held in Munich, Germany in 1986, Illig was just one member of an audience listening to the President of the Monumenta Germaine Histoica, Horst Fuhrmann, as he detailed claims that the Roman Catholic Church forged documents during the Middle Ages and actually insisted that these were hundreds of years old and embraced by medieval citizens.

Illig was suitably impressed by this lecture and began to investigate for himself. He started with the question of why the church would sanction or allow fake documentation well in advance of historical events. Illig examined other proven false documents and discovered what he regarded as ‘divine chronological distortions’. As a result of this, he began to take a closer look at the Gregorian Calender. Illig concluded that the calender was also inconsistent.

This alone would not constitute proof that Illig was correct in his assessment. He had to try to find additional proof that could be much more definitive. He looked for, and found, unexplained gaps in historical events. Constantinople was founded in 558 and, like many other cities around the world, began as a small settlement that grew and grew as time and populace dictated. According to Illig, construction was completed in 908 AD. Did the humble beginnings of modern day Istanbul really take 350 years to complete? Or was the original construction done in a fraction of that time and the remainder was added on at a later date? A curious fact about Constantinople was that it was once the capital city of both the Roman and Byzantium Empires.

Not much in the way of archaeological evidence exists from these dates in history. At least none that can be accurately carbon dated to the periods in question. Developments in fields such as architecture, ceramics and agriculture haven’t had any reported or recorded advancements during this time either. Believers in this hypothesis suggest a reason that the whole period is known as the Dark Ages is for the very fact that it doesn’t exist at all. By the same token though, recorded history outside of Europe and known astronomical events do seem to contradict Illig’s findings.

Did a trio of influential leaders put their heads together in the dim and distant past to advance three centuries in a single calendar day?