The Pythia at Delphi

Delphi in Greece was not the home of a single mystery — it’s entire presence and purpose were mysteries. This is where Greeks and other believers came to consult a holy woman they believed could answer questions with sacred knowledge from the Greek god Apollo.

Archeologists believe that Delphi, near the majestic Mount Parnassus, was populated by small villages going back to the 13th century BCE. These original settlers didn’t leave much of a clue as to their lives and customs, but as time went on and the Greek gods and goddesses came to power, it became the center point to a mysterious female oracle called the Pythia. 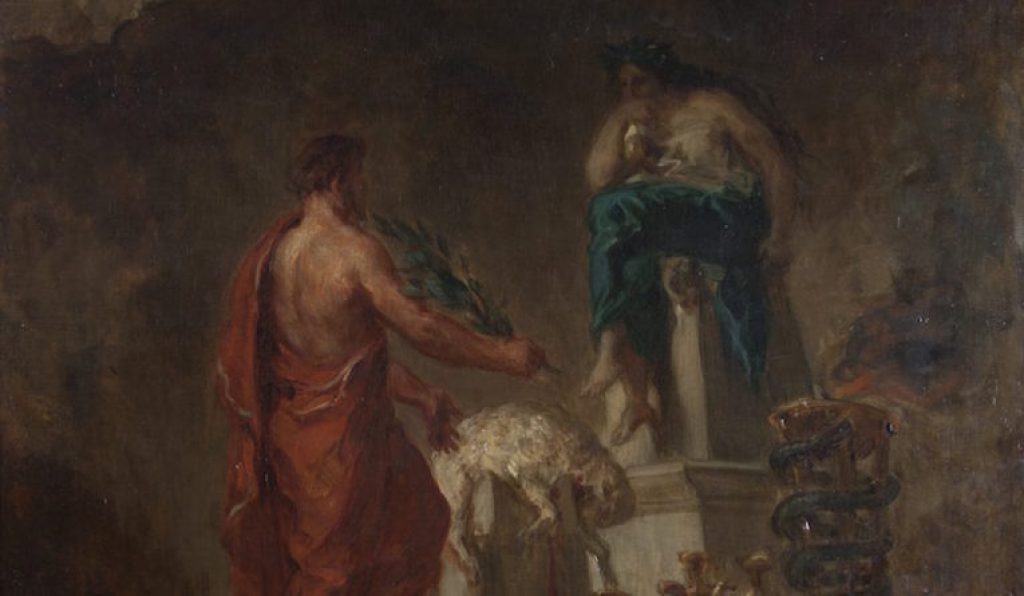 Over time, when a particular Pythia died, a new oracle would replace her and many women would act as the Pythia for Apollo, although the method of predictions was identical.

People would come to see the Pythia for decisions ranging from the purchase of slaves to military strategy. The Pythia would sit near a fissure in the earth from which various gasses would waft upwards and put her into a something resembling a stupor and then she would speak in mysterious words and sentences that would have to be interpreted by priests who oversaw the business of the oracle.

And it was a business. Predictions would only be given to those who paid a price. People who paid significantly more than what was asked for would jump to the front of the line.

But the meaning of the responses were not always clear. Someone going into war who may have asked about the success of a battle may have been given the response:

Which, as the website “ancient-greece.org” points out, could be interpreted in a variety of ways depending on the punctuation.

Some of the oracle’s other predictions were so prophetic that they were written down and passed on through the millennia.

In 560 BCE, for example, a certain King Croesus asked various oracles (and there were other oracles lesser-known than the one at Delphi) to state what he had been doing at a certain time in the near past. The other oracles gave incorrect responses, but the Pythia stated:

I can know both the number of grains of sand on the beach and the number of waves in the sea. I can comprehend the speech of the mute and hear those without voices. I have seen a tortoise being cooked with a lamb in a bronze pot with a lid of bronze.

And the Pythia was exactly correct.

As with most of the other parts of Greece, foreign invaders eventually overcame the native peoples and Delphi, which had become such a place of importance to the Greeks, had its gold and valuables taken away and the symbolic flame was extinguished. At the very end, the oracle gave her last prediction, this one quite clear:

Go, tell the king
the splendid walls have fallen to the earth
Apollo has no sanctuary
No speaking stream
The talking waters have dried up at last 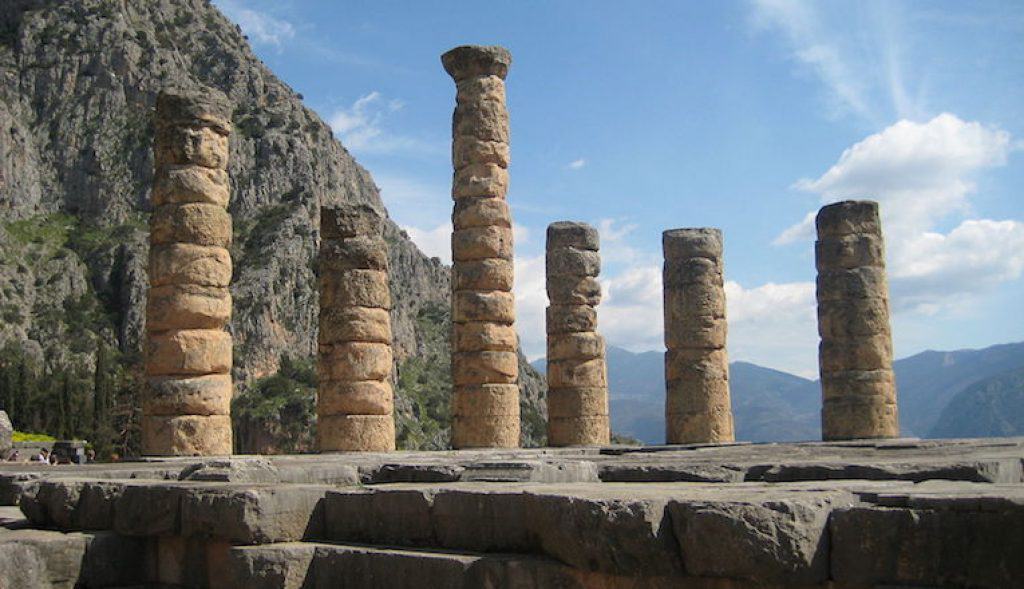 The remaining columns of the Temple of Ilmaris at Delphi, Greece. Image: Patar knight (Own work) [CC BY-SA 3.0]

Christianity would eventually spread throughout the lands of Delphi and the oracle would become a thing of the distant past. But ruins would stand at the site where so many pilgrims went in search of answers.