Home » History » The Olmecs and How They Vanished from History
History

The Olmecs were a Mesoamerican civilization that dwelled in parts of Mexico. The Olmecs developed their civilization around 1100 BCE, give or take one hundred years. This makes the Olmecs the earliest known civilization in Mexico. They possibly had a system of writing, though only carved examples would have survived so many thousands of years. They also had a calendar. 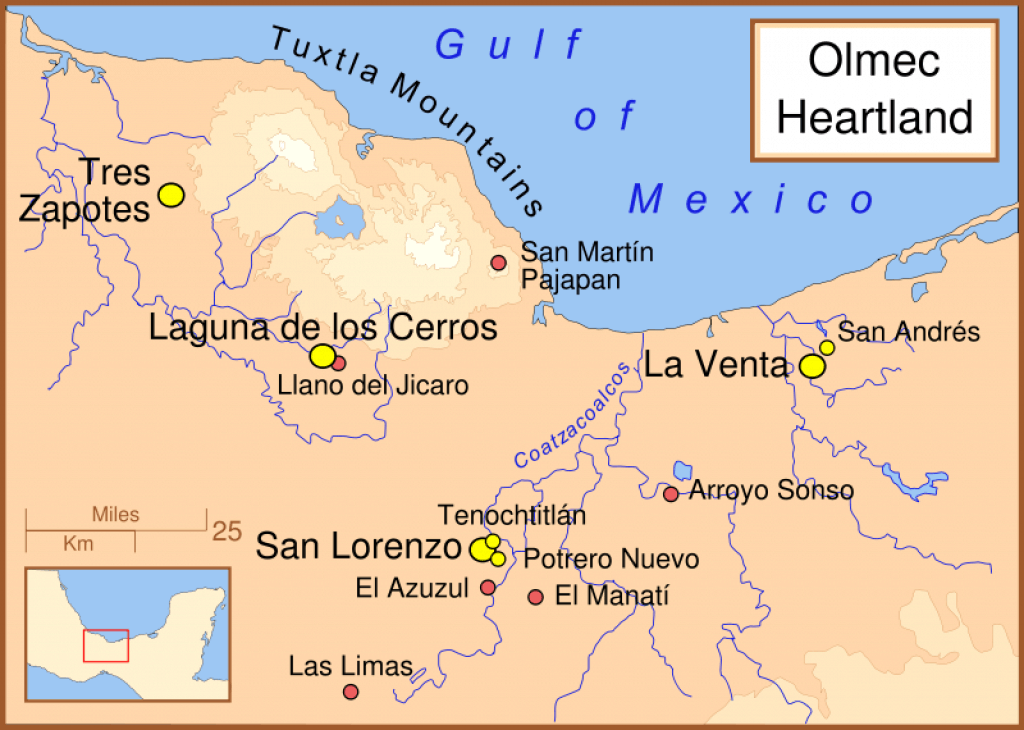 Map of the range of the Olmecs

The Olmec civilization was one ruled by class. There were the working class people and those that survived off the work of the working class people. There is evidence that there was an elite class. Whether they were a ruling elite, one that dictated the lives of the lower classes, is unclear. They may have been a ruling class, or they may have been religious leaders.

It is clear that the Olmecs had some form of religion. Therefore, it would make sense that they had religious leaders who dealt with spiritual matters while commoners dealt with building, art, war (if any) and the agriculture that fed the Olmecs. Animals were central to their spiritual beliefs, particularly the jaguar. Like other ancient civilizations, human sacrifice was also part of their religion. They seem to have passed this on to later Mexican native civilizations.

The strongest symbols of the Olmecs are the enormous carved heads they left behind. Several apparently helmeted stone heads have been identified as Olmec works of art. Some believe the features of the faces on these heads are evidence that the Olmecs were of African descent. However, there is no evidence that the Olmecs were dark-skinned, though they did have features that are similar to African features. Remnants of the Olmec “style” shown in these heads can be found in other Mexican native civilizations that came later.

Other works of art that are associated with the Olmecs (apart from the cities they built) include what are known as “Olmec jade masks.” These beautiful jade masks are certainly reminiscent of Olmec art. However, the jade masks that have been discovered were not made by the Olmecs. Rather, they are proof of the Olmec influence in later civilizations.

There is no more evidence of the Olmec civilization after 300 BCE. What happened to the Olmecs remains a mystery. The remains of these people have not survived time, so there are no graves to analyze. There is no concrete evidence of disease, war, famine, natural disaster or relocation, though all of these possibilities have been postulated.

It is possible that changes in the land’s fertility led the Olmecs to relocate and adapt. It is also possible that the Olmecs just adapted to changing times so much that their culture simply transformed into later civilizations, their cities abandoned for new cities, their people’s religion, art and architecture evolved. Some have said that the Olmecs demise was due to Civil War. The population could have thinned enough through war to disappear in history. As for disease, like war, it could thin out a population enough to render it unable to recover.

Unless some Olmec graves or records that contain evidence of the end or evolution of the Olmec are recovered, it is unlikely that we will ever know what happened to their civilization. Every idea we have, be it an educated guess or speculation, is just a guess, at best. However, more information is being recovered through excavation, so you never know what will be uncovered.