The RMS Titanic sank over 100 years ago, but it is still the most famous ocean liner in the world. These seldom-seen Titanic pictures provide a glimpse of that fateful day in April 1912 when so many people on board lost their lives at sea.

A hydraulically operated watertight door at the engine room bulkhead. 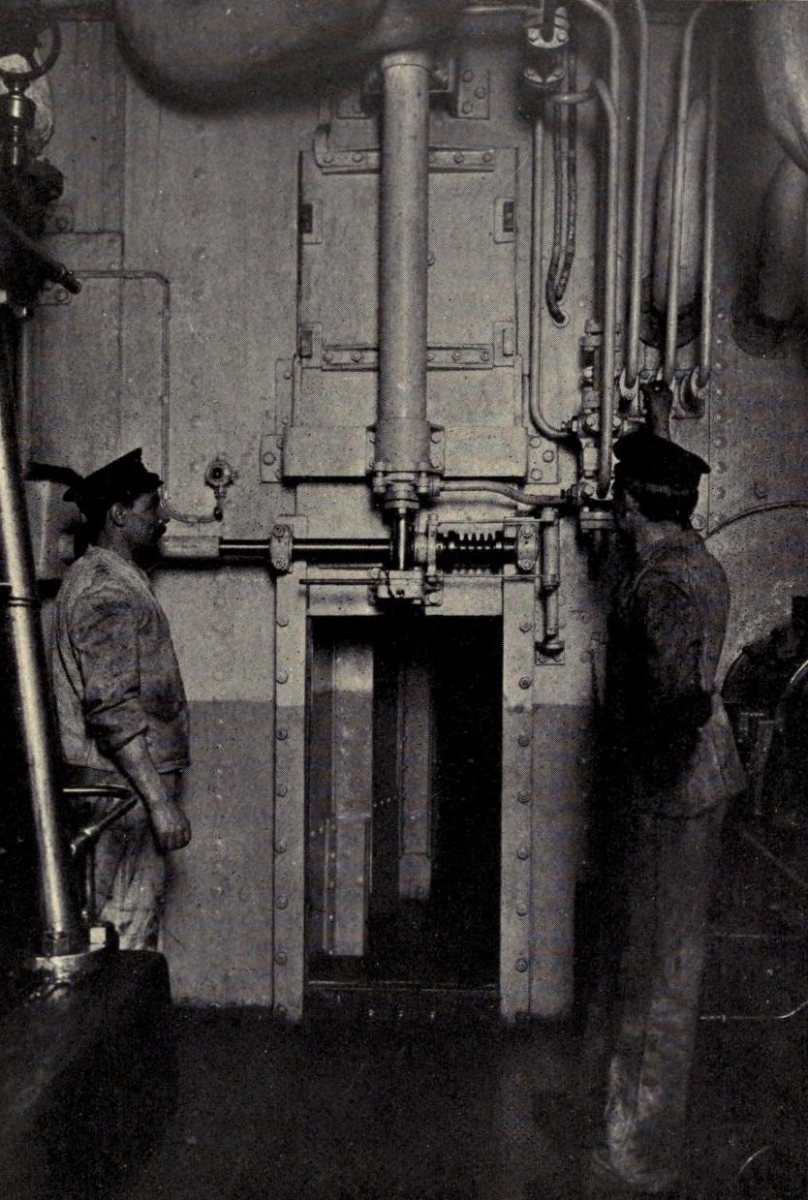 About the RMS Titanic

Construction of the Titanic started on March 31, 1909, with the shipbuilding taking place in Belfast. The entire process, from start to completion, took three years. Its design was massive, and by the time the ship was finished, it was christened the largest, safest, and most luxurious in the world.

The process to build the ship was incredibly labor-intensive. At its busiest point, Harland and Wolff’s shipyard had hired 14,000 people to simultaneously work on the ship.

The entire ship was 882 feet long. It had four stacks (one for show only), 29 boilers, 159 coal-fed furnaces, and two reciprocating engines. At the time of its construction, it was the largest man-made object ever built to float on water.

The ship also contained unparalleled luxury. First-class passengers enjoyed cafes, a smoking room, restaurants, saloons, and a reading room. They also had the opportunity to book one of 39 first-class, high luxury suites. A live orchestra played during meals, and passengers had numerous options for recreation, including their out decks, shuffleboard, a gym, and squash courts.

Third-class passengers (or steerage) had significantly worse accommodations, though even these were more comfortable than the accommodations on other ships. Cabins were shared and could contain up to ten people in one. Passengers had their own dining room that served basic food, and a piano that they could play on their own. Bathrooms were shared, and only two baths were available for all of the third class passengers.

As with most tragedies, the collision and sinking of the Titanic was the result of not just one error, but a series of them. Had any of a number of individual factors gone differently, the ship would never have hit that iceberg and made it to New York.

The accident occurred on its maiden voyage to New York at around 11:40 pm on the evening of April 14, 1912. It had been a cold winter in the north Atlantic Ocean. As a result, icebergs found their way further south than usual. In their state of the art radio room, the ship received not one, but seven warnings about iceberg sightings from nearby ships. However, instead of slowing or stopping for the night, Captain Smith ordered the ship to continue steaming at its normal speed of 22 knots.

The evening was unusually calm, with no moon in the sky. From a safety perspective, this posed a problem, as it meant the lookouts had no light to reflect off the iceberg. Furthermore, since the sea was so calm, it was impossible to see any waves breaking against the base of the iceberg.

The lookout, Fredrick Fleet, spotted the iceberg that sunk the ship roughly a minute before impact. It might have been spotted earlier, but the ship’s binoculars were stored in a locked locker – and the key wasn’t onboard the ship.

It is unclear if lookouts Frederick Fleet and Reginald Lee spotted the iceberg first, but they did call it into the bridge, with Fleet saying, “Iceberg right ahead!”

Second Officer William Murdoch was in command of the Bridge at the time. He ordered the ship “hard-a-starboard” and reversed the engines, attempting to turn the shift to the left to avoid a collision, but it was too late, and the ship scraped along the edge of the iceberg.

Engineers believed that the ship could remain afloat with four of its watertight compartments filled, but it soon became apparent that more than that were flooded.

Famously, the ship’s builders did not equip the ship with enough lifeboats to save all of its occupants. They believed the lifeboat’s primary purpose was to ferry passengers back and forth to rescue vessels. Twenty total lifeboats were onboard, but they only had space for 1,178 of the ship’s 2,222 total compliment. Furthermore, many passengers did not believe that the ship was in mortal danger. As such, they failed to get on the lifeboats, preferring the warmth of the safe ship to the cold lifeboats. As a result, many of the initial lifeboats to launch had far less than their maximum capacity, ultimately costing even more lives.

It took only two hours and forty minutes for the unsinkable Titanic to founder.

In the end, approximately 1,500 people died. The divide was stark when it came to first, second, and third-class passengers. 97% of the women and 33% of men from the first-class survived; that number dropped to 74% and 20% for second class passengers. Among the third-class, only 49% of women and 13% of men survived.

Thankfully, rescuing the survivors began relatively quickly. Distress calls went out while the ship was sinking. Ultimately, the Carpathia was the first to provide aid; other ships joined shortly afterward. Saved passengers became split up among numerous ships. Ultimately, survivors sailed on to New York, the intended destination for most of the rescuing ships.

Four White Star Line ships had the grim task of recovering the bodies of the deceased. Ultimately, a mere 23% of those who died were recovered. The rest presumed lost to the bottom of the ocean. Of those bodies, 150 are buried in Halifax. Halifax, which was the closest major city to the location of the sinking, converted a local ice rink into a temporary morgue.

Actual Footage of the Disaster

The Titanic pictures above are certainly amazing. But here is an incredible video that contains some of the only footage of the tragedy that occurred on April 15, 1912. The video shows the “unsinkable ship” in all her glory, the location of the disaster, rescued survivors, and the Mackay Bennet leaving Halifax to search and retrieve the dead passengers.