Edgar Cayce is considered one of the most prolific prophets in modern history and is often compared to Nostradamus. But he was actually far more prolific than Nostradamus, with his 14,000 plus readings. He was also more accurate. Cayce mostly gave psychic readings for people that were in great difficulty or suffering. He never asked for money and he never took advantage of them. However, besides offering readings to people, he also prophesized about world events, past, and future. One of those events was the Lost City of Atlantis. He gave very specific details, but what exactly were the visions of Edgar Cayce on Atlantis?

There Were Over 700 References of Edgar Cayce on Atlantis

The predictions and visions of Edgar Cayce’s on Atlantis were about its discovery, history, and destruction. He said that a new land would appear in 1968/9 off the east coast of North America, the so-called “rising of Atlantis”. It was in fact during that time that the “Bimini Road” was discovered in the Atlantic Ocean. After all these years archeologists and scientists are still debating these issues. 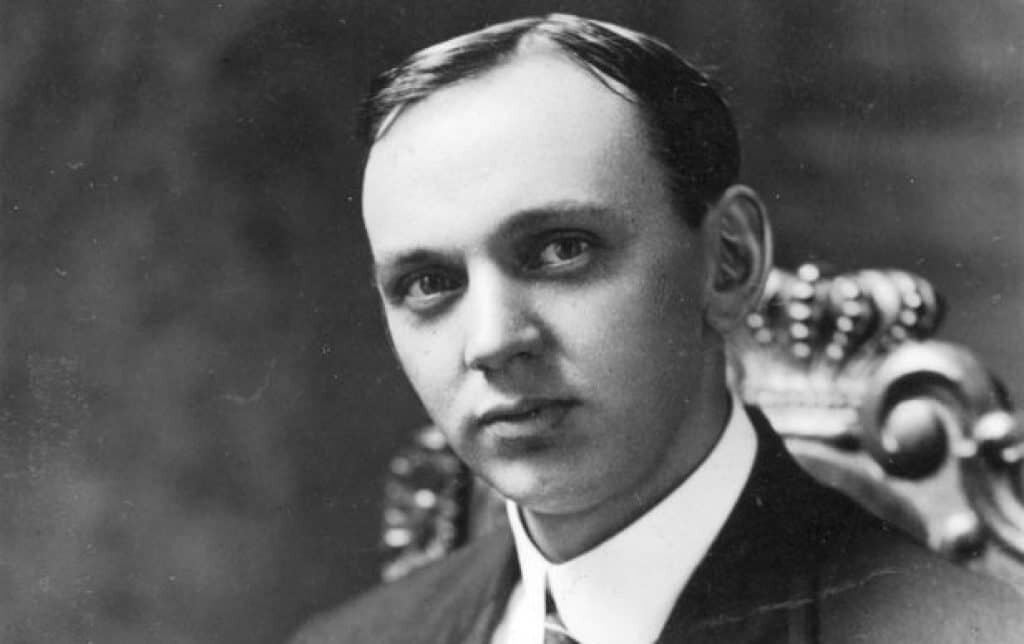 Young Edgar Cayce, mystic and prophet. He had visions of Atlantis for 20 years. Public domain.

Edgar Cayce maintained that Atlantis was the “first” civilization that was technologically superior to even our own. He added that its last surviving islands have disappeared somewhere in the Atlantic ocean some ten thousand years ago.

Cayce revealed that the size of Atlantis was equal to that of Eurasia. He saw visions of this continent of the past which had gone through three major periods of division. The first two occurred around 15,600 B.C. when the mainland divided into islands. The three main islands of Atlantis were Poseida, Og, and Aryan.

He claimed that the Atlanteans were well-versed in technology that harnessed the power of the quantum world. This included the use of crystals and sound waves for healing. Elevators and connecting tunnels operated with compressed air and steam. And they used quartz crystal science to mine gold, copper, and silver from the earth. Atlanteans were adept at the use of silicon chips at levels unrivaled in the modern world. The Crystal Skull, for example, was cut with such infinite precision that “no known modern tool could have replicated the job.” They were familiar with the amplification power of crystals in laser technology and memory chips. Also, they made extensive use of mass mental telepathy, psychokinesis, and astral projection into fourth-dimensional consciousness. 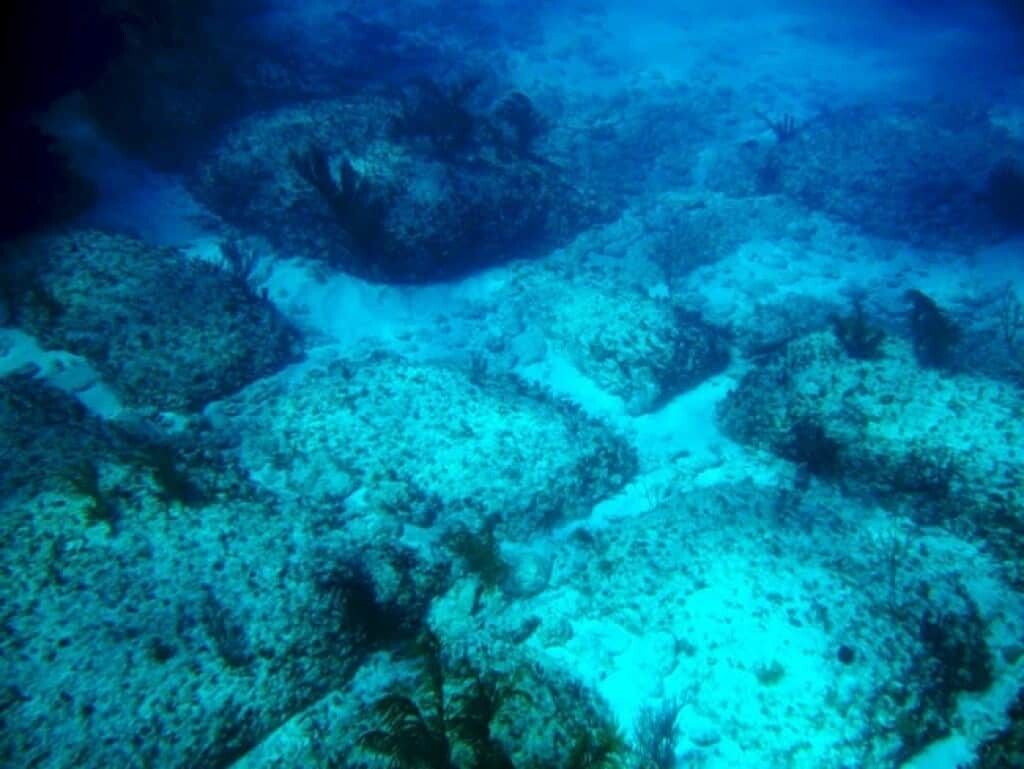 Bimini Road: Could this be the discovery of Atlantis Cayce predicted?

Edgar Cayce said the people of Atlantis had constructed giant laser-like crystals for power plants, and that these were responsible for the second destruction of the land. Cayce blamed the final destruction of Atlantis and the disintegration of their culture on greed and lust.

The Wars of Atlantis

According to Cayce, two rival parties fought for control of the Atlanteans in its final days. The Children of the Law of One wanted to return to spiritual stewardship of the land-based on natural laws. The other group, the Sons of Belial, wanted to exploit natural resources for material gain.

The chief focus of their conflict was a third class of dull, half-awake sub-humans that the Sons of Belial used for slave labor. The Children of the Law of One wanted to enlighten these sub-beings by raising their consciousness. However, the Sons of Belial wanted to keep them in ignorance and exploit them for their own gain.

Exodus From Atlantis to Egypt

Cayce revealed that before the legendary land disappeared under the waves there was an exodus of many Atlanteans to ancient Egypt. He attributed the Biblical Great Flood of Noah to be a result of the sinking of the last huge remnants of Atlantis.

He also revealed that the many Atlanteans that managed to escape had hoped to preserve a record of their civilization. Thus, they created two separate archives with all their history and accomplishments, so they could preserve them. Cayce said that the Atlanteans buried one of the archives under one of the Sphinx’s paws.

Santorini and Atlantis: Are They The Same?

Recently, there has been new research conducted around the Sphinx with new technology. During one of the Discovery Channel specials, researchers confirmed that, in fact, they could see a room under the left paw of the Sphinx. However, the Egyptian Director of Antiquities does not allow excavation in that area for any reason.

Incarnations of the Atlanteans

During Cayce’s otherworldly journeys, he would often reveal the past lives of those who came to him for information concerning their health. He told a number of them that they had past lives in the legendary lost land of Atlantis. In fact, Cayce revealed that a vast number of souls who lived past lives in Atlantis had been incarnating to America for a long time now. Their purpose was to usher in a new era of enlightened human consciousness. In all, Cayce referred to Atlantis no fewer than seven hundred times over a span of twenty years.

Casey revealed information about the history of humanity ranging from the beginning (Creation) to a time in the future when humans will evolve into beings with supernatural powers. But one thing he was always very emphatic about: he believed that those horrible future events he prophesized about could possibly be averted if humanity changed its behavior. In fact, that is the purpose of giving prophecies – to warn people to change, so that prophesies won’t happen.

Edgar Cayce’s Predictions May Not Come to Fruition

Cayce would repeatedly say that even the Lord of the Lords could not accurately predict future events because human free will can alter and change the future. He used as reference the biblical account when Jesus was asked when he would return, and He replied: “No one knows about that day or hour, not even the angels in heaven, nor the Son, but only the Father” (Matt. 24:36).

Was Casey right about Atlantis? We still have no conclusive evidence to support his prophecies and visions. However, his stories are still fascinating, and the search goes on.

Is There Encoded Religious Meaning in the “Twelve...

Dracula’s Castle – Is the Real One in...

I have lived a life that most people just read of in books. A whirlwind of colors in all different shades from the lightest to the darkest ones. I believe that we all have a purpose to be here and our purpose is to learn our lessons. Our lives are touched every day by others in many ways but it all serves the purpose of building this huge puzzle.