A twenty-six-year-old man was hiking in the Isdalen Valley of Mount Ulriken in Bergen, Norway, when he crossed paths with a well-dressed woman who seemed out of place on the hiking trail. The woman looked terrified and was being followed by two men wearing black coats. Before the man could react, both the Isdal woman and her pursuers had disappeared. 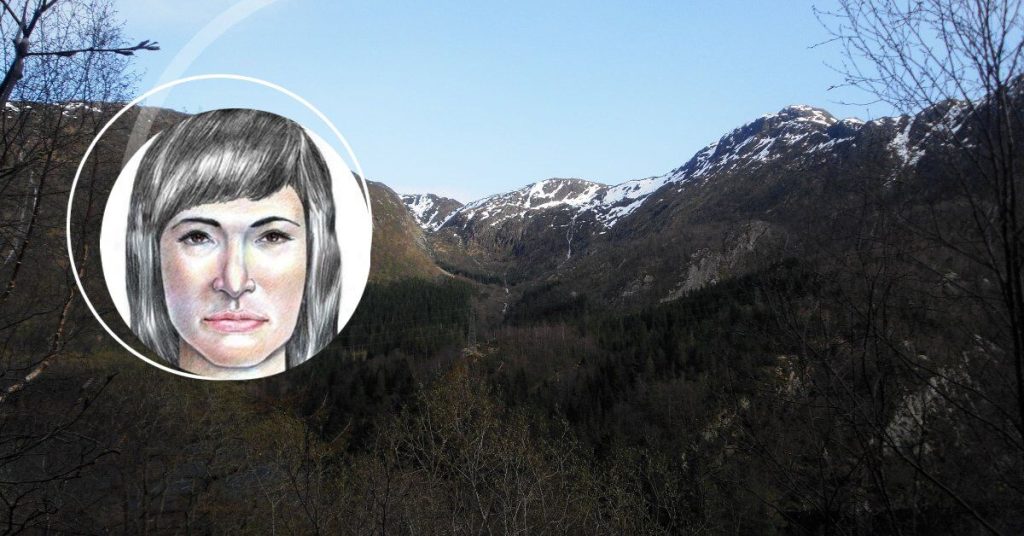 A forensic reconstruction of the unidentified woman’s face. The background is the location where they discovered the body.

Scene of the Mysterious Crime

Five days later, on November 29, 1970, a university professor found the woman’s remains lying atop a still-smoldering campfire in the same valley. She was naked and her body was badly burned. There was a large bruise on her neck which indicated she had suffered a severe blow. The evidence at the scene was baffling. Investigators found a burnt passport, two empty bottles which smelled of gasoline, an empty liquor bottle, and various items of women’s clothing with the labels cut out. There was also a boxed lunch and a single silver spoon with the monogram rubbed off.

An autopsy showed that the Isdal woman died from a combination of burns and carbon monoxide poisoning. Toxicology results showed a high concentration of sleeping pills in her system. While examining the body, it was discovered that the woman’s fingerprints had been sanded off. 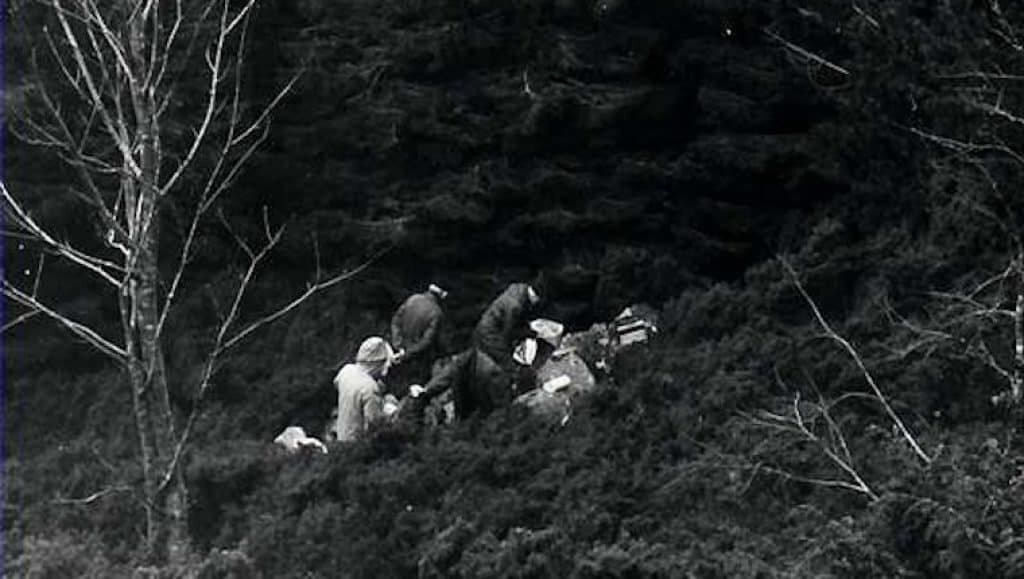 Law enforcement officials investigate the are where the Isdal woman was found. Image: Politiet

When the young man heard about the grisly discovery, he quickly called the authorities to report what he had witnessed. Shockingly, he was told to forget about the incident, that the case would never be solved. Police ultimately ruled the woman’s death a suicide.

Nearly five decades later, it appears the police may have been right. The woman has never been identified. Nearly one hundred witnesses were interviewed during the course of the investigation, yet no one appeared to have had more than a passing encounter with the mysterious woman. She had been overheard speaking several different languages and had stayed at multiple hotels in Bergen during the weeks leading up to her death, always keeping to herself.

Police were able to trace the woman to a locker at the Bergen train station. At the station, they located two suitcases that had been wiped clean of fingerprints. Inside the suitcases, they discovered nine passports under various fake identities. Additionally, 500 German marks and 130 Norwegian crowns were sewn into the lining. The cases also contained additional items of clothing from which the labels had been removed. There were wigs, non-prescription eyeglasses, and several silver spoons that matched the one found at the murder scene.

Where Had the Isdal Woman Been?

The most interesting bit of evidence was a black notebook, written in a numeric code, which turned out to be a diary of the woman’s travels. Using this, police were able to piece together her movements in the weeks before she died.

The Isdal woman was laid to rest at the Møllendal cemetery.

A postcard located among the victim’s belongings led police to an Italian photographer, who admitted he had taken the woman out to dinner but was unable to shed any light on her identity. He also claimed the woman had indicated that she was an antique dealer from South Africa.

So who was the mysterious Isdal Woman? Speculations abound. Some believe she may have been a spy, others a con-woman or international thief. While police keep sketches and other information regarding the case, access to these files has been repeatedly denied to the public and, after forty-six years, it is unlikely her family will ever step forward to identify her.