On December 1, 1948, in Adelaide, Australia, a young jockey, Neil Day, was riding his horse on Somerton beach. It was around 6:30 a.m. when he and his riding mate discovered the body of a clean-shaven man wearing a brown suit. Although the person was clearly dead, he was laying on his back against a wall and seemed to be staring at the sky. There was no identification on the body. Thus, officials never identified the man or the cause of death. Then four months later they found a clue. It was a piece of paper with the words “Tamam Shud,” meaning the end. This is the case of the Somerton Man, also known as the Taman Shud case.

Photo of the dead man found on Somerton Beach, Adelaide, on the morning of 1 December 1948.

On the night of November 30, 1948, at least two groups of passersby saw a man who looked like the dead man the jockeys found the following morning. He had also sat in the same place that the Somerton Man lay. The witnesses said that they did not get a very good look at him, but it was the same man from what they could tell. Passersby saw him around 7:00 p.m. By 7:30-8:00, there was no discernible movement. One witness said he had wondered if the man was alive, but assumed he was drunk.

Evidence Found at the Scene

The Somerton man wore a nice suit, which pointed to at least a marginal amount of prosperity. An expensive British cigarette, not from Australia, lay behind his ear. Another half-smoked cigarette of the same brand nestled between his cheek and collar. Interestingly, a pack of those cigarettes placed in the case of a cheaper brand was in his pocket. Additionally, investigators found a few more items in his pockets: a book of matches, a used bus ticket to Glenelg, and an unused train ticket to Henley Beach.

All of the tags on the man’s clothing were removed, making identification difficult. He was not wearing a hat and his shoes were reportedly suspiciously clean. Another, very mysterious, piece of evidence was found much later, in a hidden pocket in the man’s pants. This piece of evidence was a scrap of paper cut from a book that said “Tamam Shud.” The backside of the piece of paper was blank, but police traced it to the poetry book “Rubáiyát of Omar Khayyámt” by Edward FitzGerald.

A Code in the Rubáiyát of Omar Khayyám

After some searching, police were able to find the very book from whence the “Taman Shud” words had come. A man had found the book discarded in the backseat of his car, with apparently no explanation as to how it had come to be there. At the back of the book was the following sequence in pencil. Police believed it to be a code, but it has yet to be cracked. The strikethrough on the second series makes it look like a list, as well. 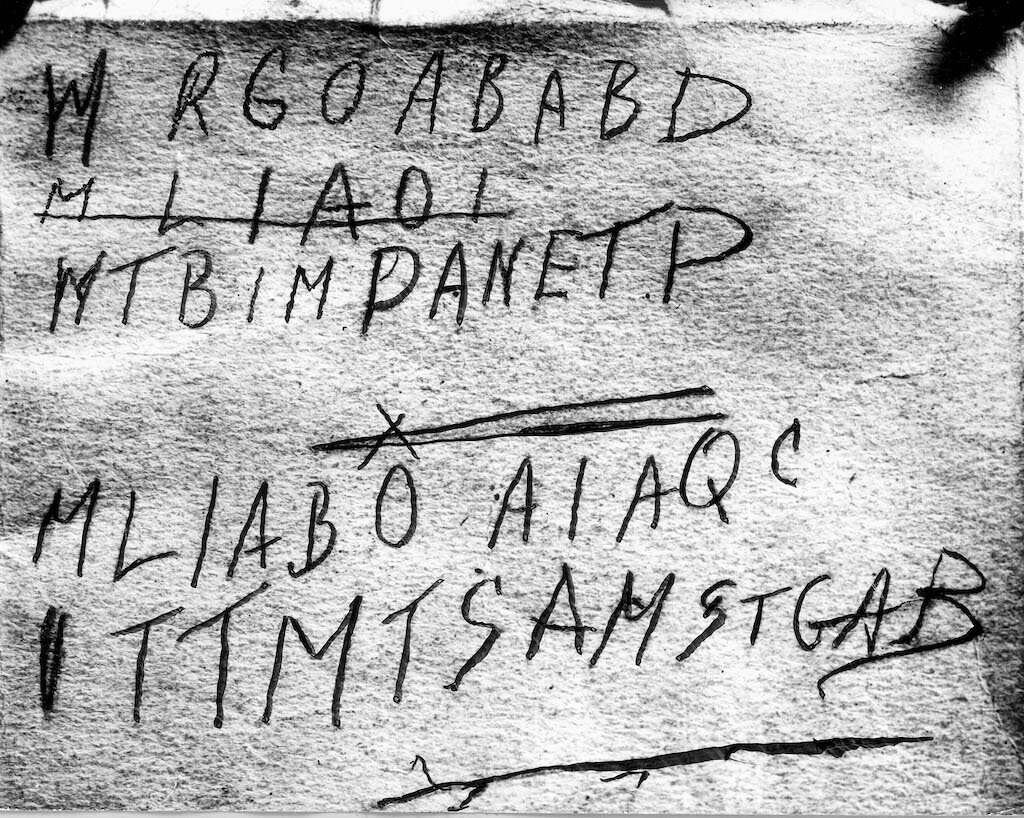 The strange code found inside the book titled Rubáiyát of Omar Khayyám.

Also found in the back of the book was the phone number of a woman who allegedly lived and worked near the place where the Somerton Man turned up. Her identity has been protected and her name given only as Jestyn. Jestyn once had a copy of “The Rubaiyat” and police tracked it to a man she had given it to years before. He still had the book and it was not unusual in any way. Police dismissed the woman and man as possible witnesses. They also dismissed the book, given the unclear evidence that it had anything to do with the Taman Shud case.

Leads in the Taman Shud Case

The autopsy on the Somerton Man showed something quite interesting — there was no evidence of the cause of death. The man was 5′ 11″ with green eyes and blondish red hair. He seemed in excellent health, save for congestion and bleeding in several organs. He was athletic, possibly a dancer or a runner, but not a laborer, as evidenced by the pristine condition of his hands.

The doctor who performed the autopsy said that it looked like a particularly dangerous poison that was extremely difficult to identify in an autopsy. He also said that it could have been a natural death, though he did not find the underlying cause. Either way, there was no way of knowing whether the man was suicidal or not, so even if they had found poison in his system, it did not make it a murder. In the end, no cause of death was determined.

Identity of the Somerton Man

Police did suggest that they found his lack of i.d. to be evidence of a suicide. He had very little money on him and no wallet, which would be a better indication of suicide, but he could just as easily have brought little money with him on a day trip. That idea was squashed when evidence that he was certainly not on a local jaunt came in a month and two weeks after his body was found.

The “X” is the location on Somerton beach where the corpse of the Somerton Man was found.

The Adelaide train station gave a suitcase to the police that the man had left in their coatroom the day before he died. (It should be mentioned that the time of death was given as 2 a.m.) The suitcase contained a suit jacket, stenciling brush, pants with sand in the cuff, screwdriver, scissors with sharpened points, thread, pajamas, underwear, dressing gown, shaving utensils, slippers, knife, and laundry bag. The only labels on the clothing were the name T. Keane — spelled Kean in one instance — and dry cleaning numbers. 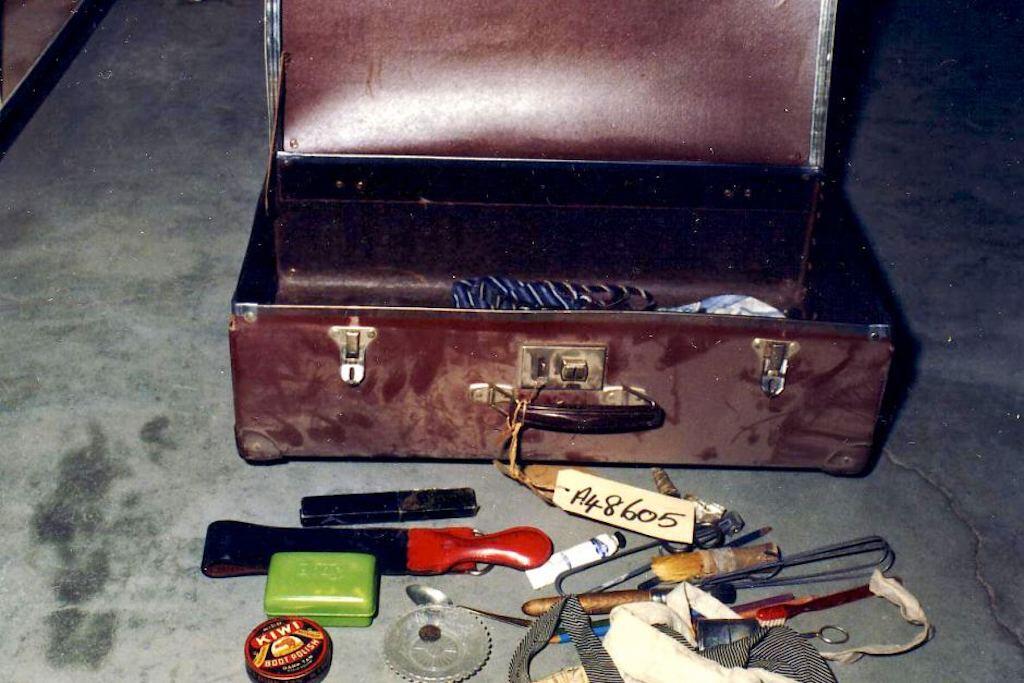 The contents of the suitcase. Image Credit: ABC.net.au.

A thorough investigation turned up no Keane’s or Kean’s in the area with a connection to the case. The jacket, however, led straight to America. British cigarettes and an American jacket made this man look more and more like a murdered James Bond. Unfortunately, they were unable to trace Somerton Bond’s jacket to an exact location in the United States.

In the end, the Taman Shud Case boils down to two things — a ton of evidence that leads nowhere and a lack of evidence that borders on the suspicious (missing clothes tags). Even the place of death is uncertain. This is because some feel that if the Somerton Man had died there, there would be biological excretion around his body. Everything that came up about this case made it more mysterious. All these decades later and it still does not make sense.

Emerald Tablet May Hint at the Secret to...