Often seen at circuses and in other performances, the ability to breathe fire is a crowd-pleaser. A rarer spectacle, however, is the alleged ability to ingest sizzling hot objects without any harm. Few have practiced this art throughout time, but Jo Girarfello displayed this art so well that she became known as the “Queen of the Fire Eaters.” 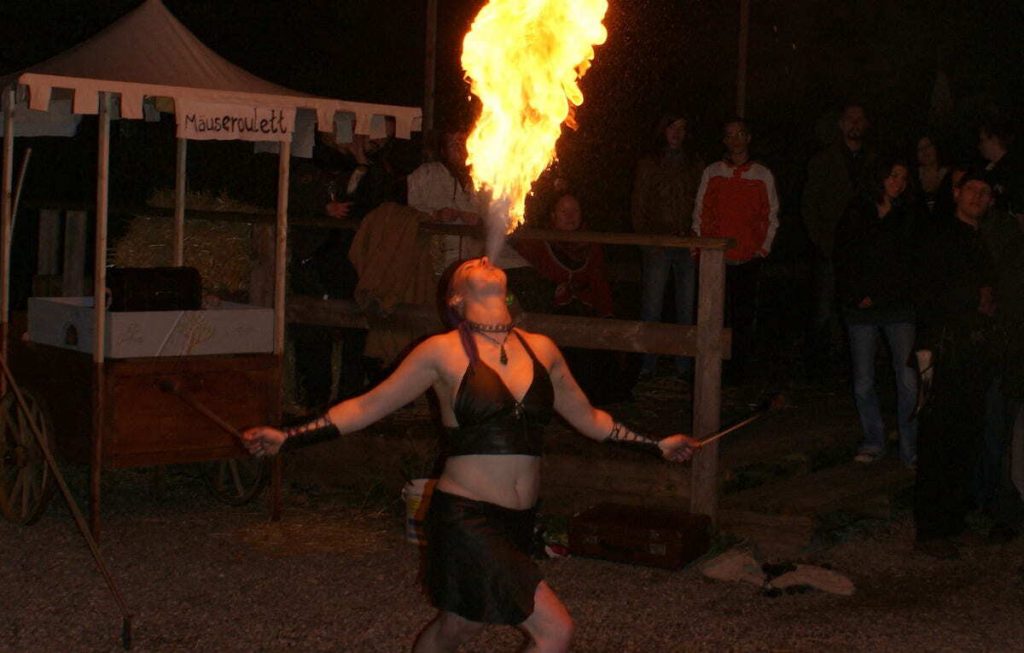 Girardelli appeared to be immune to the damaging effects of fire and acid.

Originally there may have been more known of Jo Girardelli’s biography; if so, it has been lost. What is known is that she was born in Italy in the 1780s. She may have practiced her fire arts in mainland Europe, but she came into her own in England in the 1810s. She performed for elite and public alike, and everybody left astonished.

A typical performance was divided up into several different types of fire-eating. Recorded chronicles written in England give our only contemporary view of her amazing feats.

She would begin a performance by putting nitric acid into her mouth and swishing it around. Then, taking a bar of iron, she would spit the acid onto the iron, where it would begin to eat through the iron, proving that it was a truly strong acid that had been in her mouth.

Next, she showed that boiling oil could not harm her. She would take a small pan of boiling oil and, to prove that the liquid was truly boiling, she would drop an egg into it and let it cook, showing the audience that the oil was extremely hot. She then filled her mouth with the oil and, like the nitric acid, would roll it around in her mouth for a few moments and then spit it onto a nearby fire where the oil would burst into flame, proving it was indeed oil that she had put into her mouth.

Her next trick was more remarkable. She would put melted sealing wax in her mouth and then would get someone from the audience to make an official seal impression on the wax while it was still on her tongue. Not even this audience volunteer, standing so close to her, could find evidence of any trickery.

She moved on to molten lead. Jo Girardelli would dip a hand into the lead and scoop out a handful and put it into her mouth. She was then able to remove coin-sized pieces of lead from her mouth. 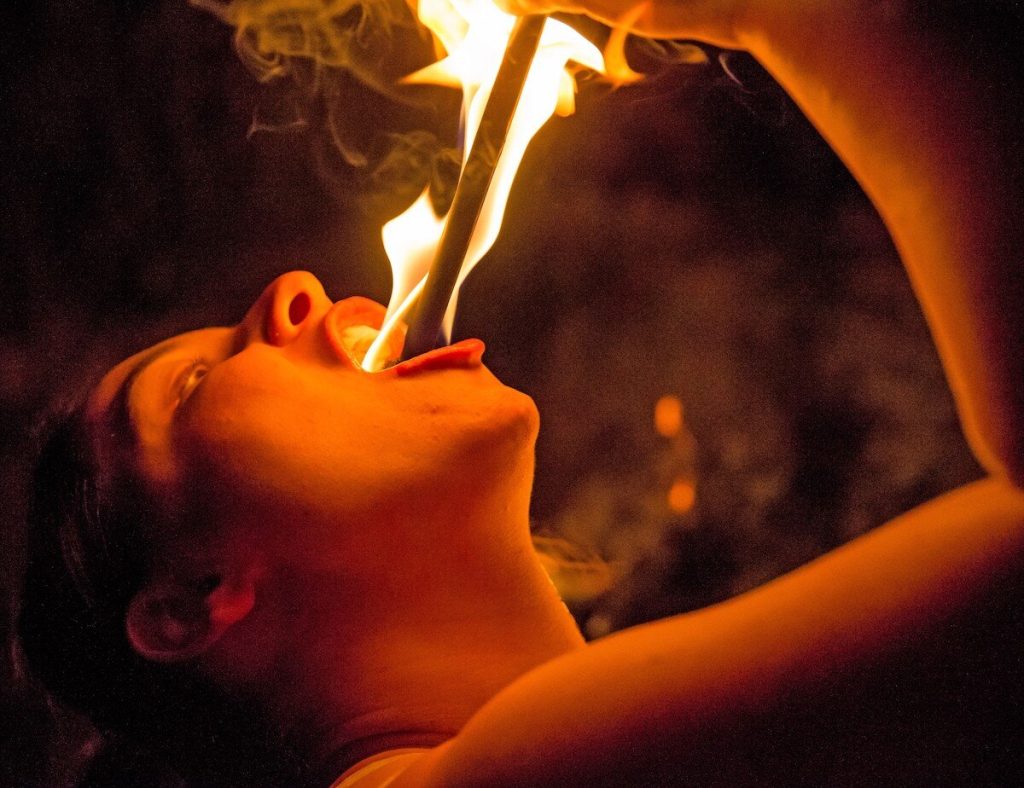 A Body Immune to Heat and Fire

At this point, she moved on to show that her mouth was not the only area immune to fire. She would heat a shovel to a high temperature and then press the shovel against her hair and her arms, leaving each unburned. To finish off her performance, she would lick the shovel, and the audience could hear the hiss of the heated metal touching her tongue.

Her fame spread. Everybody wanted to know her secrets but she would dismiss all queries by saying she used “a secret composition.” But English scientists agreed that any protective liquid or ointment she might have created could not possibly withstand the kind of heat generated in her performances.

Related: The History of Magic from Dark Art to Pop Entertainment

Debunkers and skeptics were unable to find any trickery in her performances. Believers would attend her performances again and again. She truly seemed to be able to tolerate materials hundreds of degrees hotter than the average person.

There’s no documentation of her life after she left England. She may have retired to a “normal” life or she may have continued performing in other countries.

Either way, Jo Girardelli remains the undisputed queen of the fire eaters, and how she performed her feats remains a mystery.

Sources
The People’s Almanac #2: A Completely New Book from Cover to Cover

Knights of the Golden Circle, Treasure and John...