Giants are one of two things. Either they are a race of humanoid beings, much larger than humans, that lived around the dawn of man or they are just very tall people. For the latter, there are some unfortunate people who suffer from a rare disease known as gigantism. As for the former, there are numerous written and oral legends of the existence of ancient giants. Some say there is even hard proof in the form of historical remains. 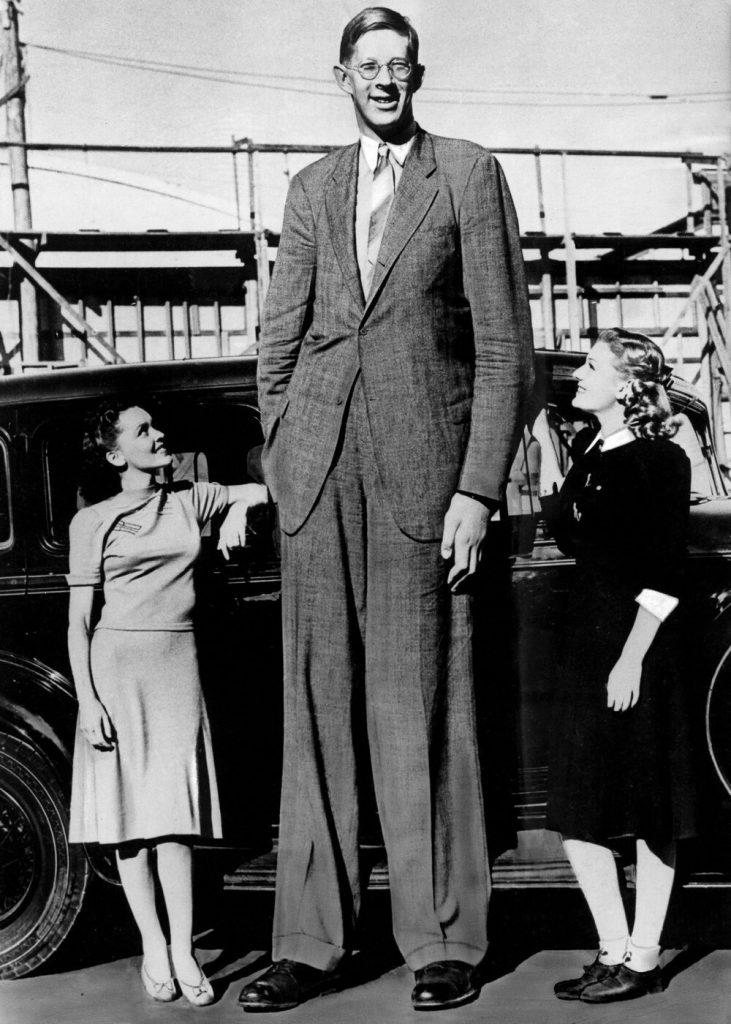 Robert Wadlow was the tallest man recorded in history. He measured 8 ft 11.1 in.

Giants in the Bible

There were giants in the earth in those days, and also after that, when the sons of God came in unto the daughters of men and they bare children to them, the same became mighty men which were of old, men of renown. 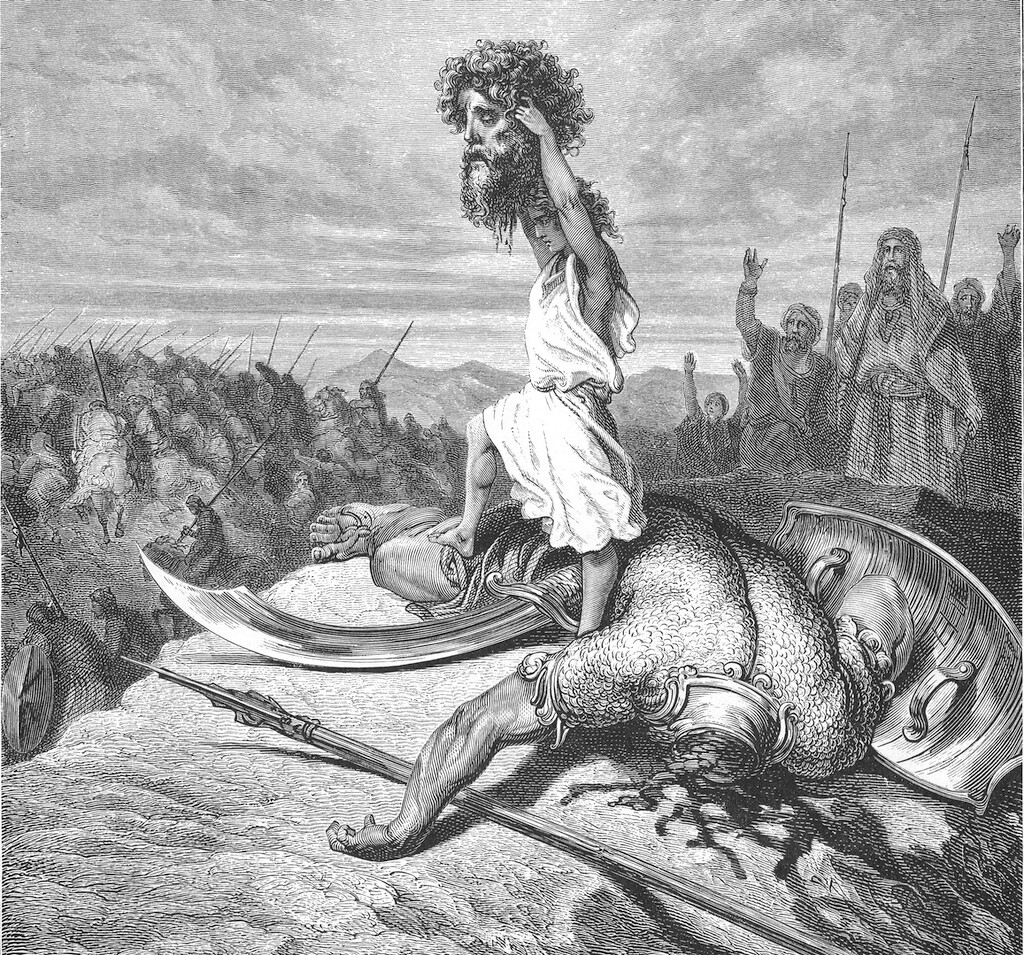 Note: There are several translations of this text, all quite different. Some hint that the sons of God are not humans, but perhaps some other godly creatures. There are also other parts of the Bible that mention large people, but none is quite clear.

What Was Considered a Giant?

This leaves us having to define the word giant, which is near impossible, given the context. Were they actually huge humanoids or were they exceptionally tall people in a world of people demonstrably shorter on average than what we see today? Other mythical texts and oral histories are much clearer on this account, though these other texts are widely disregarded as historical text (apart from religious history).

This is in contrast to the Bible, which is widely held as non-fiction. Regardless, these other histories have to be taken into account, if one is trying to define the history of giants and potentially find proof that they ever existed.

Giants in History Around the World 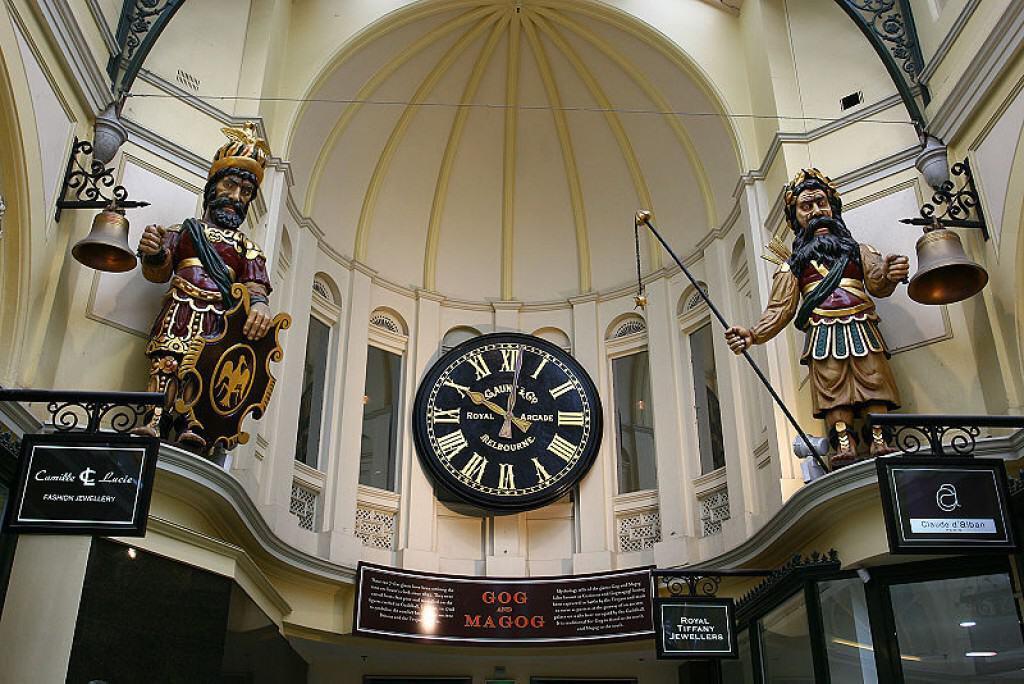 Accounts of giants exist all over the world and go quite far back. Greek legend has several giants, notably the Cyclops. There are also legends in the Middle East, South America, and all the way to Australia. The Jewish figures Gog and Magog are actually touted as the guardians of London to this day.

Adam Rainer: The Giant and Dwarf

Many of these giants’ dimensions are given as quite larger than humans, and they are clearly noted as being a different race. However, legends, myths, and folklore, while containing a modicum of truth, are often greatly exaggerated. Therefore, between the myths, legends, and the Bible, there is not a scrap of incontrovertible evidence that proves ancient giants existed. Therefore, we must turn to the fossil record and possible graves of these “alleged” giants.

As for the graves of giants, there are none that contain remains that are significantly taller than the tallest humans. Yes, there are very old graves which contain some very tall humans and humanoids, but are they giants? Well, they could be biblical giants, as they could be just about anything humanoid and tall, but they certainly do not belong to legends that speak of giants larger than even the tallest of humans.

There are tombs in Sardinia known as giants’ graves. These are not the graves of giants. That is simply the name for the type of tomb, so there may be some confusion there.

Several photos exist on the internet of people excavating the graves of giants. Sadly, these are not evidence. Nearly all are proven hoaxes. They depict skeletons, next to humans and machinery, that are of such great proportion they would tower over a home. As far as we can tell, no such creatures ever existed. 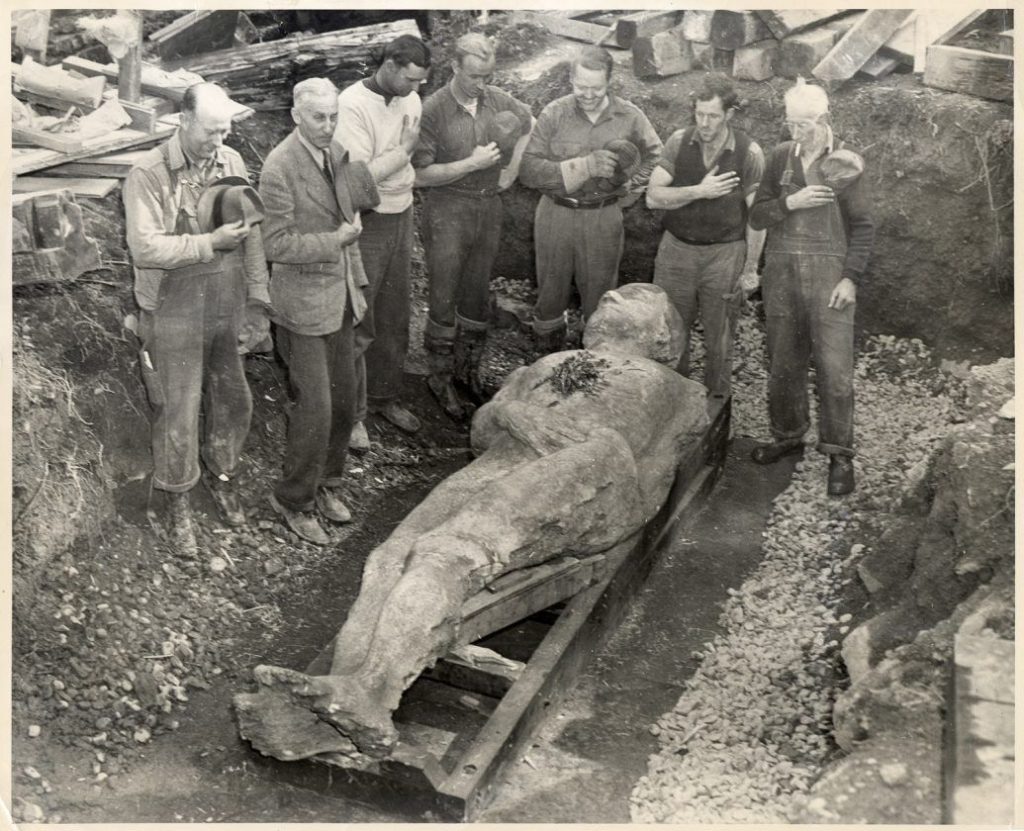 The Cardiff Giant was one of many hoaxes pertaining to the discovery of ancient giants. Image: The Farmers’ Museum, Cooperstown, New York

Hoaxes regarding giant graves are not a new phenomenon. In 1869, a man named George Hull staged the discovery of a “mummified giant” in Cardiff, New York. He had a fake ten-foot mummy made to demonstrate the ludicrousness of blind faith. It worked. Even after he confessed, people flocked to see his mummy.

What Do Fossil Records Tell Us? 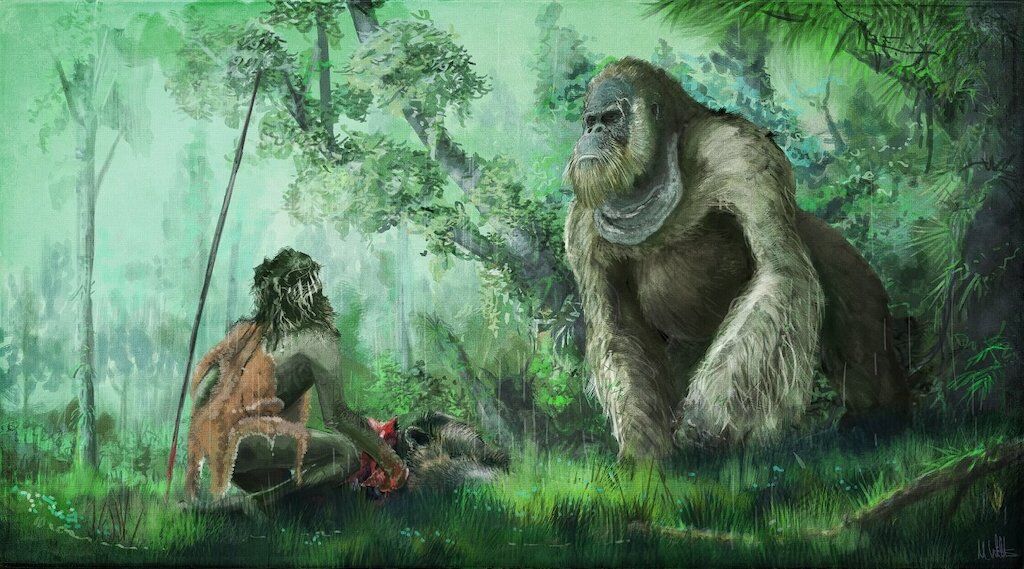 The fossil record gives us much more hope that the ancients were not simply crazy or dehumanizing people with gigantism. There was once a great ape that stood nearly ten feet tall. It is known as Gigantopithecus blacki. They are thought to have emerged about one million years ago and to have gone extinct about 100,000 years ago.

This means that they lived among other Homo species and even with Homo sapiens. Could it be that stories of Gigantopithecus blacki actually carried on for that long? Alternatively, did the bones of these huge apes bring about the legends of giants? It is hard to say, given that very few bones have been found, even in modern times.