Home » History » Adam Rainer: The Giant and the Dwarf
History

Human genetics and biology are amazing, but they can also go awry causing numerous disorders. Genetics determine many characteristics about us, including how tall we become. Most people grow to a standard height, give or take a few inches, but there are medical conditions that cause exceptions to this rule. Adam Rainer was a perfect example of this and grew to nearly eight feet. Had Barnum been alive at the time, he would certainly have drafted lifetime contracts for Adam. But he wasn’t just tall. What made Adam so unique is the fact that doctors labeled him as both a dwarf and as a giant over the course of his life. 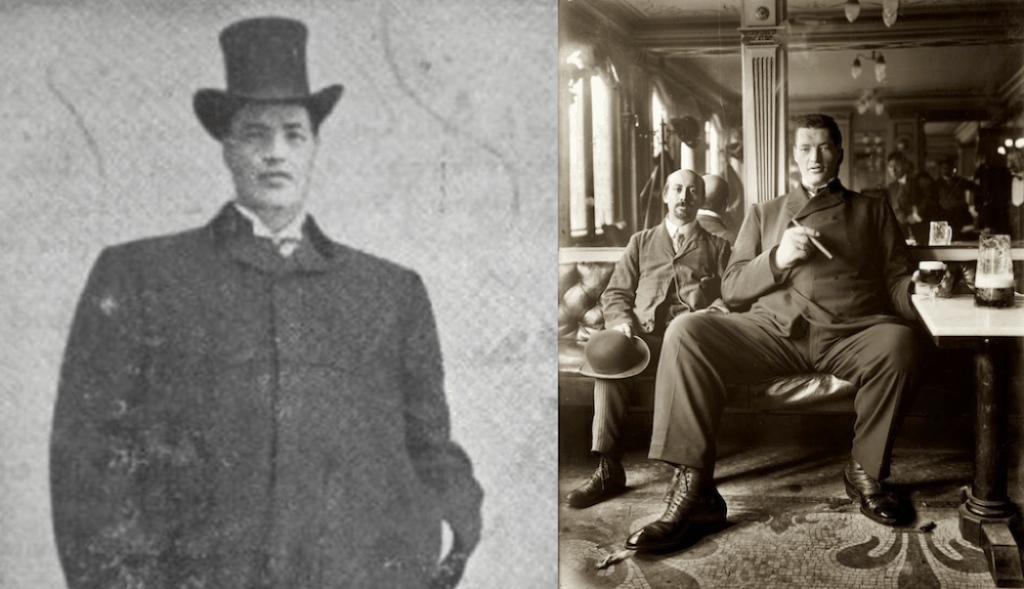 Doctors labeled Adam Rainer as both a dwarf and a giant at different times in his life.

Adam Rainer was an Austrian man born in Graz sometime in 1899. Both of his parents measured at average heights for men and women, as did his step-brother. Adam, however, did not.

In 1917, the young man was subject to conscription, and he was medically tested as per the Austrian Army’s instruction. According to doctors administering those tests, Rainer was too small and weak to be an effective soldier. At the time, they measured his height at just four feet six inches. One year after, he had grown two inches more. Although Rainer was in good general health at the time, the military rejected him because of his small stature.

In 1920, Rainer celebrated his coming of age at 21 years old. Records show that he was still small, thin, and weak. Something happened to him though. At a time when the average person stops growing, Rainer began to grow at an alarming rate. In the span of just one decade, Rainer went from four feet ten inches to a whopping seven feet one inch. Doctors were at a loss to fully understand why this occurred. But like Peter Mayhew (Chewbacca in Star Wars) and the late Andre the Giant, who were both over seven feet tall due to Marfan syndrome and acromegaly, respectively, Adam too had become a giant.

The most logical conclusion doctors could muster was that it could be a tumor on Rainer’s pituitary gland causing an extreme case of acromegaly. This is a medical condition that affects the amount of growth hormone produced. A small benign tumor on the pituitary is present in more than 90% of the cases. As the tumor grows, though, it can affect many different systems of the body. (NIDDK). 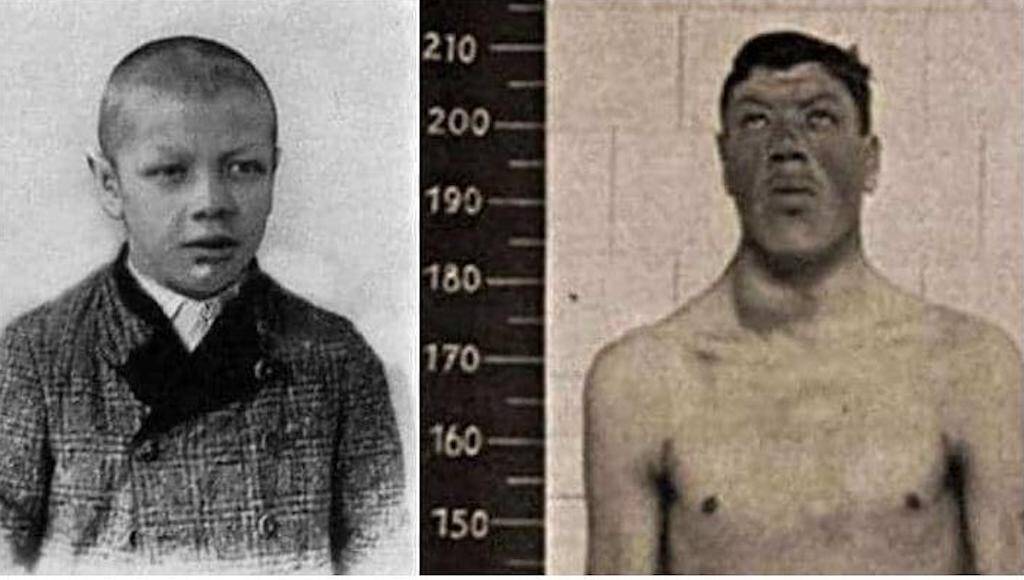 Adam Rainer as a child (L) and as an adult with visible medical issues (R). abc nyheter.

Outward symptoms can include enlarged hands and feet and possibly the forehead. Rainer had all three of these. Effects of acromegaly can also include diabetes, myopia, joint pains, migraine, skin disorders, thyroid problems, hormonal imbalances, and many others.

Did Giants Really Exist in the Past?

Roughly halfway through this growth spurt, Rainer began to suffer from deteriorating health issues. A spinal curvature became more pronounced and noticeable in 1926. His once healthy and normal appetite began to wane, and the simple act of eating became more and more of a chore. As the decade wore on, Rainer began to lose vision in his right eye. It wouldn’t take too long for him to lose the use of it, but he was still able to read books. Other health issues began to appear too. Rainer became deaf in his left ear.

Between August 1930 and May 1931, doctors A. Mandl and F. Windholz examined Rainer. The first thing they checked was his height. The ailing man measured in at seven feet one inch, but owing to his spinal problems, he had a standing height of six feet nine inches. The probable cause of his growth was confirmed. A tumor was discovered on his pituitary gland, and the decision was taken to operate.

Professor O. Hirsch conducted the procedure on 2 December 1930. In May the following year, Rainer was measured again. His height was the same as the previous time, but his spinal problems were much more pronounced. It was the conclusion of the doctors that the operation was not a successful one. At best, it just slowed down Rainer’s growth without stopping it.

Adam Rainer spent the latter years of his life bedridden. When he passed away in 1950, there was still debate surrounding his genuine height. Newspapers reporting his death stated that he was seven feet ten inches tall, but other sources claim that he was just a mere seven feet eight inches instead. Whatever his true height, one thing is not in dispute. Adam Rainer is the only person in medical history to have been classified as a dwarf and a giant.