The progress of mankind’s knowledge has always been consistently growing, except for one event that brought our understanding of science, mathematics, philosophy, medicine, and arts back hundreds of years. This was when the great Library of Alexandria, the ancient world’s first university, staffed by the most brilliant minds, vanished into oblivion with all of it’s priceless riches. 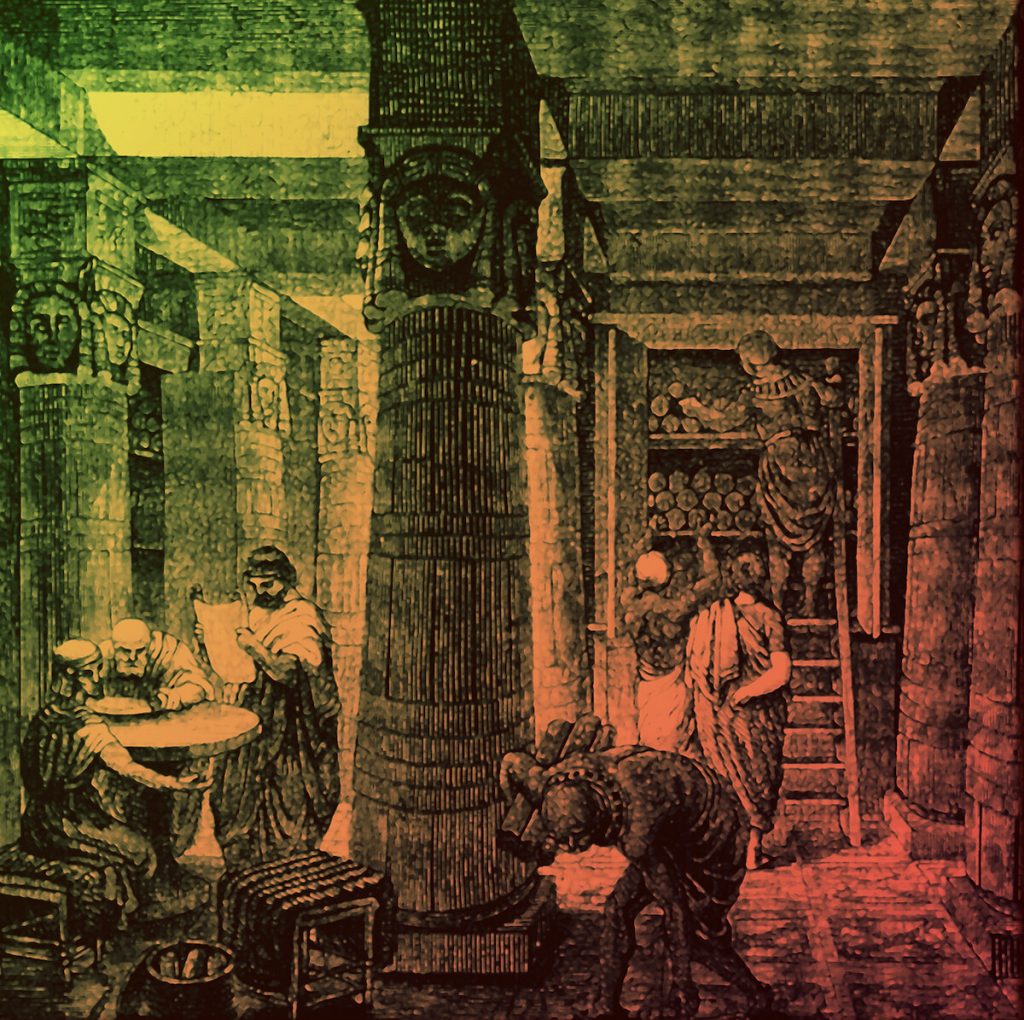 The creation of this library of Alexandria was credited to Ptolemy II Philadelphus, son of Alexander the Great, who founded Alexandria in 332 BCE.

The Library’s foundation was believed to have been set at or near the museum, absorbing Aristotle’s personal library into its structure in the third century BC.  The size of this library is unknown. It may have even consisted of multiple buildings rather than just one structure. It is the consensus of the archaeological community that the great library of Alexandria was at least two structures. The first being the Royal Library at the museum and the second known as the daughter library at Serapeum.

What we do know is that the Library of Alexandria contained a massive amount of scrolls (ancient books). Some estimates place the number of scrolls contained in the library between 500,000 and 700,000. By comparison, Trajan, the largest library in Rome only contained approximately 20,000 scrolls. In addition to the wealth of information stored there, some of the greatest minds in history made this library their home. Famous figures such as Euclid, Eratosthenes, Archimedes, and Galen were once part of the staff of 30-50 scholars who resided at the library. 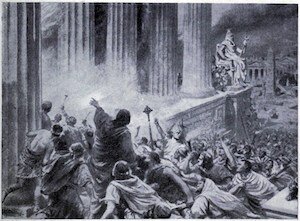 The Burning of the Library at Alexandria in 391 AD. ‘Hutchinsons History of the Nations’, c. 1910

For over 600 years, the Library was the center of learning and the great repository of mankind’s knowledge of the world we will live in. But it wasn’t to last and as time slowly slipped forward its fate and remains have long been forgotten.

Many suspects have been named in contributing to the destruction of the library. The multiple assaults by Rome on the city, Muslim invaders, religious leaders, as well as natural disasters such as earthquakes and tsunamis. In fact, the sea level has risen 6.6 feet since the great library of Alexandria was founded. But the mystery remains as to what really caused the end to such a treasure of knowledge. And if this library was as large as described in ancient texts, why can’t we find any remains?

Discovery of Over 40 Ancient Shipwrecks in the...