In 2007, workers of Ratanakiri province of Cambodia noticed food disappearing from their settlements near the jungle. Suspecting wild animals, one of the workers placed food in an open area and waited to see what came out of the dense brush. Soon after placing the bait, a woman came out of the trees and loped awkwardly towards the food. hey restrained and prevented her from fleeing back from where she came. The local media dubbed her the Cambodian Jungle Girl and postulated that the non-verbal girl had spent her life growing up in the jungle. 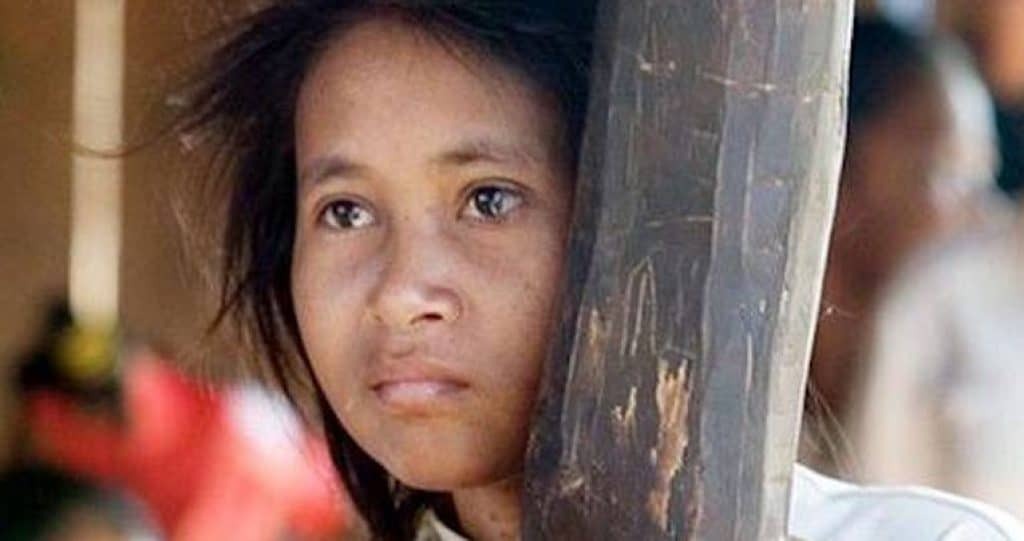 For many years, locals attempted to determine who the girl was. In 2016, the mystery of her identity was finally solved.

The Un villagers came to gawk at the woman. But one man, a Lumchor policeman named Sal Lou, excitedly claimed the woman as his long-lost daughter, Rochom P’ngieng, who vanished in 1989 while herding water buffalo. He stated he could identify her by a scar on her arm. However, there were scars all over her body. As nobody in the village knew what to do with the strange woman, the policeman brought her home to his house.

A 2007 photo of the Cambodia Jungle Girl then known as Rochom P’ngieng .

Was This Cambodian Girl Missing for 18 Years

The English newspaper The Guardian claimed that the story of the Cambodian jungle girl surviving in the wild for 15+ years was “nonsense”. They believed the woman was raised in some kind of isolated captivity and managed to escape from her captors and fled into the jungle shortly before she was found.

She mostly stays alone, laughing, singing, and talking to herself in her animal-jungle language that we cannot understand.

And there seems to be some evidence that the woman did not live in the wilds for long. When found, her hair and fingernails were trimmed. She also immediately knew how to use a spoon to feed herself.

You May Also Like: Peter the Wild Boy: A Once Beloved Resident of Kensington Palace

In July 2008, Radio Free Asia quoted Sal Lou as stating “She mostly stays alone, laughing, singing, and talking to herself in her animal-jungle language that we cannot understand.”

In 2010, the Jungle Woman vanished back into the jungle and was found two weeks later trapped under an outdoor toilet. She spent up to 11 days in a 10-meter pit of excrement.

She remained with Sal Lou’s family although no evidence proved she was his daughter. In fact, Sal Lou originally agreed to DNA testing but later rescinded his approval for the test. Sal Lou died in 2013 and Lou’s family continued to care for her as best they could. Mental health organizations and other NGOs continued trying to teach Rochom P’ngieng basic living skills.

But Rochom P’ngieng’s purported mother, Rocham Sory, found it increasingly difficult to care for her.  Sory suffered from debilitating cataracts that she could not afford to treat. P’ngieng often ripped her clothes off and destroyed spoons, forks, and plates. Sory resorted to locking P’ngieng in a cage-like hut to keep her safe and prevent her from destroying things.

There is no toilet or electricity in the hut. P’ngieng ate, slept and defecated on its wooden floor.  P’ngieng would only be allowed out of the hut to get washed.

In 2016, a man named Pel (some news sources identify him as Peo) came forward to say Rochom P’ngieng is his daughter Tak. Pel is from the neighboring Gia Lai province of Vietnam. Pel recognized Tak from photos of Rochom on Facebook.   Pel arrived in Cambodia with nine other family members, photographs and documentation to prove P’ngieng is his daughter. According to Tak’s adoptive parents, her likeness to Pel was too strong to argue. Sal Lou’s family allowed Pel to take Tak back to her home to Vietnam. Pel paid the family $1,500 USD for taking care of her for almost a decade. 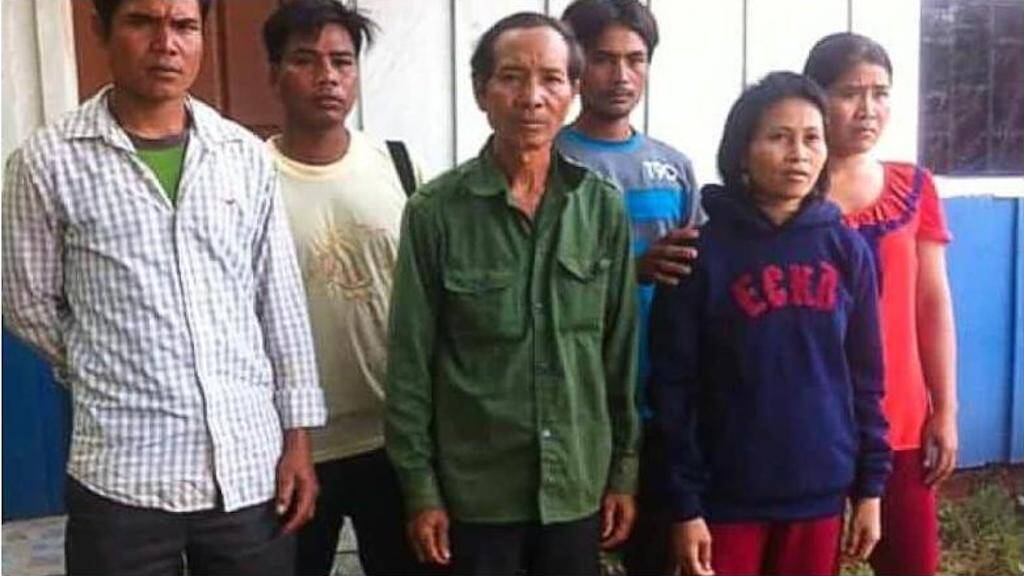 Tak, formally known as Rochom P’ngieng stands with her Vietnamese family in this photo taken in 2016. Her father Pel is standing to her right. Image credit: phnompenhpost.com

Although saddened Tak wasn’t Rochom P’ngieng, the adopted Cambodian family is still happy to see her reunited with her biological father. We are going to miss her, they said.

Other Cases of Feral Children

Tak is not a feral child. She only spent only a year on her own, and this occurred when Tak was a young adult. But there have been a number of famous incidents involving the discovery of feral children. For instance, Marina Chapman spent a large part of her childhood in the company of Capuchin monkeys. Chapman could not communicate in a human language upon her discovery. Another case involves Ivan Mishukov, a feral child who between the ages of four and six, lived with wild dogs as their pack leader.

What Became of Anne Bonny, Irish Pirate of...