The Green Children of Woolpit were a young girl and a young boy found in a Suffolk, England village called Woolpit. Their supposed appearance dates back roughly 900 years. What makes them so memorable is the fact that they were supposedly green and allegedly came from a mythical underground land. 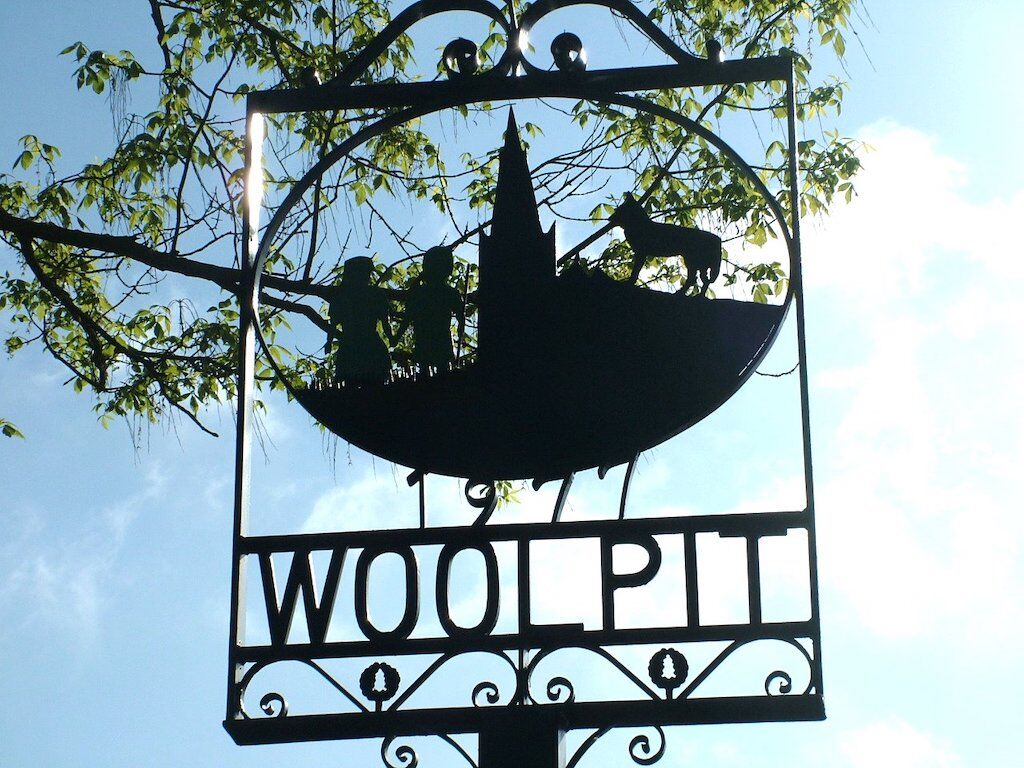 The village sign for the Green Children of Woolpit. Image credit.

Origin of the Story

The story of the Green Children of Woolpit emerged in English history during the 12th century CE. The events in the story are said to have occurred in the same century, possibly less than one lifetime before the story was first penned. That lends some credence to the story because often legend is either ambiguous about time, dates far before documentation or does not mention time at all.

The first written account of the Green Children of Woolpit dates to 1189. The next known account dates to 1220 CE and states that the events took place sometime between 1135 and 1154.

The story (both early versions) has it that the villagers in Woolpit found the Green Children near some wolf pits. The children had a green tinge to their skin, wore strange clothes and spoke a language that the locals did not recognize. 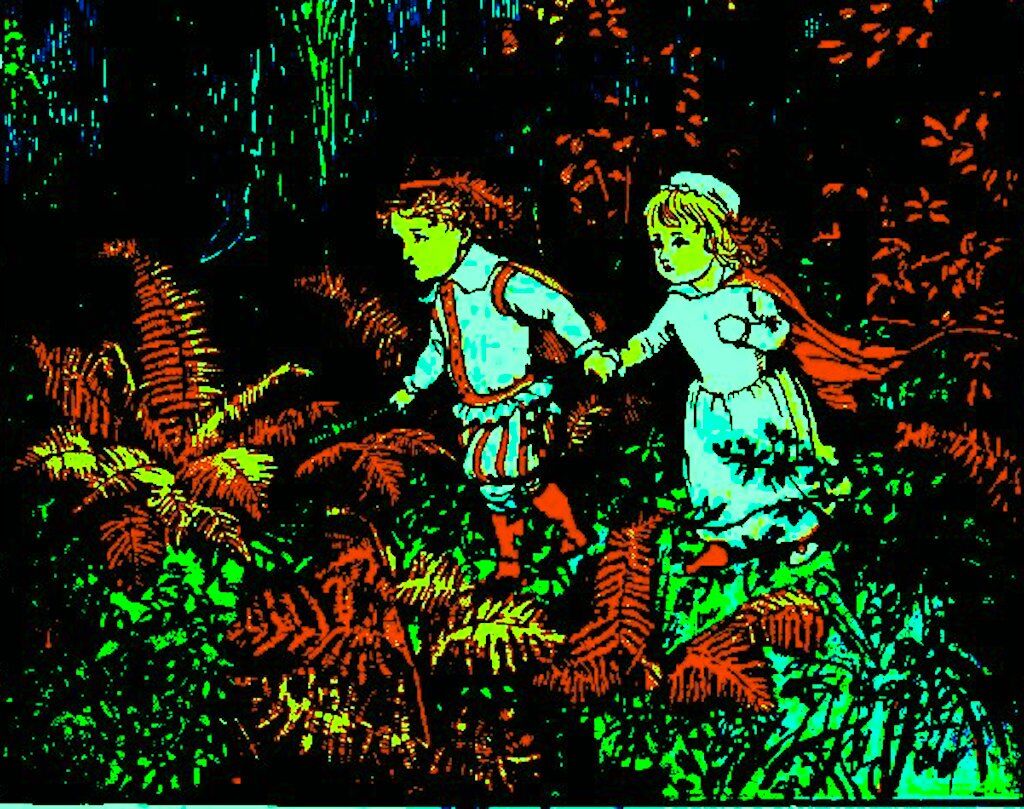 Randolph Caldecott’s 1879 illustration of the two children in the woods.

When brought back to Sir Richard de Calne’s home, the children refused to eat. It took days before the villagers could find food the children would accept — fava beans. They eventually developed a taste for other foods and lost their green coloring. After a time, the children were christened, but the boy was unhealthy from the moment he was found. He died soon after his christening.

Depending on which version you read, either the girl or both the boy and the girl learned English. In the version where just the girl learned — as the boy was dead — she told the villagers that the boy was her brother and they were from “St. Martin’s Land” where twilight is perpetual and there is a big river separating them from another land. All the people there are green. She and her brother were tending the family herds one day and went into a cave that led them to Woolpit. In the version where both learn English, the boy corroborates this story. The girl supposedly grew up, took the name Agnes and married.

There are a few possible natural explanations for the children and the ordeal they described. There are also supernatural ones. Supernatural suggestions include that the children are extraterrestrial or that their supposed story is true, though no cave to the underworld has been found in Woolpit. Natural suggestions for their skin color include malnourishment, which is known to cause a green tinge to the skin, arsenic, also known to turn the skin green and diet.

So what happened to them? One must conclude that the children got lost, were abandoned, lost their parents or were abused. There is no mention of their age, so it is hard to tell just how young they were when they told their story. They may have been young enough to interpret memories incorrectly or to fabricate a story to suppress the trauma. Whatever the case, there was a town by the name of Fornham St. Martin near Woolpit. It is possible that is “St. Martin’s Land.” 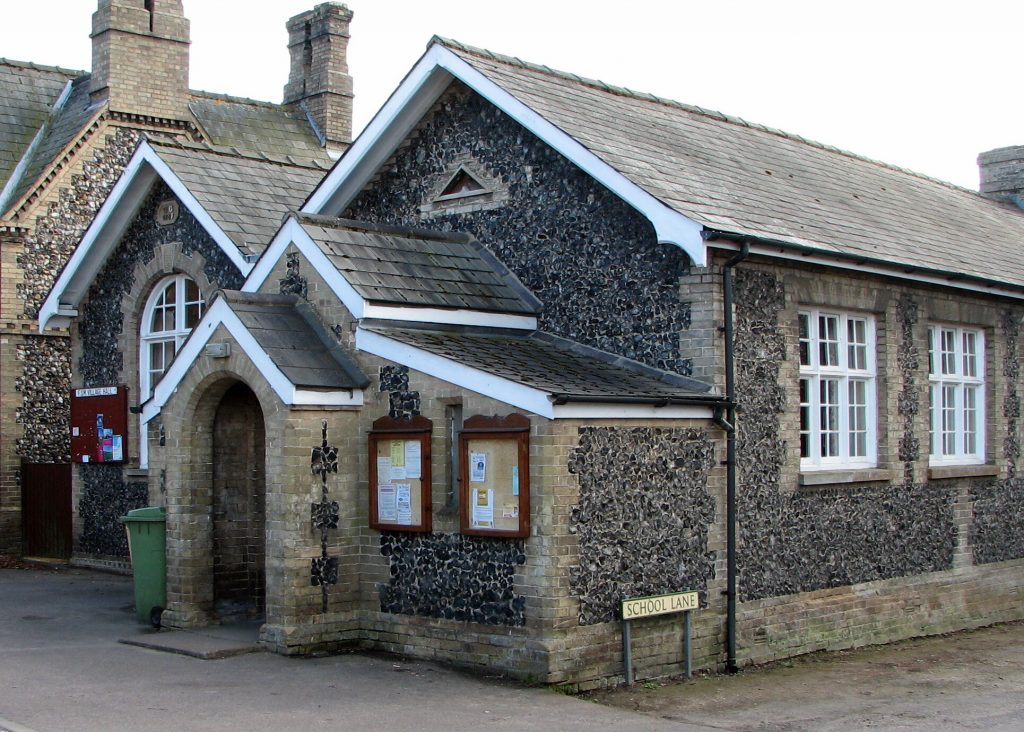 The Green Children of Woolpit are a part of England’s history and a part of Woolpit’s culture. People have been trying to track down Agnes’ descendants, if any, for centuries just to show that the green girl lived. It is not certain that the story is true, but it is so explainable that it is difficult not to separate it from folklore, which typically has obvious deviations from reality that cannot be explained away.

Thus far, Agnes’ descendants elude us, making it impossible to prove anything. This effectively keeps the story of the Green Children of Woolpit in the realm of mystery.