Cicada 3301 is perhaps the most mysterious seemingly Internet-based organization in the history of online mysteries. Since 2012, the group has posted numerous puzzles online under that name and has made no reference as to what it does or even where it is from. No one knows who runs it, assuming it really is an organization or even the name of a single member. Cicada 3301 is able to keep its reputation with so little information strictly because of the interesting scavenger hunt of sorts it has released for three years running. 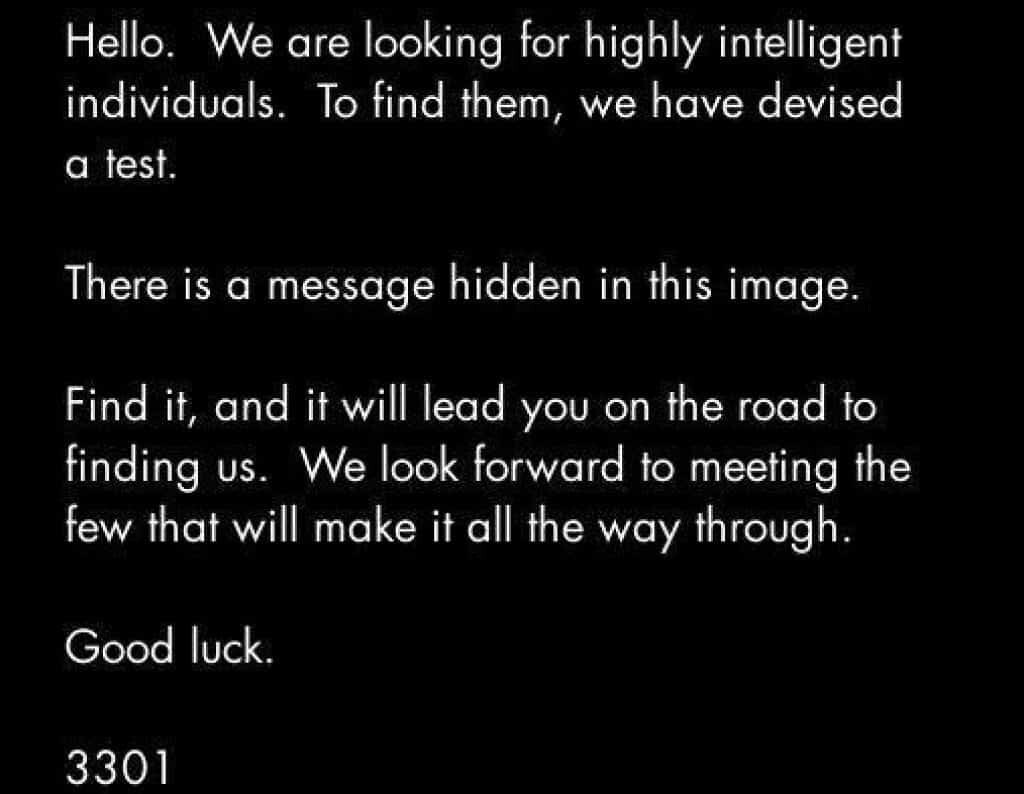 This image was posted to 4chan image boards, inviting people to participate in the Cicada 3301 Alternate Reality Game.

It all started on January 5, 2012, when a 4chan user posted a steganography clue on the “random” board. The image stated that Cicada 3301 was looking for “intelligent” people. In fact, the word used was “recruiting.” For what, no one has said and Cicada 3301 is certainly keeping it a secret. The image hid a clue that takes some level of specialized knowledge to find. It involved a Caesar cipher, which is pretty standard crypto, but the rest took at least some technical knowledge.

From there, and in future puzzles, clues varied greatly in skill-set necessary for solving and even location. Some of the clues were in physical locations, making it necessary for people who could not reach the clues to use posts on the Internet to get further in the hunt. Moreover, some of the references in the clues are pop culture, literature, and other non-tech topics. In fact, one might say Cicada 3301 is dropping literary references like a hipster in Starbucks. What knowledge of steampunk literature and classical music has to do with whatever Cicada 3301 is recruiting for is unknown. 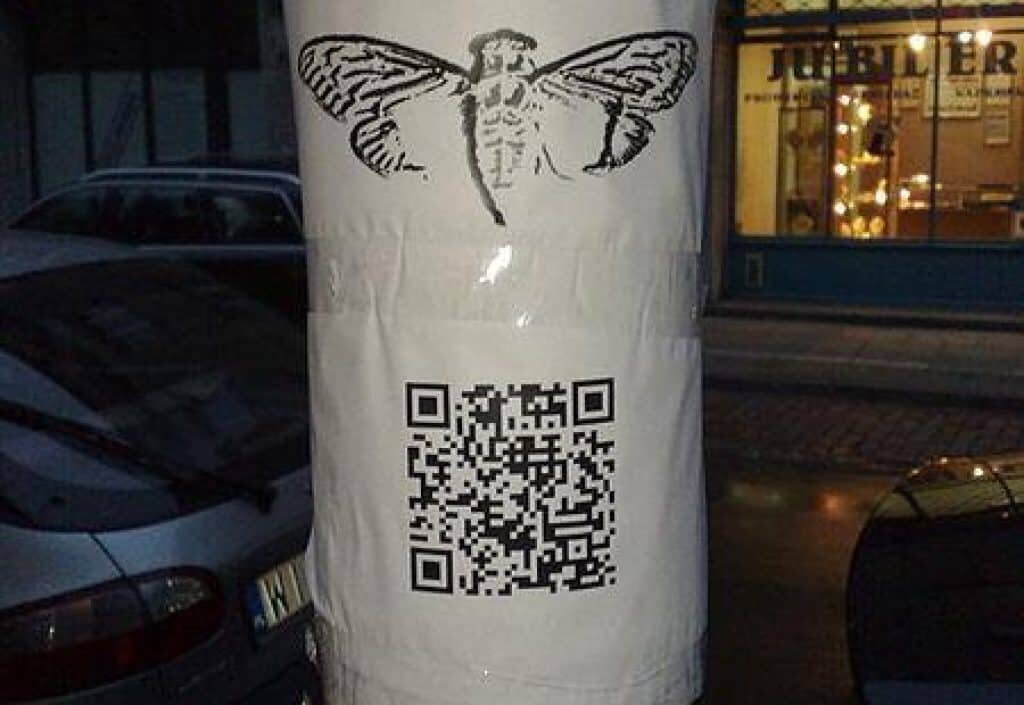 Cicada 3301 poster found in Warsaw, giving a QR Code for a website in the game.

Some have touted the Cicada 3301 puzzles as unsolvable. This is not true. Several have solved the hunt and have allegedly received emails from the organization. Still, no one has come forward and stated what they were recruited to do if anything. Judging by the puzzles, it is possible that Cicada 3301 is simply a cyber group like Anonymous. Kind of disappointing for those imagining they will get a job working with James Bond types at MI6 after solving the puzzles. Of course, there is also the possibility that it is really MI6, the CIA, or a similar organization.

Information security, cryptography, and a number of other skills necessary to crack the puzzles offered by Cicada would be helpful to virtually any large organization, which makes it hard to discover who is behind it. In fact, this would not be the first time an organization used such tactics to recruit new members. We have to assume that Cicada succeeded on that front, as it stated that it found the people it needed after the first puzzle. It began all over again on January 5, 2013, and again on January 5, 2014, so it must be an ongoing recruitment effort.

At this juncture, it is impossible to tell when these recruitment efforts from Cicada 3301 will stop, but that is not stopping people from looking forward to the next year’s puzzles. Even the possibility that the end of the rainbow just holds a bunch of nerds patting on each other on the back is not enough to deter potential “winners.” It may not be a very public honor, but it must be satisfying to know you have reached the end of one of the most famous puzzles in Internet history.