For no apparent reason, she just started to dance. In July of 1518, in full view of her neighbors, Frau Troffea began to violently dance in the streets of the city of Strasbourg, France. There was no music and her face betrayed no expression of joy. She appeared unable to stop herself from her frenzy. The Dancing Plague of 1518 had started.

A 1642 Engraving by Hendrik Hondius portrays three women affected by the dancing plague.

Had this remained an isolated incident, the city elders may have put it down to madness or demonic possession. But soon after Troffea began her dancing, a neighbor joined in. And then another.

By the end of a week, more than 30 people were dancing night and day on the streets of the city. And it didn’t stop there. By the time a month had passed, at least 400 citizens of Strasbourg were swept up in the phenomenon.

Let It All Out 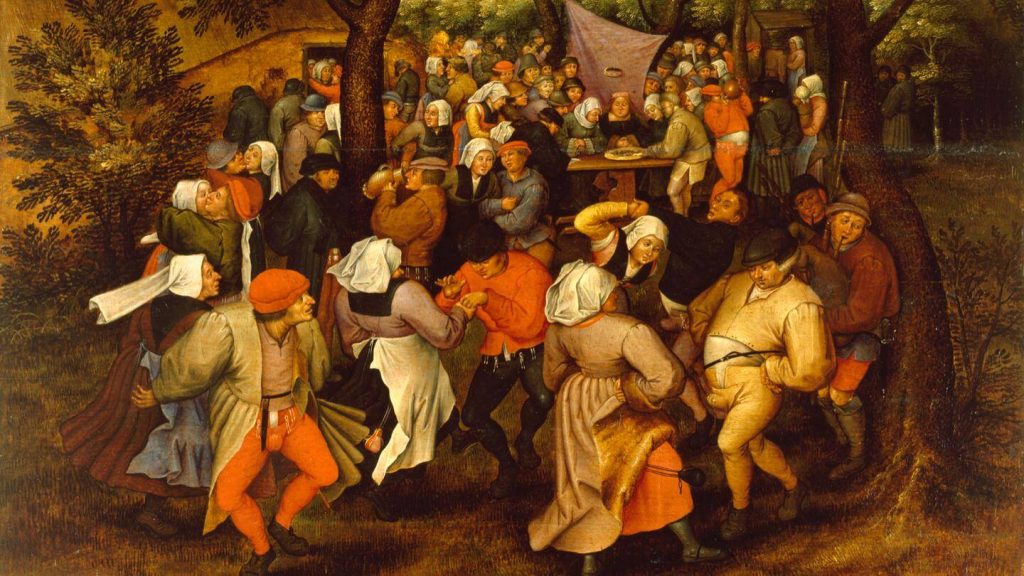 The unexplainable urge to dance lasted for over a month.

This all sounds like some archaic bit of folklore. However, the dancing plague of 1518 is clearly chronicled in medical, civic, and religious notes of the time.

Modern researchers pore over those notes to develop theories as to what caused this bizarre incident.

One of those theories postulates that the dancers were the victims of mass hysteria. These are instances when more than one person believes they are afflicted by an identical malady — often during times of extreme stress within the affected community. The Strasbourg incident occurred during a time of rampant famine and malnutrition and subsequent deaths. But 400 people? A well-known recent incident generally seen as an example of mass hysteria is 1962’s “The Tanganyika Laughter Epidemic” which affected only 1,000 people in Tanzania.

A second theory is in the realm of agriculture. The condition called Ergotism occurs when grains of rye are attacked by a specific mold. Eating the infected rye can lead to seizures, although the movements of Strasbourg’s afflicted looked much more like traditional dancing than seizures of any sort.

A final school of thought states that the dancing was in result of some kind of religious ecstasy caused by veneration of Saint Vitus, the patron saint of epilepsy.

None of the theories completely explain the 1518 dancing.

Bit by bit the dancers stopped, and the dancing would end as mysteriously as it began.

The Mystery of the Burke and Hare Murder...

The Lost Mine of Ophir and King Solomon’s...