The imagination of cultures across time has produced a wide range of mythical beasts such as dragons and minotaurs. Not a fact known to many, are the many tales of dog headed men from different cultures around the world. The proper name for this phenomenon is “Cynocephaly.” 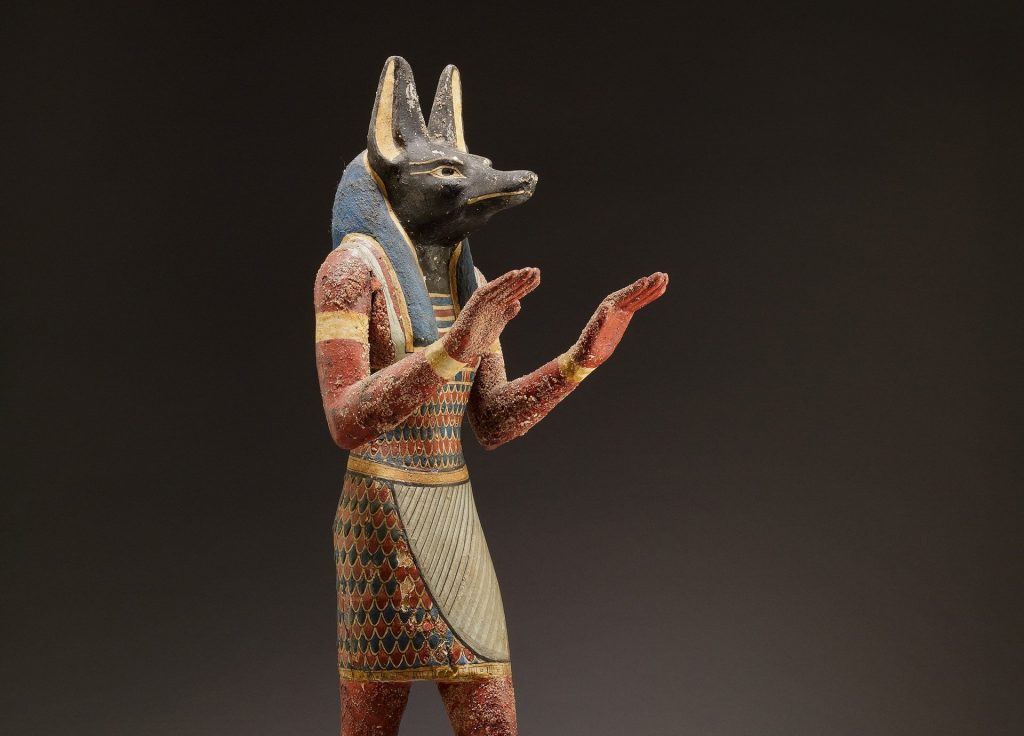 Cynocephaly is not a werewolf, but a creature or god with the head of a dog or jackal and the body of a human. China, India, Egypt, Greece, and medieval Europe all have stories of Cynocephaly is their myths and legends.

Probably the earliest example of Cynocephaly is the Egyptian god Anubis. This god is depicted with the body of a man but with the head of a jackal. Anubis was a god of death and the underworld. Paintings of Anubisare are visible throughout Egypt’s ancient sites. 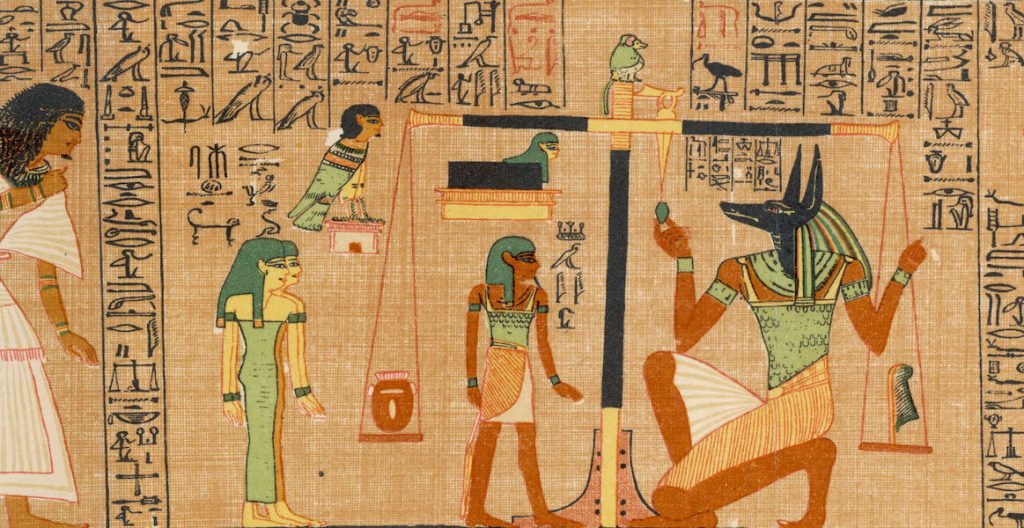 Anubis weighs the soul of the scribe Ani, from the Egyptian Book of the Dead, c. 1275 BCE. Image: Mary Evans Picture Library.

While the Greeks may not have had dog-headed gods, they reported India and Africa as locations where Cynocephaly purportedly existed. As far back as the fifth century BCE, a Greek doctor wrote about dog-headed men in India. Later, a Greek explorer described dog-headed men, also in India, who spoke to each other by barking and were primitive savages by nature.

“In the same part of India as the [crimson-dye] beetles, are born the Kynokephaloi (Cynocephali) (Dog-Heads), as they are called–a name which they owe to their physical appearance and nature. For the rest they are of human shape and go about clothed in the skins of beasts; they are upright and injure no man, and though they have no speech they howl; yet they understand the Indian language.”

Centuries later, even the elders of the Catholic Church believed such beings existed. Saint Augustine pondered in his writings if dog-headed men were held to the same moral laws as humankind and if they could be saved. 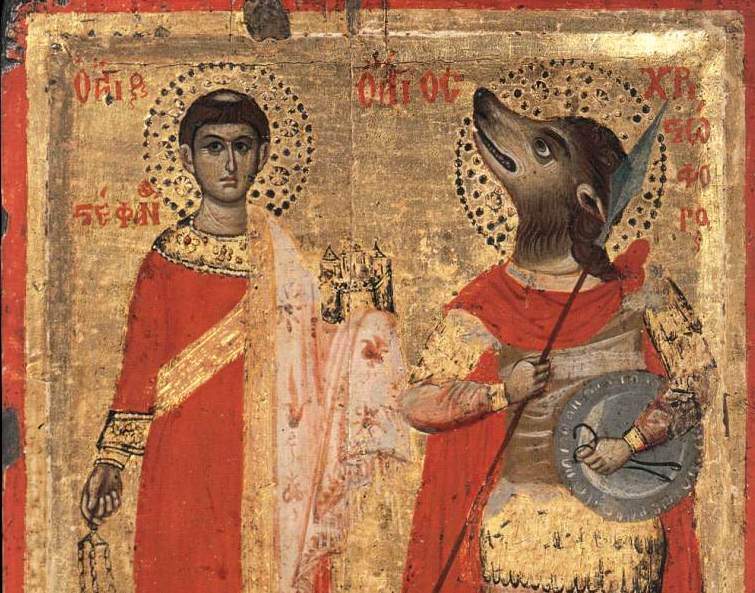 But Augustine was not Christianity’s only delving into the subject. Very bizarrely, some ancient icons of Saint Christopher depict him as having a dog’s head. The story goes that he led a sinful life in this form, but when he reformed and became baptized, he transformed into a man with a human head.

Dana Rehn, University of Adelaide, provides some insight into the prevalence of Cynocephaly in early Christianity.

They signified humanity’s reduction to its most bestial and primitive forms for those who did not follow the one true prophet of Christ. Therefore, evil-doers were easily recognizable and the cynocephali illustrated the sin of defying God.

Even King Arthur gets into the picture when he and his army allegedly defeated a band of dog-headed soldiers in the mountains surrounding Edinburgh.

Used as an Insult

The whole phenomenon later degenerated from belief into a form of name-calling when Charlemagne proclaimed that the Norse race, his enemies, all had dogs’ heads. Chances are Charlemagne didn’t believe this as literally true.

And although he never claimed to encounter them personally, Marco Polo reported sightings of Cynocephali on the Andaman Islands in the Bay of Bengal. 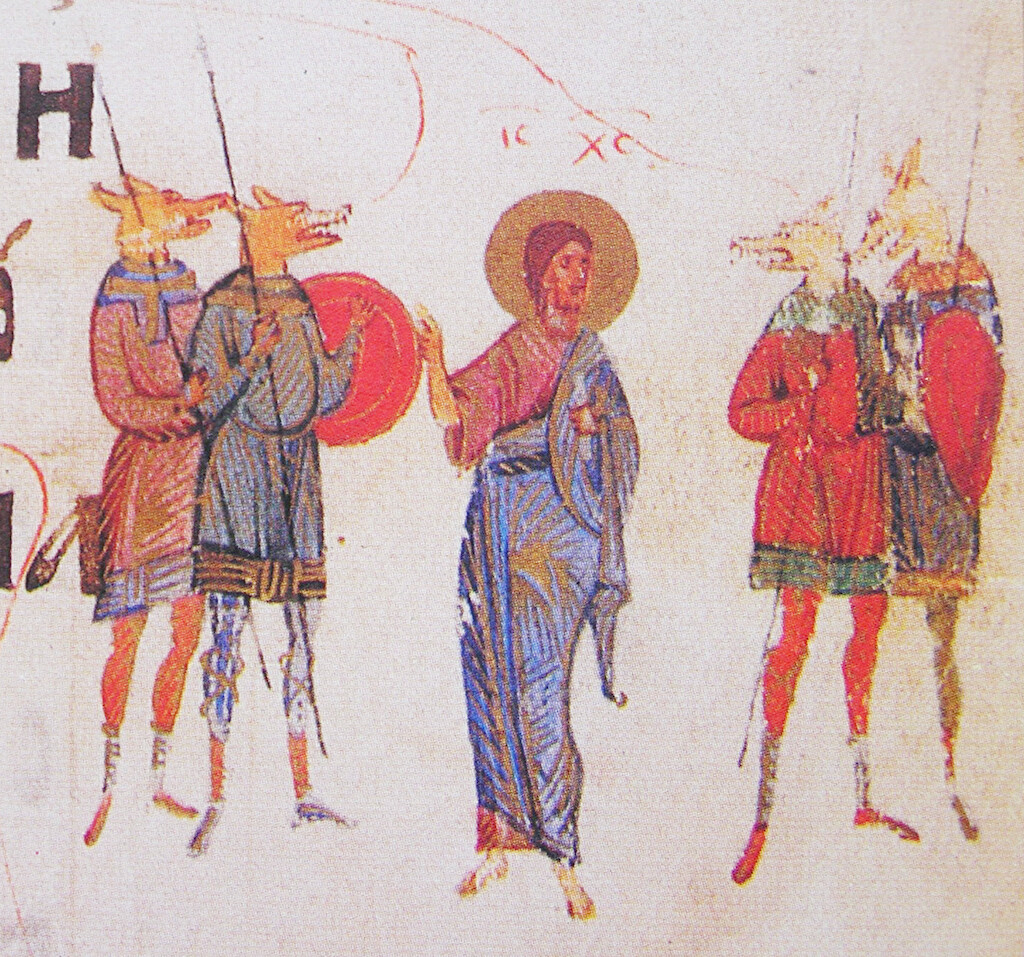 The tales are not all ancient. Current sightings of what people claim to be humans with dog heads have happened in Michigan, Wisconsin, and the Shetland Islands.

There have been no skeletons of dog-headed men discovered to back up these tales, and current believers are very few. But these Cynocephaly myths do make one wonder how the stories originated. Are these tales just remnants of an earlier long-lost global legend that later developed their own flavors within different cultures.