Is There Really Any Fort Knox Gold

From a Civil War Fort to a Gold Repository

When imagining the largest single collection of bullion, most people think of Fort Knox gold reserves.

Fort Knox, America’s only gold depository began life in the middle of the Civil War as just another fort in the conflict. This site must have been of significant strategic importance, as both Union and Confederate forces battled for control of it on numerous occasions. Once the war concluded, the U.S. Army took control of the site and, in time, renamed the site after America’s first Secretary of War Henry Knox. 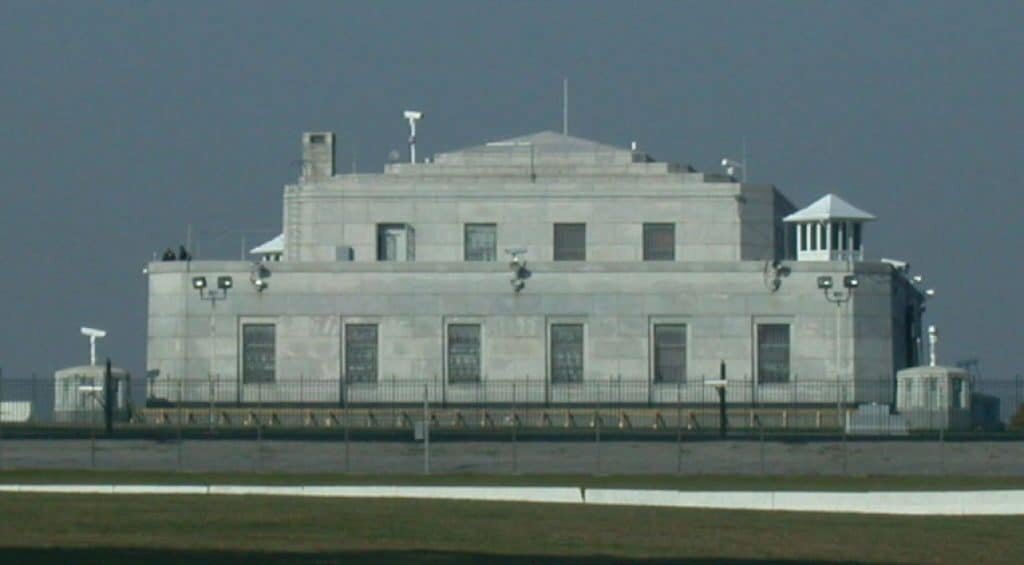 As the fort began to evolve it also began to grow. Surrounding lands were bought up and converted into additional grounds as situations dictated. The modern site is now protected by 109,000 acres of US Army territory and deep inside the structure is a 75-year-old vault that is known the world over. There is a growing number of people that know this vault for what is generally believed to be inside it.

The United States Mint provides these facts on their website: 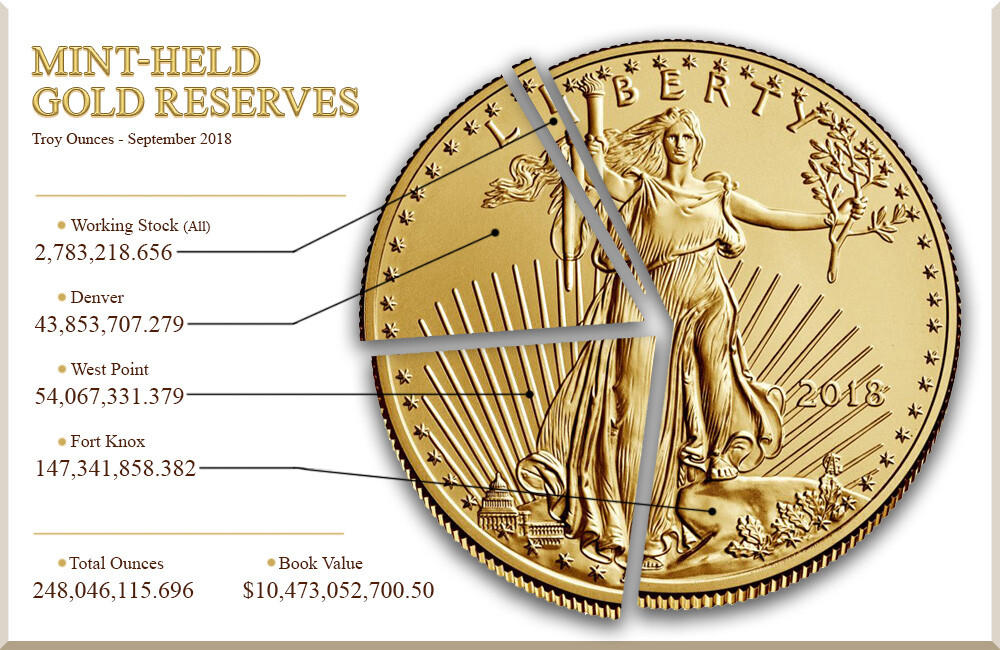 A 2018 graphic from the U.S. Mint showing the gold reserves at Fort Knox, West Point, and Denver.

To all other people outside of this small band of believers, the massive granite walls still contain the estimated $168 billion worth of bullion.

The main evidence behind the belief that the vault is empty is two-fold. Firstly, only a handful of people have ever been inside the vault itself, and the gold that is believed to be there has not been audited since the mid-1970s. The bunker has been deemed to be a highly classified venue and not somewhere that the Government will simply open the doors for the general public. There are many such venues all over the country, and not just in America. 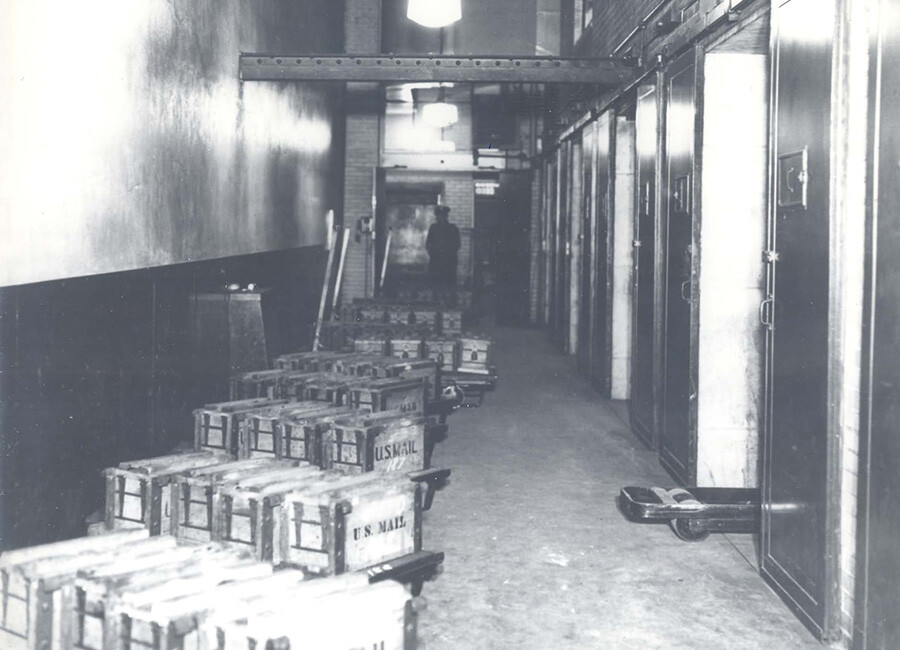 Another cause for the suspicion is how the gold ended up in the bunker in the first place. Once construction was completed, the gold bars were shipped by U.S. mail and ferried in by an underground mine car. These nine cars were accompanied by a team of sharpshooters all armed with machine guns. The bullion also made part of the journey by an Army convoy protected by a US Cavalry Brigade.

Ever since it’s arrival, no-one has been permitted to actually see the gold in place. A US Mint spokesman once admitted via email that the accountants that audit the Mint have had a presence at Fort Knox, but did not admit how much gold is inside.

2008 Libertarian Presidential candidate Ron Paul went on record saying that he wanted to have a look. To that end, he pushed for a bill intended to audit the Federal Reserve. Paul doesn’t believe in the conspiracy that Fort Knox is totally empty though.

My attitude is, let’s just find out what’s there.

Paul is not alone in wanting to peer inside the vaults. A conspiracy group calling themselves Gold Anti-Trust Action Committee (GATA) also wants to see the doors to the vault opened up in public. But their desire is a more selfish and political one. This group is very much against the Federal Reserve (FR) and are uncomfortable with the FR’s increasing power. In addition to this resentment, GATA also feels that gold itself is a major factor in current interest rates.

A Declining Need From The Gold Standard

If Fort Knox really is empty, then it raises the question as to why this is so. One possible answer might surprise a few people. Gold and bullion experts consider Fort Knox’s influence or importance to be waning. The decline of the iconic building likely began in 1971 when the United States started the move away from the gold standard.

Up until this point, Americans had a much healthier belief in the currency. Whatever gold left inside the vaults is now considered an asset on a balance sheet and not part of the monetary system anymore.

It isn’t all doom and gloom for the fortress though. Even if there isn’t any gold in Fort Knox, the building may still be needed in the future as a depository because gold is still the ultimate in money. At the very least, it’s the ultimate in symbolism.