This fossilized damselfly in Cretaceous amber used its sizable legs to find a winning mate.

Even 100 million years ago, males were strutting their stuff to get the girls. A team of scientists recently studied a beautiful fossilized damselfly, similar to a dragonfly but smaller, encased in Burmese amber dating back to the mid-Cretaceous Period. Although many insects have been examined in amber, there have only been a few damselfly samples, and this one is particularly special. It displays highly enlarged, decorated front and hind legs that it used to attract a worthy female. This is the oldest piece of evidence that reveals details about the courting behaviors of this water-loving insect. 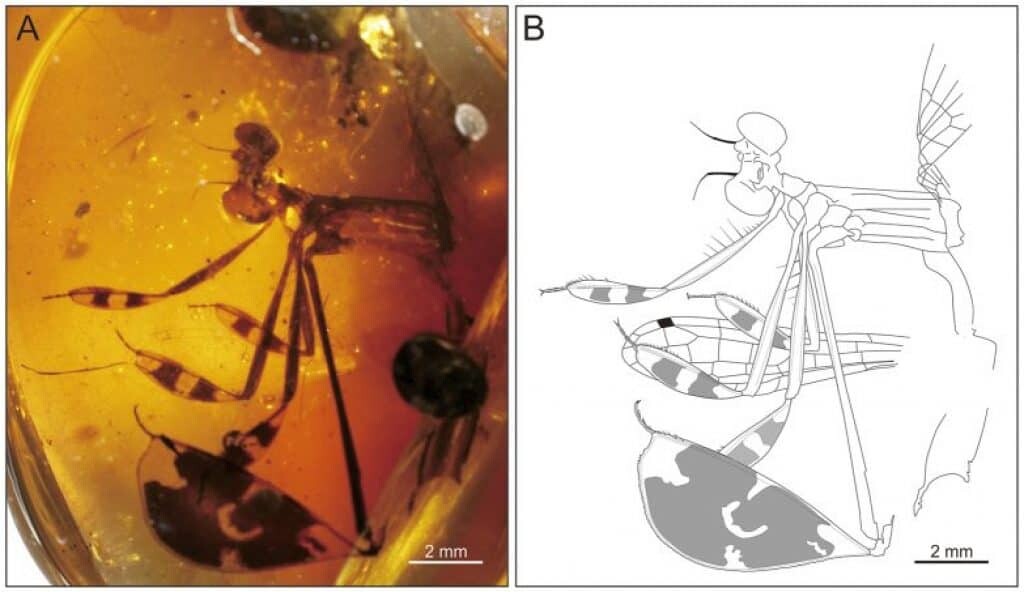 Damselflies are aquatic insects that live in or around lakes, ponds, bogs, and rivers. They are related to dragonflies but tend to be much smaller, as noted. Other insects are their primary food of choice, although the young nymphs are known to eat very small fish as well. This fossilized damselfly is in a new genus since it has different characteristics than other damselflies known to date. Scientists named it Yijenplatycnemis huangi (Y. huangi), after the person who donated the amber sample, Mr. Huang Yijen.

Size Counts in the Animal World

When it comes to mating, sometimes bigger is better. Peacocks have large feather plumages, larger apes tend to have larger harems, and larger insects can often fend off predators better during mating. Damselflies today use their wing and leg markings to flash the females during their fluttery courting dance. Those that have attractive decorations and show off well tend to get more mates and fend off more predators with their displays. A few even have larger legs. But, none today have the massive hind tibiae that Y. huangi had. It boasted a pod-shaped hind segment of 6 mm long and 3 mm wide. This is large, considering each wing length of only 11-14 mm. Its front legs were also bigger than in modern damselflies. 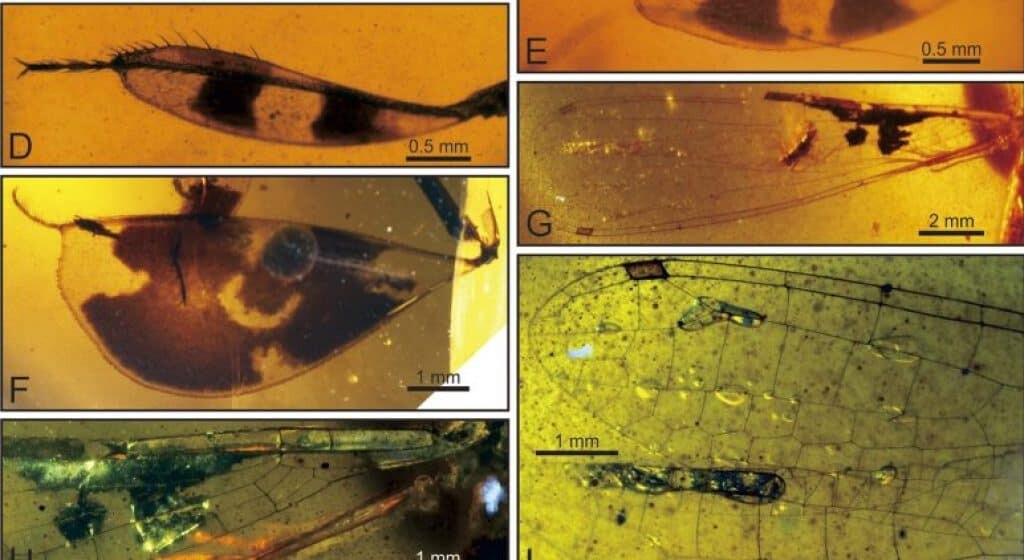 In addition to their greater size, the legs of Y. Huangi display colored patterns. Its front legs each have two thick stripes, while its huge rear tibiae have pigmentation along with an eye-spot. While the eye-spots on a butterfly serve to deflect attacks to the butterfly’s body, scientists speculate that the spot on this fossilized damselfly may be another method to attract a mate, such as the eye-spots on a peacock’s feathers.

Y. Huangi’s sizable legs could have certainly given the fossilized damselfly an advantage with the females in the mating department. If he could attract more females, he could be pickier with his final selection. However, there was a definite drawback. The heavier weight would have slowed him down and would have made it easier for predators to catch him. Thus, the higher chance of mating correlated with a higher chance of death. If the adult life of Y. Huangi only lasted a few weeks, like that of modern damselflies, perhaps it was completely worth it. 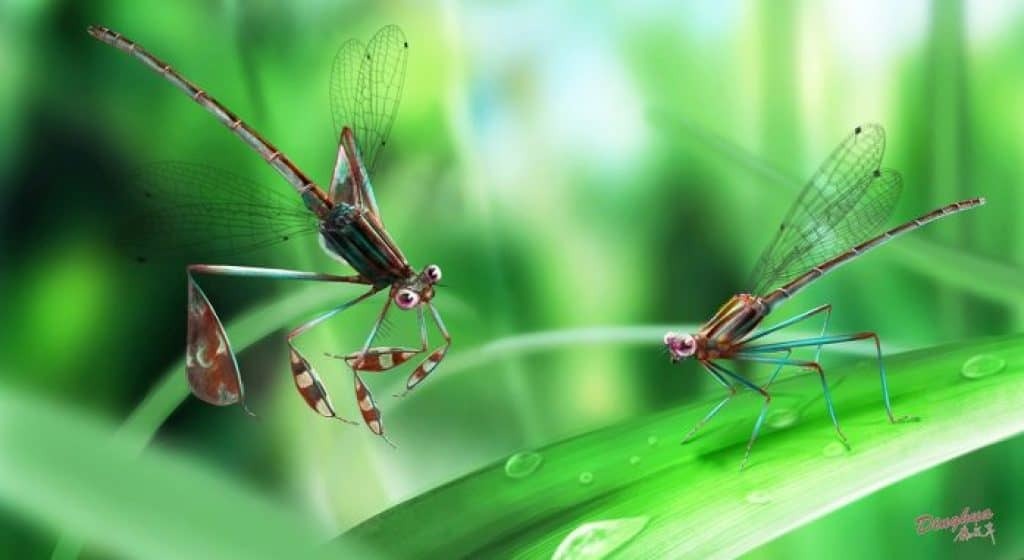 Ultimately, this fossilized damselfly tells us that courting rituals were alive and well 100 million years ago. The impressive size and color patterns of his tibiae fanning back and forth in an alluring dance in front of the female would have surely caused her to offer herself up for the final act before death.