Santa Claus, Saint Nick or Father Christmas has many names, some that date back centuries. In modern times, Santa is tied to Christmas, the Christian day of Jesus Christ’s birth. The world knows him as a magical and jolly man who lives in a village in the North Pole. There, elves make all of the Christmas toys so Santa can deliver them on Christmas Eve. Naughty children get nothing or perhaps coal in their stockings. Some people think Santa was just a mythological fabrication designed to scare children into good behavior. However, the history of Santa Claus may have some basis in reality. 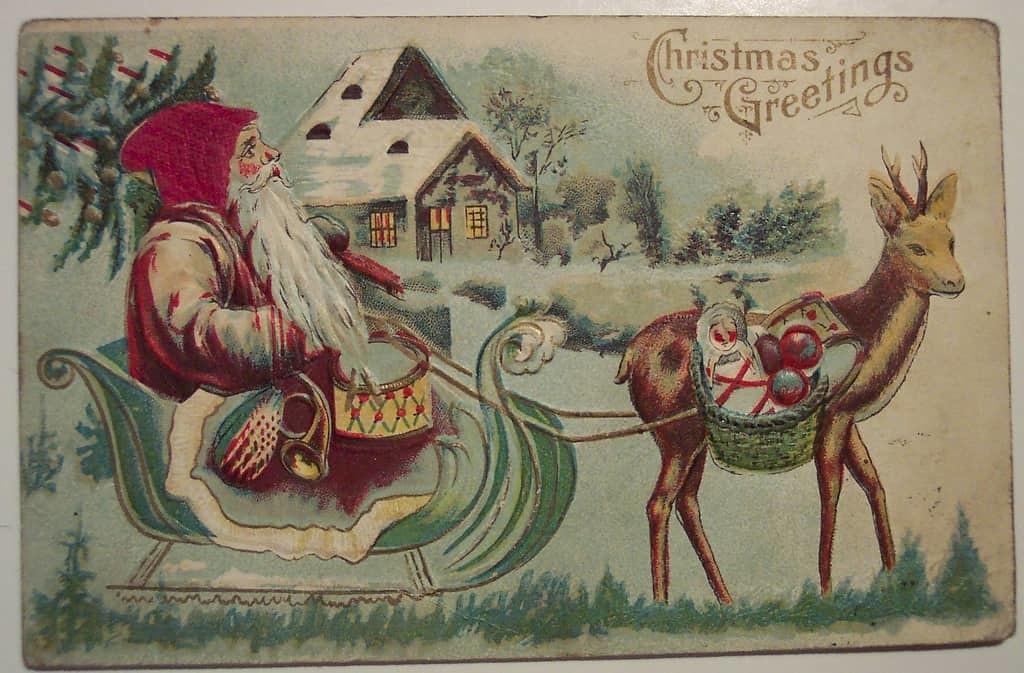 The history of Santa Claus goes back thousands of years. CC 2.0, Dave.

Let us start with the Coca-Cola Santa that we know and love today. This Santa Claus appeared out of nowhere in American literature and was quickly transformed into a staple of western culture. The picture of jolly old Santa is the product of a late 19th-century cartoonist, while the 19th-century poem that spurred the image was a little something called “Twas the Night Before Christmas.” In this poem, Santa is a “jolly old elf,” though he is normal-sized now. His “eight tiny reindeer” are normal-sized as well. In fact, the only small things about Santa are his elves.

The history of Santa Claus (a name obviously derived from the much older “Sinterklaas”) is much more than his belly and stature. Thanks to “Twas the Night,” Santa has the assistance of eight reindeer who pull his sleigh on Christmas Eve to deliver presents to all the good boys and girls. Today, we have names for his reindeer: Dasher, Dancer, Prancer, Vixen, Comet, Cupid, Donner, Blitzen. Rudolph is the “most famous reindeer of all,” and was a 20th-century addition to the team. 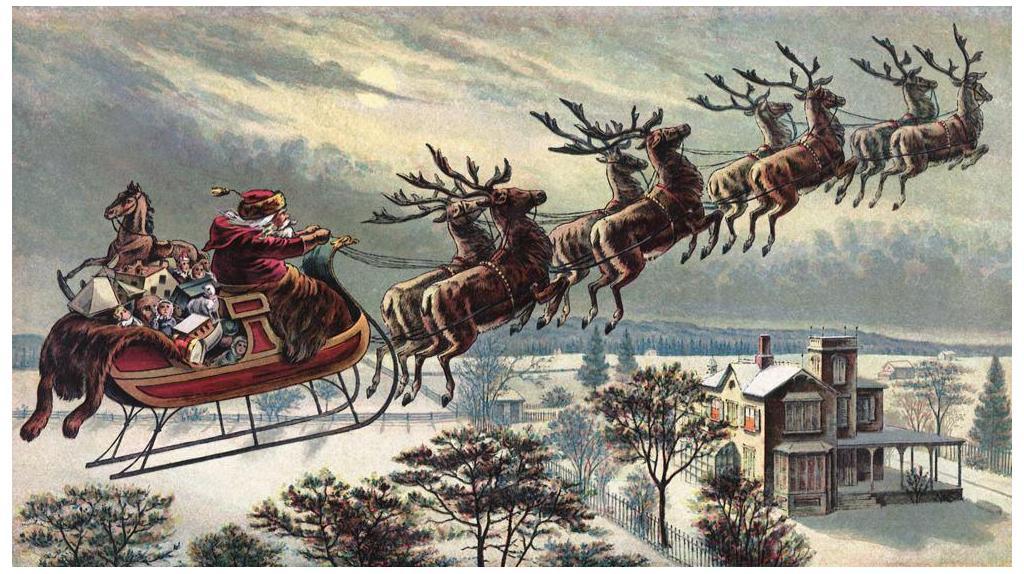 The History of Santa Claus

Saint Nicholas of Myra (270-343) is most likely the inspiration for Saint Nick, the Saint Nicholas of Christmas lore, and Sinterklaas. He looked very different from jolly Saint Nick as we know him today. However, he did have a beard. Before even him was Odin and his flying, eight-legged horse Sleipnir. At Yule time (the Pagan predecessor to Christmas), Odin would leave gifts for children who left out treats for Sleipnir.

Sinterklaas is probably visually the closest thing historically to Santa Claus. He had a big white beard, wore a red bishop’s hat, and had miniscule helpers. Even more telling is that he kept a book that listed which children were good and which were bad. He is still celebrated in and originates from areas near, in and around Germany, France, Belgium, and the Netherlands. The legend of Sinter Klaas has also spread to places like Indonesia and South Africa.

About the mid-19th century, Scandinavia got its own Santa. They call him “Tomte.” The name is quite similar to “Tanta,” which is the name of Santa’s adopted father in the television special “Santa Claus is Comin’ to Town.” That may be a coincidence. There is also Christkind as a Christmas gift giver, but this myth is a childlike creature. Father Christmas is the British version which provided the inspiration for Dickens’ Ghost of Christmas Present.” He is a skinny-looking version of Santa Claus. Father Christmas dates back to at least the 17th century.

So, where and why did the concept of an old man giving away presents emerge? Saint Nicholas goes back more than one thousand years. Maybe because he was the patron saint of children and was known for his selfless deeds of gift giving, parents continued to tell his story to perpetuate attitudes of thoughtfulness. Perhaps it was also convenient for them to throw in the good behavior bit – after all, good behavior often does result in a better outcome. Bad behavior, on the other hand, often leads to less desirable things. The story may have been an adaptation of Odin and applied to Saint Nicholas to supplant the story of its pagan roots. Whatever the case may be, one thing has certainly changed over the years — children expect far more gifts from modern Santa than from the Santas of Christmases past.