On the concrete floor of an abandoned mental hospital known as The Ridges, there is a stain in the shape of a human body. The stain marks the spot where a patient, a woman named Margaret Schilling, died, after lying undiscovered for several weeks. The stain was created in 1979 and has drawn much speculation as well as curious visitors. Forensic scientists recently tested the stain and determined it was caused by human decomposition. 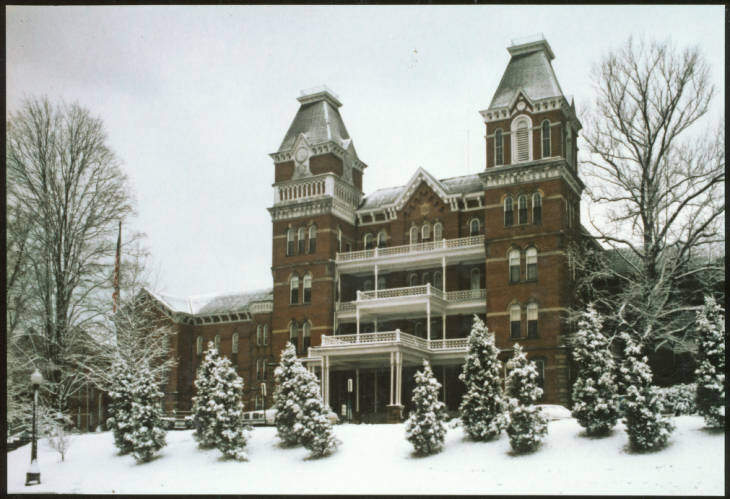 The Ridges was originally known as The Athens Mental Health Center. Located in Athens, Ohio, it first opened in 1874. Large asylums like this were common in America during this period because treatment mostly involved separating the mentally ill from society. Therefore, enormous buildings needed to be built to house all the patients. The Ridges could comfortably hold roughly 550 patients.

However, as the years passed, many more people were admitted to the asylum. By the 1950s, this hospital was way over its capacity. Close to 2,000 patients crowded the asylum. Even with all these patients, there were several wings and even entire floors which remained untouched and unrenovated as the years went by.

A Stain in the Shape of a Human Body After Margaret’s body decomposed and this stain remained.

In one of these rooms on the top floor of the hospital, remains the vestige of Margaret Schilling. She was a patient found dead in this room in 1979. On the floor is a large stain, in the shape of a human body, where she was found. There are many different myths surrounding her story; some believe she was a deaf-mute who found herself locked in the upstairs wing after getting separated from the staff. Supposedly she could not call out for help and instead, died slowly in the room, all alone.

What Happened to Margaret Schilling? 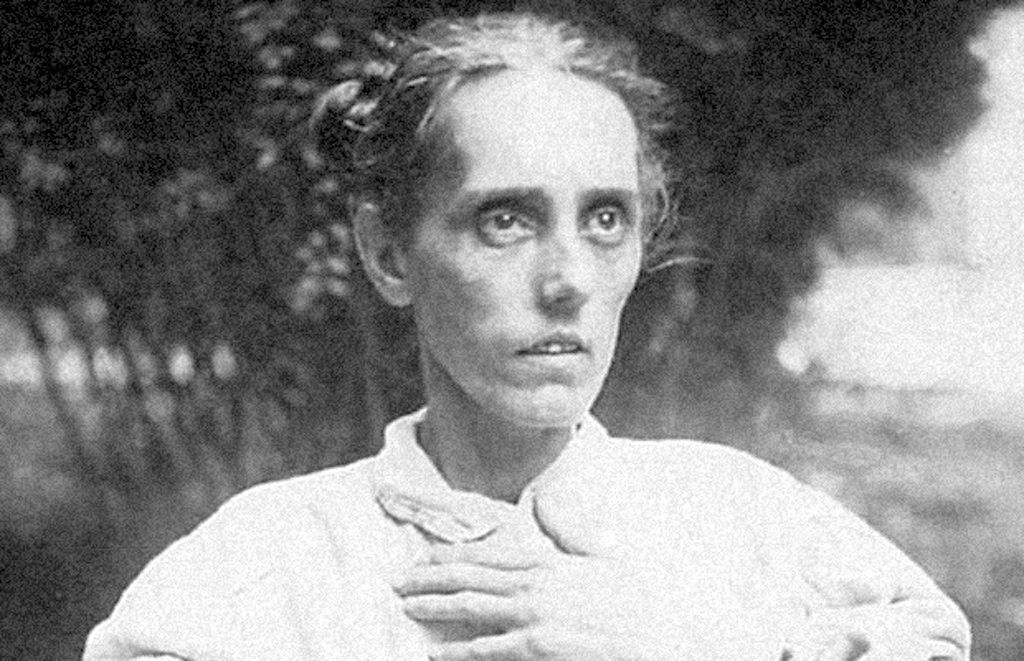 Margaret Schilling at The Ridges during the 1970s.

However, in reality, she was simply a woman with some mental disabilities. Margaret managed to get lost, lock herself in an empty ward, and couldn’t escape. She disappeared on December 2, 1978, and found just over a month later, on January 12, 1979. She may have died as a result of heart failure due to exposure to the extreme cold in an unheated part of the ward. Interestingly, she was found completely naked. Margaret must have removed her clothing, folded them neatly, and left it on the concrete floor beside her.

When they removed her decomposing corpse, they discovered her body left a permanent stain on the concrete. It’s believed the stain was caused by the body decaying, combined with the sunlight hitting her body in the process. Although there have been many attempts at cleaning and removing the stain, it has remained.

The stain is still present at The Ridges today and has drawn thousands of visitors over the years.