The fifth planet out from the Sun is the most tremendous of all the planets in our solar system. Jupiter, or “The Gas Giant,” is two and a half times more massive than Mercury, Venus, Mars, Earth, Uranus and Neptune combined. With a mean radius of 43,441 miles, it’s unimaginable what secrets lie within it. The mysteries of the universe may never be fully discovered, but here are ten interesting facts about Jupiter.

1. Jupiter is the Fastest Spinning Planet

Jupiter spins at a speed of 28,273 miles per hour, which is almost 28 times the speed of Earth. It takes, on average, 10 hours for Jupiter to make a full rotation, meaning that Jupiter also has the shortest days of all the planets in our Solar System. Unlike Earth, it is a gas planet, which means that it does not spin as a solid sphere. The equator of the gas giant spins a little faster than the rest of its mass, and this forces it to bulge out in this area.

2. The Gas Giant Has Rings

After a five-year disappearance, Charles Jevington explained how he had discovered that Jupiter has rings. It was common belief that Saturn was the only planet with that particular feature in our solar system and there was no evidence to suggest otherwise. However, Jevington was met with disbelief and written off as a loon. Whether or not he discovered these rings on an extraterrestrial journey, is definitely up for debate, but several years later he was proven right. The rings were first encountered by Voyager 1 in 1979, and later investigated by spacecraft Galileo in 1990. Jupiter has four sets of rings:

These rings are difficult to see because they are dark and made up of small bits of dust. The spacecraft, Galileo, had a hand in discovering the source of the dust. Meteors hit the inner moon, which kicks it up and sends it into orbit around Jupiter.

3. Jupiter Can Be Seen Without a Telescope

Jupiter is the fourth brightest object in the sky. First is the Sun, then the Moon and then Venus. It will appear as bright as, or brighter than, the stars. In order to see Jupiter, there are methods that depend on its place in the constellations, the time of day and your location. A beautiful image to be seen is the northern lights on Jupiter.

4. It Has the Strongest Magnetic Field

An estimate of Jupiter’s magnetic field puts it at 20,000 times stronger than Earth’s. It is created in a different way than our planet’s as well. Earth has a magnetic field generated by a circulating core of molten iron and nickel, while Jupiter’s is said to come from hydrogen and helium. While there are no facts about Jupiter that suggest there is a rocky core within it, there may be. Truth be told, scientists are unsure of what actually causes its magnetic field. Due to this, there is an enormous magnetosphere. Jupiter’s magnetosphere is 150 times the size of Jupiter itself and 15 times larger than the sun. That makes it the largest structure in our solar system.

Facts about Jupiter have been gathered to suggest that the big red spot is actually an anticyclonic storm. This storm is said to have been raging for over 180 years and possibly more than 350 years.

6. There Have Been 9 Missions to the Gas Giant

Nine missions have taken place within the last five decades to gather facts about Jupiter. Each spacecraft had a specific mission, and most of them weren’t only visiting the gas giant. Here is a timeline of those spacecraft:

7. Named After a Roman God

Being the largest planet in our solar system, Jupiter was rightly named after the king of the gods in Roman Mythology. The Romans called this planet Jupiter because it was the largest object in the sky. They believed that made it the most powerful. Jupiter was not only the king of the gods but also the god of the sky and thunder, the direct translation of Zeus from the Greeks.

Jupiter was the mighty king of the Roman gods. His symbols were the eagle and the thunderbolt. Credit: unknown.

8. It Has the Largest Moon

Ganymede is the largest moon in our solar system, and it belongs to Jupiter. Interestingly enough, it is the only moon known to have a magnetic field.

9. There is No Season Change

Jupiter has a tilt of only three degrees, which means that this planet does not experience season changes. Earth has a tilt of 23 degrees, and that is why we do experience the seasons. Most other planets also have a similar trait, which makes the gas giant even more unique.

The main moons of Jupiter are the Galilean moons. They are Io, Europa, Ganymede, and Callisto. Facts about Jupiter always point to its massive size and its moons follow the same rule. These four are some of the largest objects in the solar system. They are bigger than any known dwarf planet. Of the remaining moons, 14 of them have yet to be named. 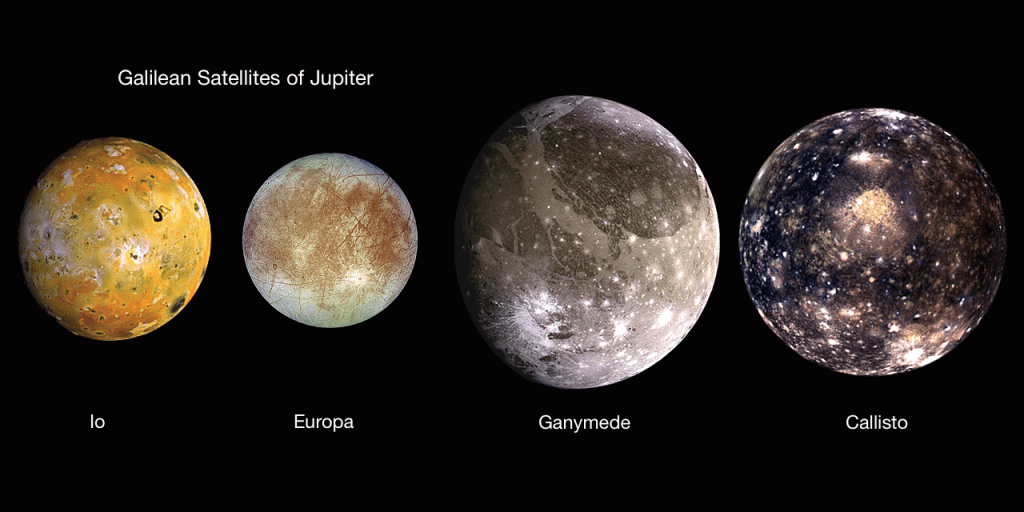 The Galilean Satellites are Jupiter’s largest moons, Io being the closest. Public domain.

Space travel will continue to be a fascinating topic, and Jupiter adds to the mystique. Though we know a bit, this planet is still vastly mysterious. Many facts about Jupiter are still being discovered as we continue to ask questions about the unending abyss outside the boundaries of our planet.

With an MS in Mass Communication from Boston University, Mike Jones chose the path of writing. He currently writes for the news publication argyllfreepress.com, where he shares his opinion on various topics such as technology or science.

How the Darien Scheme Changed the History of Scotland’s Independence