Graffiti serves a unique purpose in our world. Used mainly as a form of artistic expression or a memorial to important events in history. Other times it serves to mark territory or convey political messages. Graffiti has existed since cavemen began telling their stories through their drawings on cave walls. Here are some great examples of ancient graffiti. 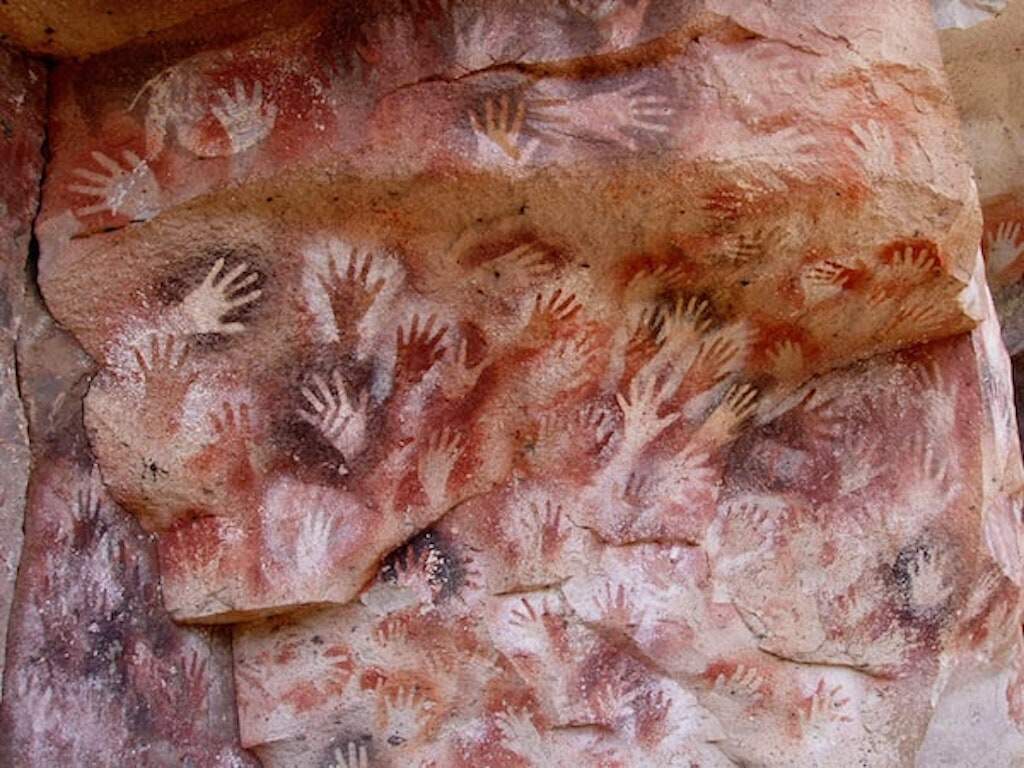 The earliest graffiti precedes written language. This fascinating ancient graffiti is located in the appropriately named “Cueva de las Manos” (The Cave of Hands), in Santa Cruz, Argentina. The painting dates from 13,000 to 9,000 BCE. The artist, who belonged to the long-vanished Toldense people, created this mural by holding his left hand against the stone as he blew paint through a tube made of bone. 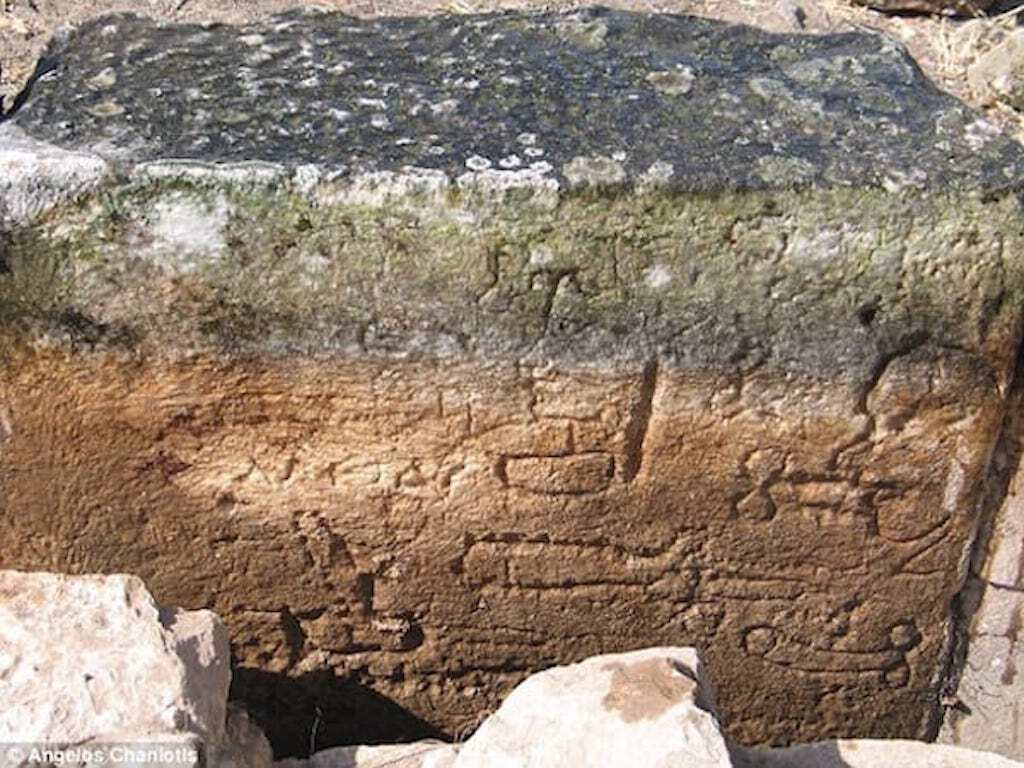 Man’s desire to draw penises and pornography is not a recent phenomenon.  This section of an ancient Roman wall shows a variety of carved images of phalluses, faces and a person doing a sexual act.  Some things never change. 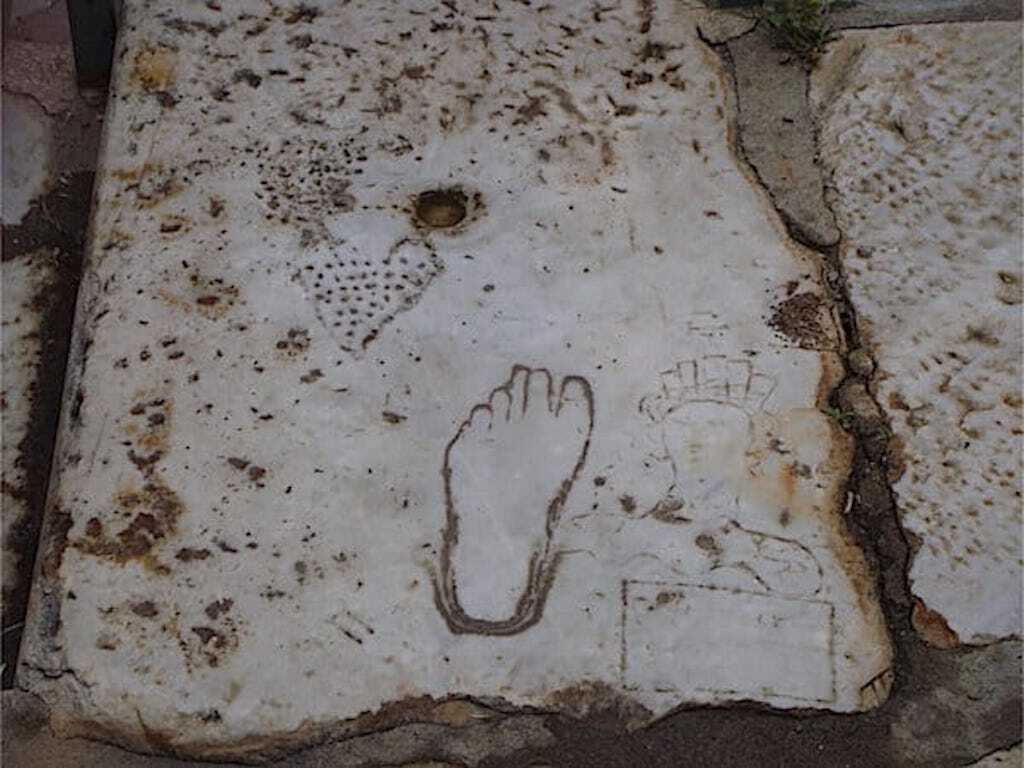 Directions to the Bordello at Ephesus.

According to legend, this ancient graffiti is a form of advertisement. Found in the ancient Greek city of Ephesus (located in modern day Turkey), it includes the drawing of a foot, a hand, a heart, and a number. Town guides claim that this is a unique advertisement that tells men the number of footsteps required to leave their heart with a local prostitute. 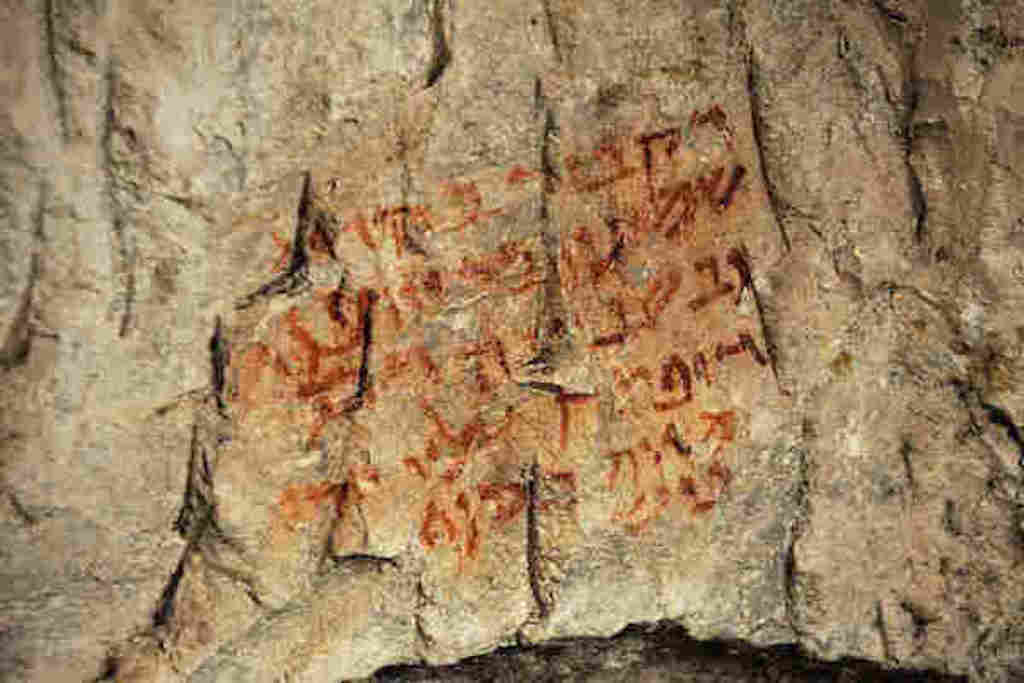 At a burial site in the Southern Galilee region of Israel, archaeologists have uncovered treasures of graffiti covering the walls of the tombs. Mostly written in Aramaic, the inscriptions include curses to potential grave robbers, spells, and well wishes from loved ones—such as “good luck on your resurrection,” and “Take courage, Holy Parents of Pharcitae, udes adonitas — no one is immortal.” There are also images of people, menorahs, and even a unique web-like design that resembles a Native American dream catcher.

Archaeologists speculate that these web-like engravings may have been designed to keep evil spirits out or the spirits of the dead in, as most are found at archways within the tombs.  The graffiti above reads:

The one who is buried in this (place) is Shim on, the son of Yohanan – and on oath, whoever shall open upon him shall die of an unfortunate end.

The earliest known image of Jesus Christ, from around 200 AD, is located near Rome, Italy.  The purpose of the graffiti was to mock Christians. The graffiti represents Jesus with the body of a man and the head of a Donkey.  The graffiti also includes a Roman soldier with his left hand in the air as if he is praying to the crucified Jesus.  The Greek inscription reads “Αλεξαμενος ϲεβετε θεον. ϲεβετε” which means “Alexamenos worships his God.” 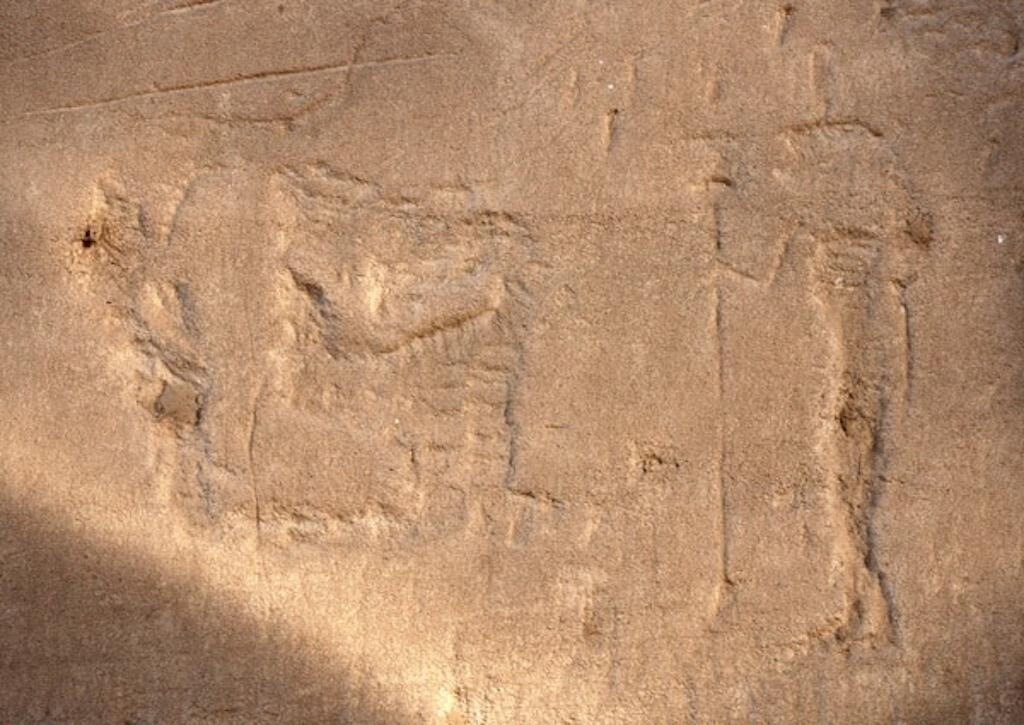 People utilized graffiti as a form of worship in ancient times. One example is this image from the Mut Temple in Egypt. Archaeologists found this standing figure of the goddess Ma’at, who can be identified by the feather on her head. Next to the goddess, a figure kneels with hands raised in adoration and praise. Ma’at was an ancient Egyptian goddess of justice, truth, and law.

Whether being used as a tool to advertise or to worship, ancient graffiti served an important function in history. It also serves to help today’s archaeologists and sociologists better understand the people and cultures of the ancient world.

Who Was Mary Magdalene According to The Gospel...

Did Knights Templar hide the Holy Grail in...