Home » History » The 1941 Attack on Pearl Harbor: Could We Have Prevented It?
History

The 1941 Attack on Pearl Harbor: Could We Have Prevented It?

The Japanese attack on Pearl Harbor at 7:55 a.m., December 7, 1941, was one of the most important events in United States history. It prompted the United States government to join World War II in both the Pacific and the European theaters. It also showed the people of the United States that living in an isolationist country did not mean they were safe from attack. The lesson was a sad one to learn and one that came with a high price. Despite the relative success of American involvement in World War II, some people have speculated that the United States could have prevented the attack on Pearl Harbor and the war with the Japanese that ensued. This is true for many reasons. However, avoidance would have come with a price of its own. 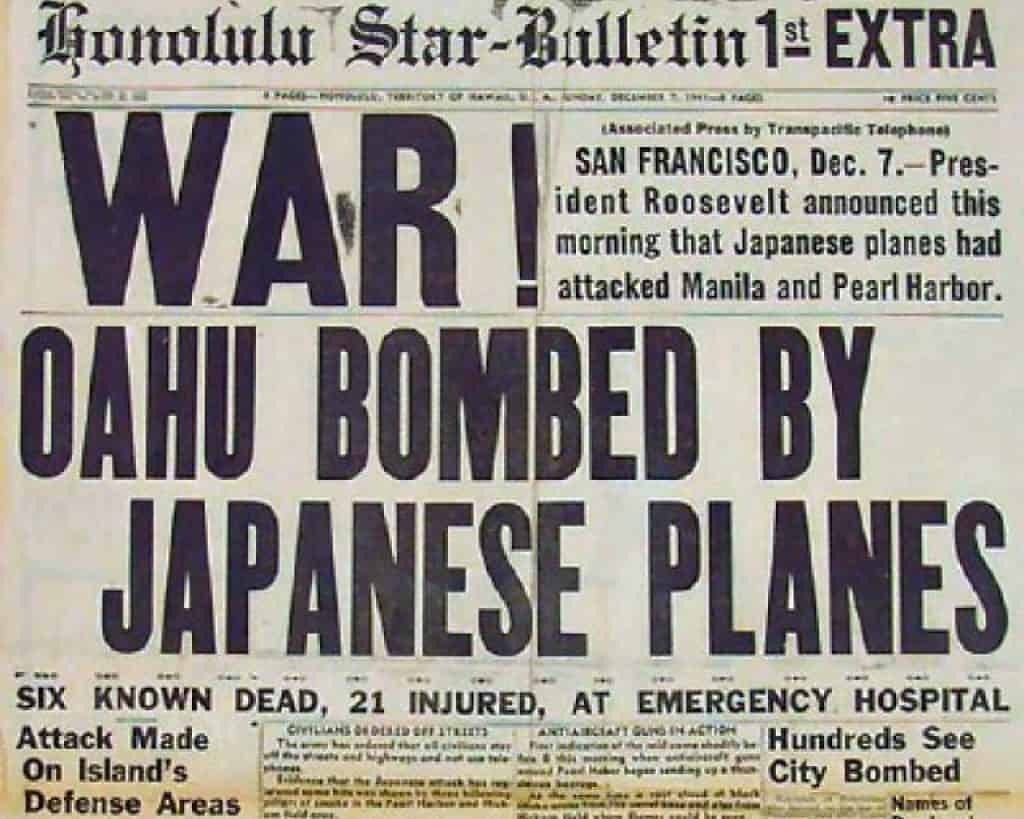 The Honolulu Star-Bulletin news of the attack on Pearl Harbor, Dec. 7, 1941.

Did We Know About a Possible Attack?

After the war, documents belonging to the American ambassador to Japan, Joseph Grew, were discovered. According to those papers, Grew had received intelligence from the Peruvian ambassador to Japan indicating that an attack on Pearl Harbor was being planned. Grew received this information on January 27, 1941 – nearly a year before the attack took place. Grew passed this information along, but his information was cursory at best, and he seemingly believed it to be unlikely. Later, Grew blamed the attack and the U.S. involvement in World War II on President Roosevelt. 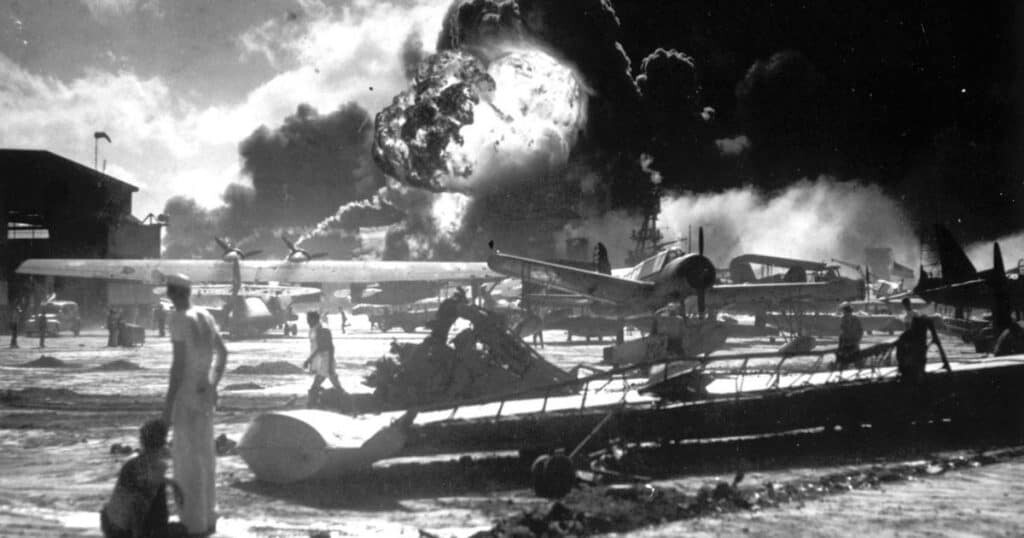 Precursors to the U.S.-Japan Conflict

Tensions between the U.S. and Japan had risen over interests in China. Japan had been at war with China. By the time warnings of hostilities against the U.S. began surfacing in Japan, Japan was in alliance with Italy and Germany. The United States had interests in China and did not want Japanese troops in the country. Furthermore, Japan’s alliance with Italy and Germany meant that it was at war with the British Empire.

If Japan had been successful in China, it would bring Axis powers one step closer to defeating the British. This would not have been good for the U.S. Therefore, despite the U.S. position of non-involvement in the war, they were inadvertently becoming involved by their opposition to Japan’s presence in China. Japanese authorities resented this. Unbeknownst to the U.S. at the time, Japan was planning a retaliation.

The United States placed an embargo on oil and iron ore trade with Japan in July of 1941. They also “requested” that Japan remove their troops from China. This was roughly six months after the first official warning of a planned attack on Pearl Harbor had reached government officials. Japan needed U.S. oil to wage their wars. Of course, the embargo exacerbated things. The Prime Minister of Japan, Prince Konoye, decided to arrange a meeting with President Roosevelt in Hawaii, to discuss possible solutions. Roosevelt agreed but changed the place of meeting to Alaska. However, the meeting kept being put off; ultimately, it never took place. In October, Konoye was replaced as Prime Minister by the less peaceful-minded Tojo Hideki.

During all of this, the U.S. government did not believe that the Japanese would wage war with them. Although there were many ships, troops, and aircraft in Pearl Harbor due to rising tensions with the Japanese, defense issues at the base appear to have been unguarded because of an underestimation of the opposition. Had the U.S. government seen the validity of the threat of war with Japan, and had they heeded warnings, the harbor could have been much better defended. However, could the attack on Pearl Harbor have been avoided altogether?

The Attack on Pearl Harbor In Retrospect

Had President Roosevelt met with Prince Konoye, as Joseph Grew later suggested that he should have, would the Japanese have aborted their plan to attack Pearl Harbor? They probably would not have, unless the United States agreed to lift the embargo. The United States could not lift the embargo without an agreement from Japan that they would leave China. It is highly unlikely that Japan would have left China. They only wanted that embargo lifted. With it, there was no reason for them to maintain peace with the United States. So, the attack on Pearl Harbor was probably unavoidable this way. 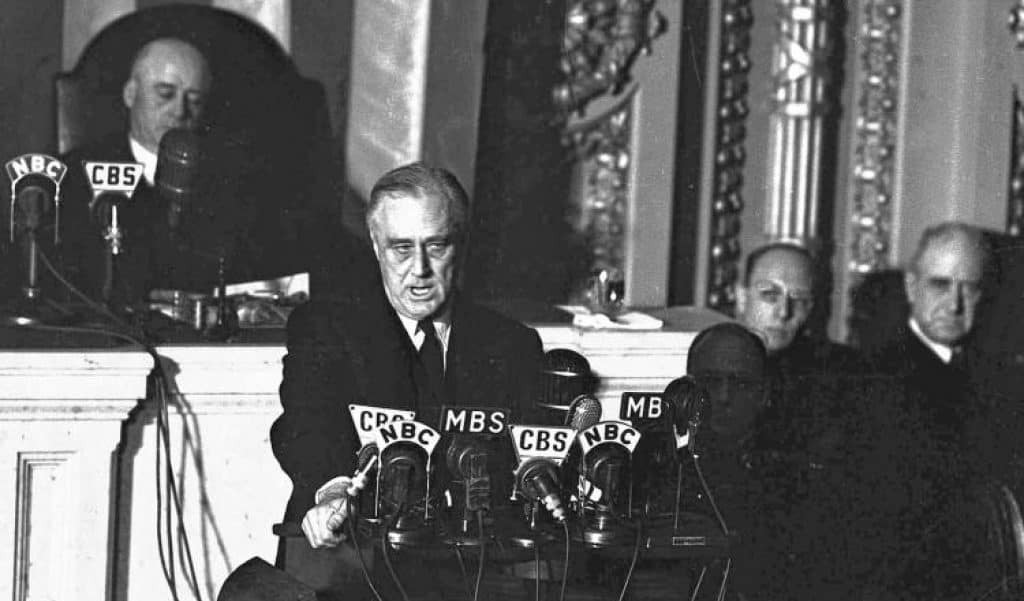 President Roosevelt speaking to the Joint Session of Congress the day after the attack on Pearl Harbor. Source: New York Daily News.

If the U.S. military had been more prepared for an attack on Pearl Harbor, the Japanese may have aborted their plan to attack. However, they may well have simply attacked elsewhere. Perhaps if the United States had heeded warnings coming from Japan, they could have gathered more intelligence and gauged the situation better. Perhaps they would have initiated the war. The Pearl Harbor attack had been a long time coming.