The banshee was a harbinger of death in Irish folklore. Although the alleged physical appearance of these spirits varied widely, their purpose was the same throughout Ireland. Originally spelled bean sidhe, the fairy-like creature often manifests itself in the body of a female with either flowing red hair and pale skin or as an old woman with gray hair, rotting teeth, and fiery eyes. According to popular belief, the scream of the banshee, known specifically as “caoine” or “keening,” was a harbinger of the impending death of royalty, nobles, and clan chiefs. 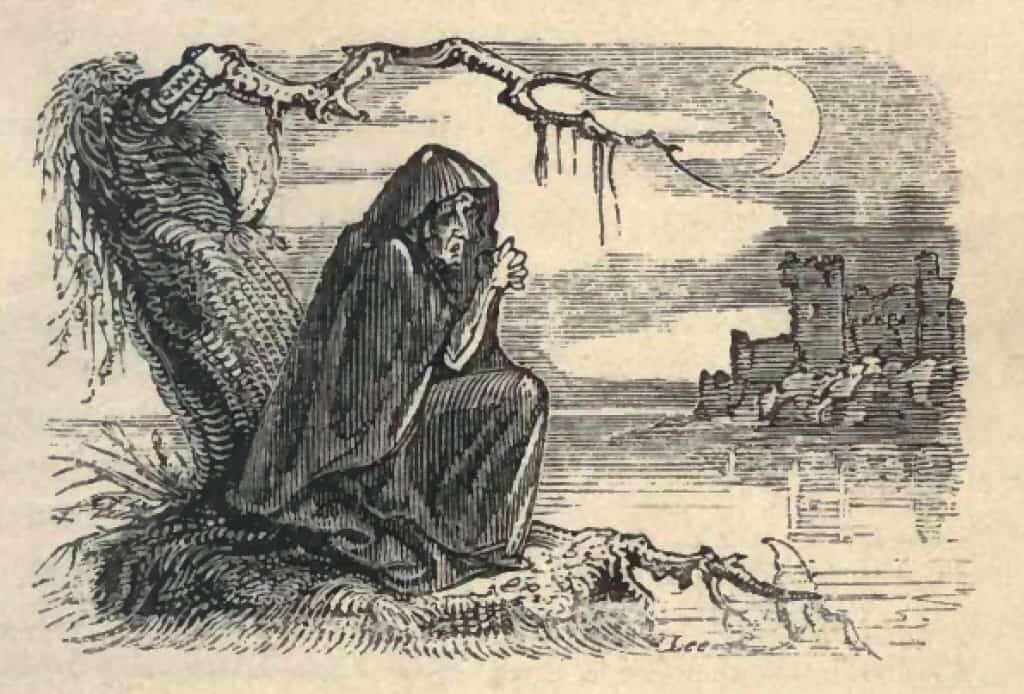 There is strong evidence that the origin of the banshee was in the early 8th century. An Irish tradition of the time saw women lament the passing of a warrior or soldier with a mournful song. These women were reputedly given alcohol as a method of payment. At this time the Irish Church considered this bartering system as sinful in the eyes of God. These women were subsequently punished for their activities by forever becoming banshees.

A popular modern and non-occult explanation for the origins of the superstitious cry is the notion that the humble barn owl was responsible.

Visits from a Banshee

There were reports of infrequent sightings of a death messenger. Part of the legend claims that a banshee will vanish inside a cloud of smoke or mist if she believes anyone saw her. The only evidence that she was ever there is the sound of the flapping of wings. No matter how scary the cry of the banshee is, the Irish do not strictly believe that she is ever actually responsible for a death that would follow shortly afterward. There are reports from the Middle Ages that this Celtic creature would actually serve to protect pure and noble individuals if death were to claim them.

One of the best-known cases occurred on February 21, 1437. An Irish seer who predicted the monarch’s assassination by the Duke of Atholl approached King James I of Scotland. Not long after this approach, the king found himself trapped inside a sewer tunnel where he was fatally injured. There were rumors that this seer was an Irish banshee, although she gave no cry.

The keening of the banshee varied between places. In Leinster, the banshee’s wail could supposedly shatter glass. By contrast, in County Kerry, the banshee sings a pleasant song and is not as frightening in appearance. In County Tyrone, the sounds of the banshee were like the wooden planks striking each other. And on Rathlin Island, there were reports that a sound like the combination of a woman crying and the call of an owl occurs before a notable death.

Over several generations, many high-ranking families blended. So, many believed that the banshee ‘evolved’ to become an actual member of the majority of noble and royal Irish families. Tactics like emigrating did little to offset the spirit, as she would often travel the world to be with them.

Banshees In Other Celtic Countries

Other Celtic lands also have tales of spirits that announced the impending death of a notable person. In Scotland, for example, the “caoineag” (or “caointeach”) is similar to the banshee. In Perthshire, a woman dressed in green, lay out a winding sheet for a funeral of a royal or noble person at night. The caoineag can be stopped in her tracks. However, if you stand between her and the river where she is attempting to wash the shroud.

There are still reports of sightings to this day. One occurred in June of 2014. What began as an apparent catcall in the middle of the night quickly developed into an apparent terrifying sighting of a banshee. The sound metamorphosed into a shrill scream that seemed to be getting closer and closer. The witness involved investigated from within the relative safety of indoors and reported seeing a woman standing out in the open, head back, screaming loudly enough to cause irritation to the ears of the witness. After several more minutes, a single police patrol car arrived on the scene. But there was not anyone outside. The attending police officers actually suggested the possibility of a banshee sighting. On the same night, there was a death in the family of the sole witness.

But over time, banshees were relegated to the past – a being in folklore. But ancient stories are still told around the hearth about keening women appearing just before a notable death that occurred in Ireland and other Celtic lands.