Belle Gunness came from a hard life and had a hard childhood in 19th century Norway. She was the youngest of eight children born to a stonemason and his wife. The family was poor. In order to escape that life, one of her older sisters eventually moved to America and when Belle was old enough, she followed.

Belle married in 1884 in Chicago, and the marriage produced at least two children (most, if not all of her children were adopted). Two of her children died young from symptoms that indicated colitis. Belle collected on their life insurance. In 1900, her husband died. One doctor suspected poisoning, but the family doctor gave the official cause of death as heart failure. Belle collected on her husband’s life insurance and she used the money to buy a farm in La Porte, Indiana. 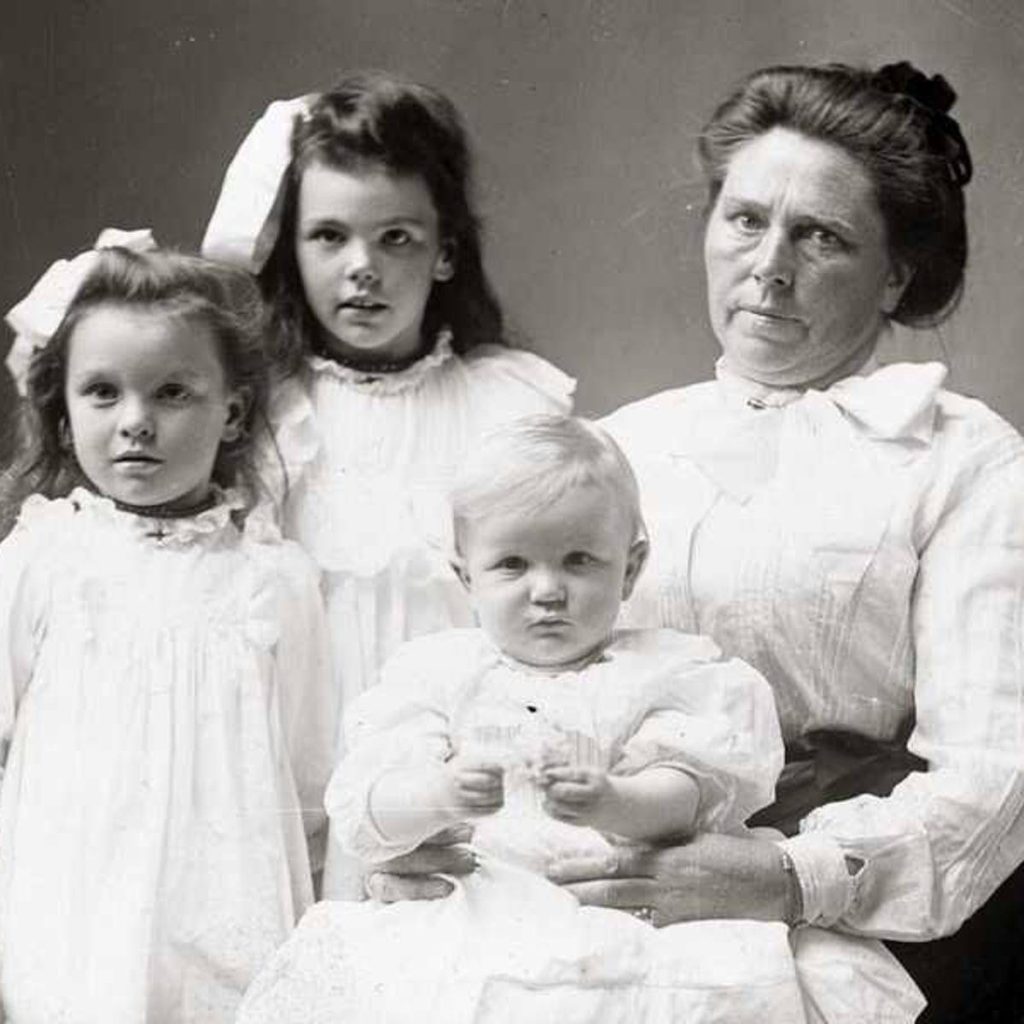 Belle Gunness and 3 of her children.

She married again in 1902. Not long after the wedding, Belle’s husband suffered an accident when a piece of machinery supposedly fell on his head. Belle collected on his life insurance policy.

After the death of her second husband, Belle’s life became somewhat of a routine: Belle advertised for a potential husband in newspaper ads and a string of men would come to her farm. She advised them to bring enough money to pay off her mortgage (apparently as a good-faith gesture that they were serious about marrying her) and after depositing the money into Belle’s bank account they would vanish. Belle would tell anyone who asked how untrustworthy men were, showing up in her life and then abandoning her. When asked by the men’s relatives, Belle would tell them that the man in question had returned to Norway. Or had gone to Oregon. Or to St. Louis. One of her daughters, according to Belle, had gone off to a college in California.

On Amazon: Hell’s Princess: The Mystery of Belle Gunness, Butcher of Men

On the night of April 28, 1908, there was a fire at Belle’s farmhouse. The farmhand got out safely, but apparently Belle and her children died in the flames. After the fire, four bodies were found in the cellar: three children and a woman. The woman’s corpse was missing her head, making identification difficult. 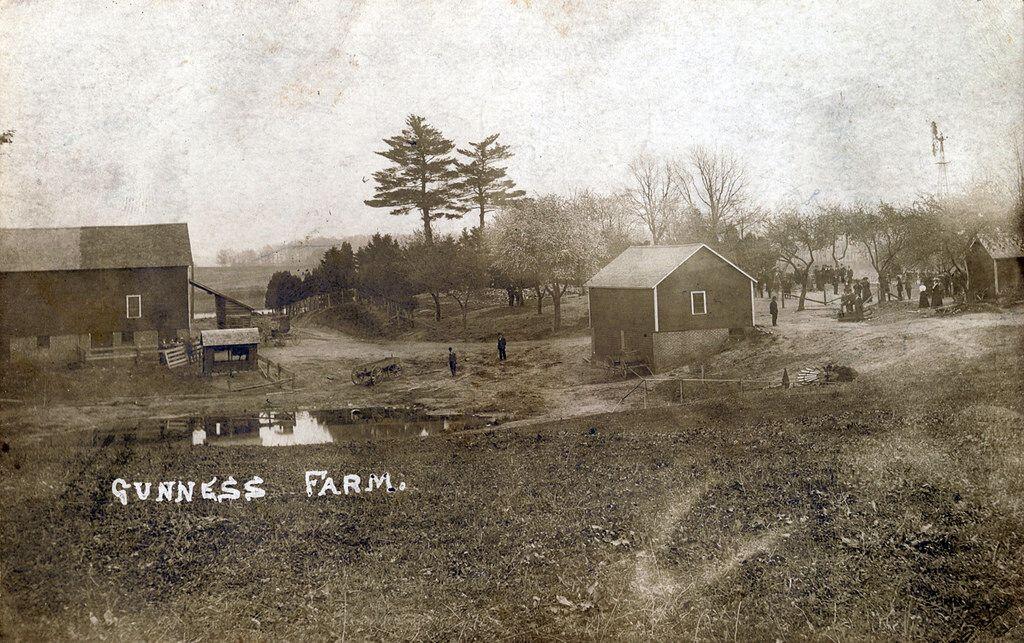 The Gunness Farm in 1908. Image credit: Legends of America

In response to questions by law enforcement, the surviving farmhand stated that Belle had often asked him to bring wheelbarrows of dirt to an area in the back of the farmhouse that she would then spread around in various locations. Curious, the sheriff ordered his men to dig around Belle’s house and the investigators were shocked to find a skeleton. And then another. And another. Judging by the number of skeletons uncovered, it is estimated that more than 40 people met their end at Belle’s hands. These included the missing fiancés and the daughter who had “gone off to a college in California.”

The mystery is what happened to Belle. Because the fire had left the bodies (including most of the clothes) intact, several neighbors and at least one doctor clearly stated that the headless body found after the fire could not have been Belle: the corpse was too short and too thin (another doctor proclaimed that the woman had not died in the fire but had died of strychnine poisoning). Although some of the locals believed the body was Belle’s, there is plenty of room for doubt. Belle Gunness had cleaned out her bank accounts in the days before the fire as if she was planning to go somewhere. She had also been recently seen in the company of another woman who was thinner and shorter than Belle.

There were alleged sightings of Belle in the years following the fire. None were confirmed, so it remains a puzzle as to what became of the most infamous serial killer in Indiana’s history.

Burke and Hare: Murderous Merchants in the Fresh...