Boötes Void: What is This Patch of Space With Few Stars?

Astronomy is more than just a study of the heavens. Humanity’s first great venture into the scientific world was fueled with mankind’s desire to learn more and to never be satisfied with current understanding. For every answer astronomical studies provide, there are exponentially more questions lurking behind. An interesting discovery that occurred in 1981 is a prime example of this. There is a large area in the constellation of Boötes that contains an extremely low density of galaxies. Scientists named the anomaly the Boötes Void, but exactly what it is still a mystery. 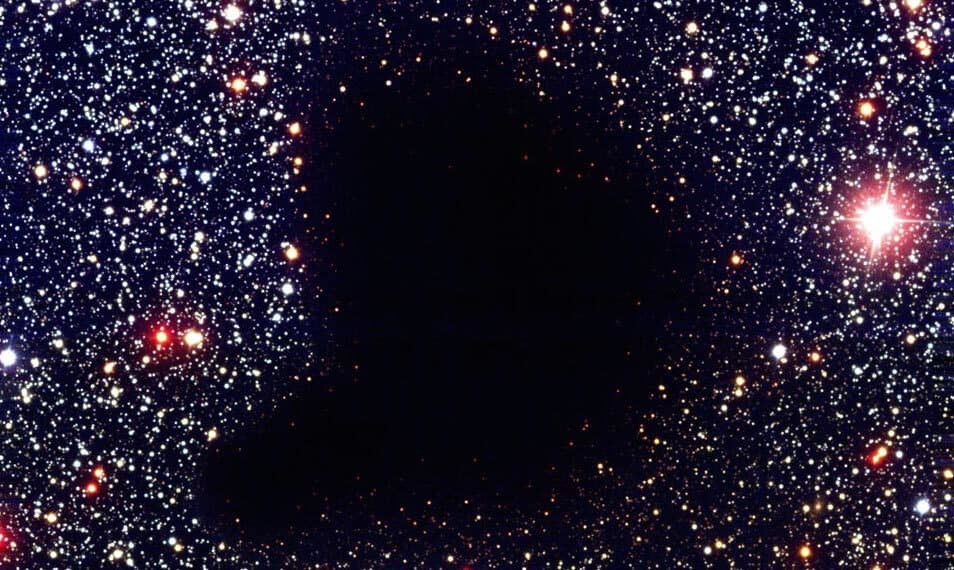 Gas cloud Barnard 68 gives us an idea of what a space void might look like if we could peer through the stars at one. NASA, Credit: FORS Team, 8.2-meter VLT Antu, ESO.

Where is the Boötes Void?

Boötes is the “plowman” constellation resembling a kite in the northern sky. Its neighboring constellations are Virgo, Hercules, Draco, Ursa Major (Great Bear), Canes Venatici, Coma Berenices, and Corona Borealis. From Earth, the center of the void is 700 million light-years away.

How Big is the Void Zone?

The Boötes Void was initially discovered as part of a study into the existing process of redshift – the movement of interstellar objects to or from Earth. The zone appears spherical in shape. Measuring a mind-numbing distance of 330 million light-years in diameter, the void is one of the largest examples of this “empty” space phenomenon. To put this into perspective, “The diameter of the Milky Way is about 100,000 light-years and the Sun is located about 28,000 light-years from the Galactic Center” (StarChild).

Although there are other voids in space, this is one of the big daddies. Scientists call the Boötes Void a “supervoid.” This is likely the reason for its additional pseudonym, The Great Void.

Is it Really Empty?

In general, voids are not completely empty. Astronomers have discovered about 60 galaxies inside the Boötes Void, which, for a region of that size, are not many. As it turns out, space is not very neat and tidy, and there are clusters of universes like there are dust bunnies in every unswept house. Experts describe space as appearing like “swiss cheese.” 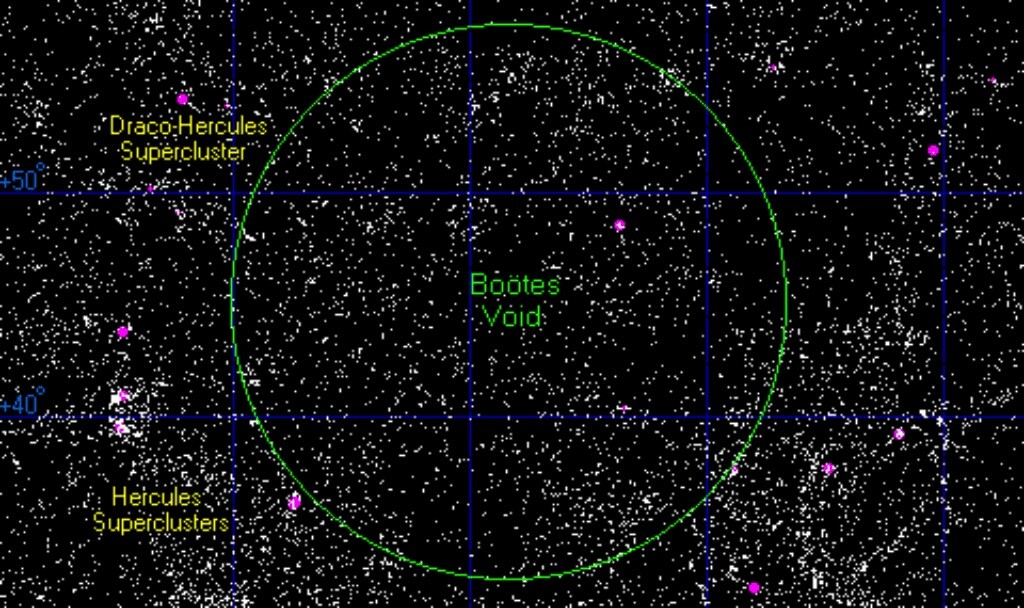 The Boötes Void lies behind the visible stars within the circle. Image: El C [CC BY-SA 2.5]

Regions of space that are dense with galaxies form because of gravity – the fundamental physical force of attraction that results from mass. On the other hand, voids expand as mass moves further and further away from the low gravity zone. In essence, galaxies within a void move toward other areas of space with more gravity. Voids, however, have less matter, exert less gravitational pull and, instead, exert a repulsive effect.

Even more mysterious than gravity, dark energy seems to play a part in this “repulsive effect.” Scientists are unsure about what this mysterious force is, but in a nutshell, it is anti-gravity. They believe that it’s the unseen force causing the acceleration of the universe. In fact, by measuring voids and watching how they change over time, they can tell a lot about how quickly the universe is expanding. It appears that dark energy trumps gravity, as galaxies are zooming away from one another.

What is the Boötes Void?

One theory that researchers have suggested is that the Boötes Void is the combination of two or more voids that have coalesced at some point in the past. This stems from the fact that the galaxies appear gathered into a tubular form. Hence, that structure may mark the boundaries of former voids that have come into contact with each other. The void may be trapping these galaxies, however, if the universe endures long enough, they could escape one day as the galaxy expands.

The Boötes void is not alone. Other cosmic voids can be found all over space. However, the Local Void is the closest one to Earth. It’s a mere baby in comparison to The Boötes void at roughly 60 million light-years across and forms part of the Virgo Supercluster of which the Milky Way is a member. Additional voids can be found within the constellations of Taurus and Eridanus. 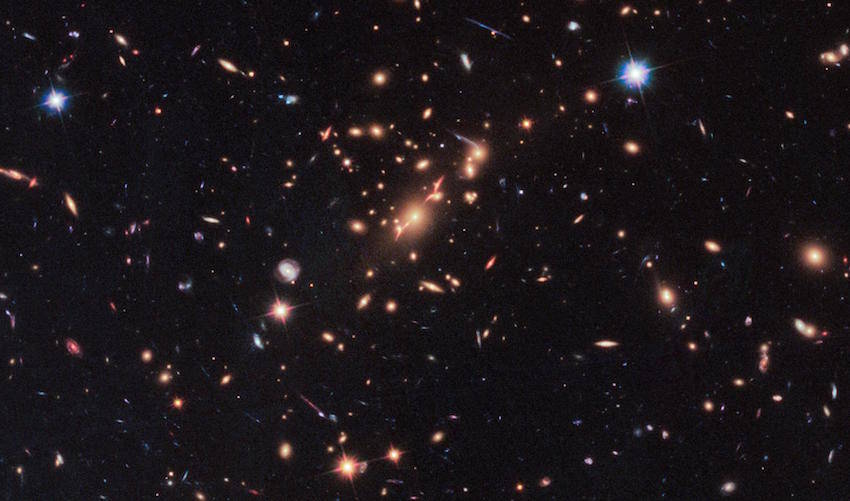 Space consists of many clusters and voids. Public domain.

The largest known structure detected in space is the Cold Spot void revealed in the e-journal Oxford Academic in 2015. As the name suggests, this extremely low-density area lies in an oddly cold part of space, and scientists are still trying to understand just why it’s so frigid. They believe this supervoid runs 1.8 billion light-years across and is missing 10,000 galaxies. Currently, this type of void doesn’t fit into any scientific models, so more research is underway.

Whatever the real explanation for voids, it has given astronomers a lot more to consider about the known cosmos. Ideas about the formation of galaxies and even the origins of the universe are constantly in flux. With new discoveries about voids and areas such as the Cold Spot, scientists are now pondering the concepts regarding multiverses. The Boötes Void and other space anomalies prove beyond all doubt that whenever astronomers think they have answers, the questions often change.