Alexander the Great was a man of epic proportions whose death remains an enduring mystery. The exploits of his short life are so legendary that they inspire one to wonder what else he may have accomplished with just a few more years of life. People throughout the ages have also found it irresistible to contemplate the events that caused the death of Alexander the Great after so many heroics at age 33. It is the great “what if.”

It is true that the odds of further conquest were against Alexander toward the end of his life as much as ever. His leading officers and army once again had more than their fill of empire building by the time he reached Babylon during the winter of 324-23 B.C. Undeterred, Alexander was busy as usual planning further campaigns. Is it possible that after so much common hardship and unbridled glory that one of his close confidants could do the unthinkable and poison him? Perhaps it was really no longer unthinkable and Alexander simply became another Macedonian aristocrat to fall prey to the assassination. 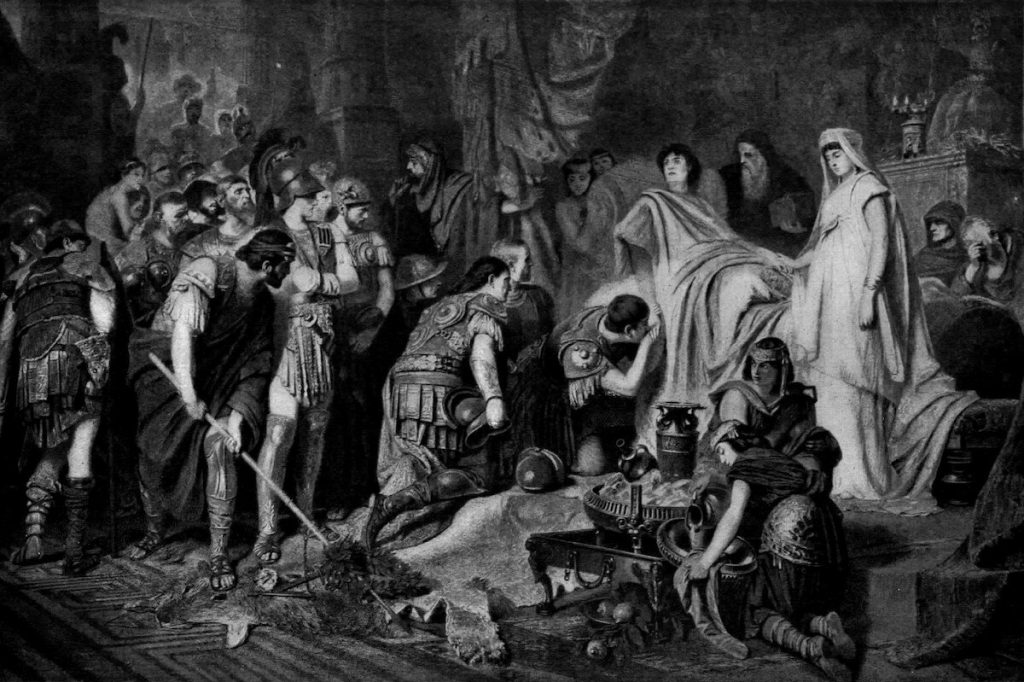 Death of Alexander the Great, by Karl von Piloty in 1886. Image: Public Domain.

Ancient scholars such as Diodorus, Plutarch, Arrian, Justin, and Curtius at least acknowledge that such a theory existed. While Justin and Curtius may provide some credence to the poison scenario, the other ancient historians appear to dismiss it. Cassander who was the son of the viceroy of Greece, Antipater, carried the poison in a mule’s hoof to Babylon according to the poison scenario presented by Justin and Curtius. At that point, Iollas, who was Cassander’s brother and Alexander’s royal cupbearer, allegedly administered the poison.

Related: Where is the Tomb of Alexander the Great?

The poison theory lacks much credibility considering the likelihood that there were no ancient poisons that would have made Alexander sick for a full twelve days before initiating death.  Moreover, such an allegation against Antipater could have been a predictable propaganda stunt by Antipater’s political opponents. It is also important to keep in mind that Alexander’s health had quite possibly fallen to dangerously low levels after years of overdrinking and suffering several notable wounds.

We also know that Alexander continued to be mentally devastated by the death of his closest friend and possible lover, Hephaestion, during the period leading up to his death. Alexander apparently mourned Hephaestion’s death for six months and sacked a nearby town while putting all of its inhabitants to the sword as a sacrifice to Hephaestion’s ghost. Plutarch writes that Alexander “lost his spirits, and grew diffident of the protection and assistance of the gods, and suspicious of his friends.”

Strychnine and hellebore are possible poisons that could have been employed to kill Alexander if this is what actually occurred. Other theories upon the death of Alexander the Great involve natural causes include malaria or typhoid fever as obvious candidates.  The West Nile virus is worthy of consideration as well. Whatever the actual cause or causes may have been, it is known that Alexander died of a high fever in early June of 323 B.C.

David has a masters degree in history and currently resides in the Washington DC area. David's passion is military history and astronomy.