Throughout history, countless people have disappeared. Some vanished without a trace, some left behind frightening evidence of the nature of their disappearance, and some have disappeared only to be found again. Some of these disappearances go virtually unnoticed. There are simply too many missing people for all of them to be adequately reported by the news. However, some famous disappearances in history are unforgettable and continue to intrigue us in wanting to learn more.

Passengers and Crew of the Mary Celeste 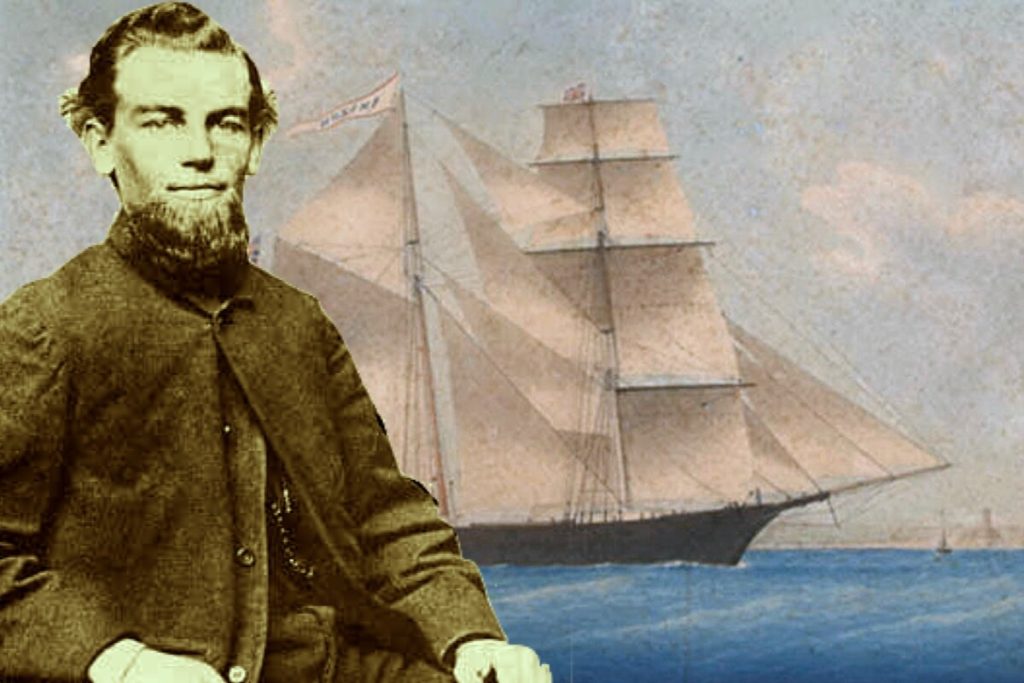 Joseph Briggs and the Mary Celeste

The Mary Celeste is number five on our Famous Disappearances in History list. She was a cargo ship that left New York City on November 5, 1872, with a load of alcohol. A seven-man crew, Captain Benjamin Briggs, his wife, and their two-year-old daughter were on board. It would seem that the journey was relatively uneventful until November 24, when the captain made his last entry in his log. What happened after that is anybody’s guess.

The ship was found in early December with no one on board. She was in good enough sailing condition that an experienced crew like that of the Mary Celeste would have fixed her up and sailed her just fine. That is if the minimal damage that was discovered even happened before the crew disappeared. There were a few tears in her sails, and a lot of water on board, but she was still floating. For reasons unknown, two of her pumps had been dismantled. Everything of value, including clothing and personal belongings, was left in the ship.

The only things missing were some of the captain’s papers, navigational equipment, and the lifeboat. This leads many to believe that they left the ship on purpose. The question is, why did they leave the ship? The answer may never be known. None of them were ever seen again, nor was the lifeboat. They are certainly dead by now if they were not dead before the Mary Celeste was found.

Related: The Mystery of the Mary Celeste Lost and Found 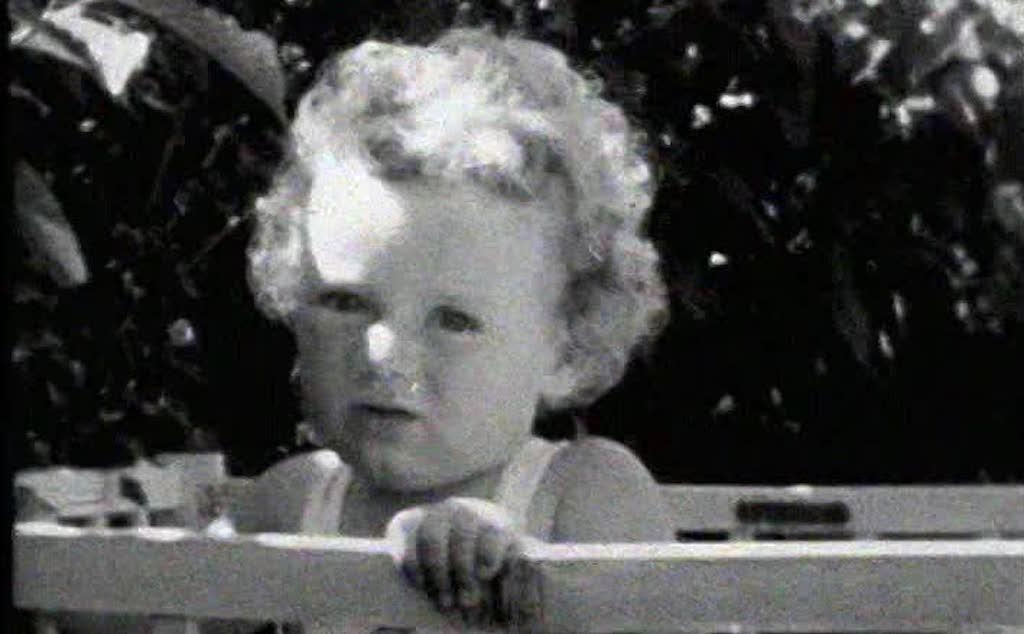 On March 1, 1932, national idol and aviator, Charles Lindbergh’s 20-month-old son, Charles Lindbergh Jr., was taken from the family home in New Jersey. The kidnapper left a ransom note and his demands were met, but the child was not returned. Charles Lindbergh was famous for being the first person to fly solo non-stop across the Atlantic Ocean (he was followed by Amelia Earhart a few years later), among other things. Being the internationally known figure that he was, the disappearance of his child developed into a media storm. Everyone knew of the child’s disappearance and had seen missing posters and pictures of the beautiful young boy.

Unfortunately, this story has a very sad ending. More than two months after the Lindbergh baby‘s disappearance, his weathered corpse, which had been picked at by wild animals, was found roughly two miles from the Lindbergh’s home. It would appear that whoever had taken him (Bruno Hauptmann was convicted of the crime, but some people are not convinced that he was responsible) had never planned to return him. He had been struck in the head hard enough to end his life.

Related: Kidnapping and Murder of the Lindbergh Baby 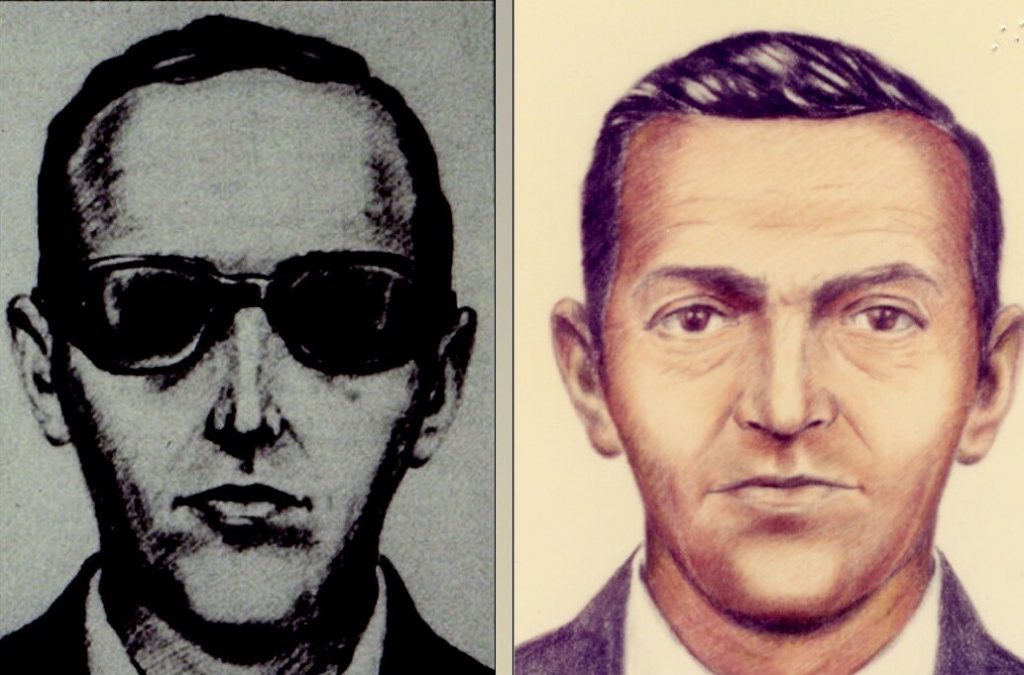 At about 4:00 p.m., on a November afternoon in 1971, a man walked into the Portland International Airport and purchased a ticket from Northwest Oriental Airlines. The flight’s destination was Sea-Tac airport in Seattle. The plane was a Boeing 727. The man was D.B. Cooper.

Flight #305 was set to take off at 4:35 p.m. Mr. Cooper was one of 35 passengers on board. There were five crew members on board. Shortly after takeoff, D.B. Cooper handed one of the flight attendants a note. When she simply slipped it in her pocket without reading it, he patiently waited for her to walk by again. When she did, he told her that she better read the note because he had a bomb. Of course, she read it. The note was given back to the hijacker, per his request. However, the contents of the note are well known.

Mr. Cooper requested $200,000 in exchange for not blowing up the plane and its occupants. He also asked for two sets of parachutes. Authorities were afraid to tamper with the parachutes because of the amount he had asked for. It was uncertain if he planned to jump out of the plane with a hostage.

D.B. Cooper requested that these items be given to him upon landing at Sea-Tac, without any “funny business.” F.B.I. agents, police, and Northwest Oriental complied with D.B. Cooper’s wishes. Upon landing, he received his money and chutes. He also allowed every passenger and one of the flight attendants to exit the plane. He asked that the remaining crew be given dinner to be eaten on the plane and that the plane be refueled. During this process, and later, D.B. Cooper displayed extensive knowledge of the aircraft and its capabilities.

Before leaving Seattle, D.B. Cooper and the flight crew discussed where they were headed from there. After a slight change in plans, D.B. agreed to have the pilot take the plane to Mexico City, with a brief stop in Reno, Nevada to refuel. He specified at what speed and altitude the plane was to remain. He warned the captain that he would be aware of any deviation. The captain believed him, and rightfully so. D.B. then ordered the crew to remain locked in the cockpit for the duration of the flight. At some point, he lowered the aft stairs and jumped out of the plane. He was never seen or heard from again.

Related: D.B. Cooper: The Only Unsolved Skyjacking in U.S. History 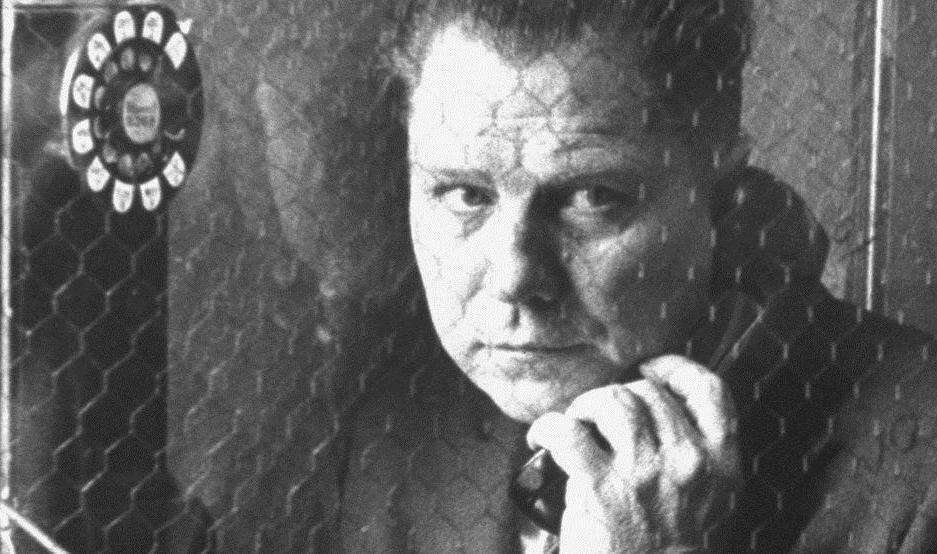 James Riddle “Jimmy” Hoffa was famous for his work for labor unions. He was elected president of a union he had organized-The International Brotherhood of Teamsters-in 1957. He was known for his aggressive approach. To some, he was a hero among his peers. To others, he was nothing short of a swindler. The truth is, he got the job done. It was his methods that were questionable.

Jimmy Hoffa was known for having strong ties with the mob. He had made several shady deals with mobsters in order to get ahead in his business. Jimmy Hoffa apparently learned very little about staying out of trouble from his mob friends, who are suspected of being involved in his disappearance but have seemingly gotten away with it. In 1964, Jimmy Hoffa was convicted of jury tampering and fraud. He was imprisoned in 1967 and released by Nixon (who knows a bit about shady dealings, himself) in 1971. Nixon ordered that Jimmy Hoffa stay away from union business.

Apparently, Jimmy Hoffa could not keep himself away from his old “profession.” Within a few years of being released, he began talking with his mob friends about becoming the President of the “Teamsters” again. On July 30, 1975, he was reportedly waiting for two mobsters outside of the Machus Red Fox restaurant in Bloomfield Township, Michigan. He was seen leaving the restaurant in a red 1975 Mercury Marquis Broughan. He was in the passenger seat. It is unclear who was driving. He was never seen or heard from again. His body has never been found, but it can easily be assumed that he is dead.

Police traced the car that Hoffa was last seen in, to the son of one of the mobsters who was reportedly supposed to meet Jimmy that day. The man claimed that he lent the car out to a friend, which was not denied. The friend who was also a friend of Jimmy’s-claimed that he was nowhere near Jimmy that day. Furthermore, the men who Jimmy was meeting that day claim that they had no such meeting. They both had good alibis. The friend who had the car did not, but police were unable to charge him with any crime. 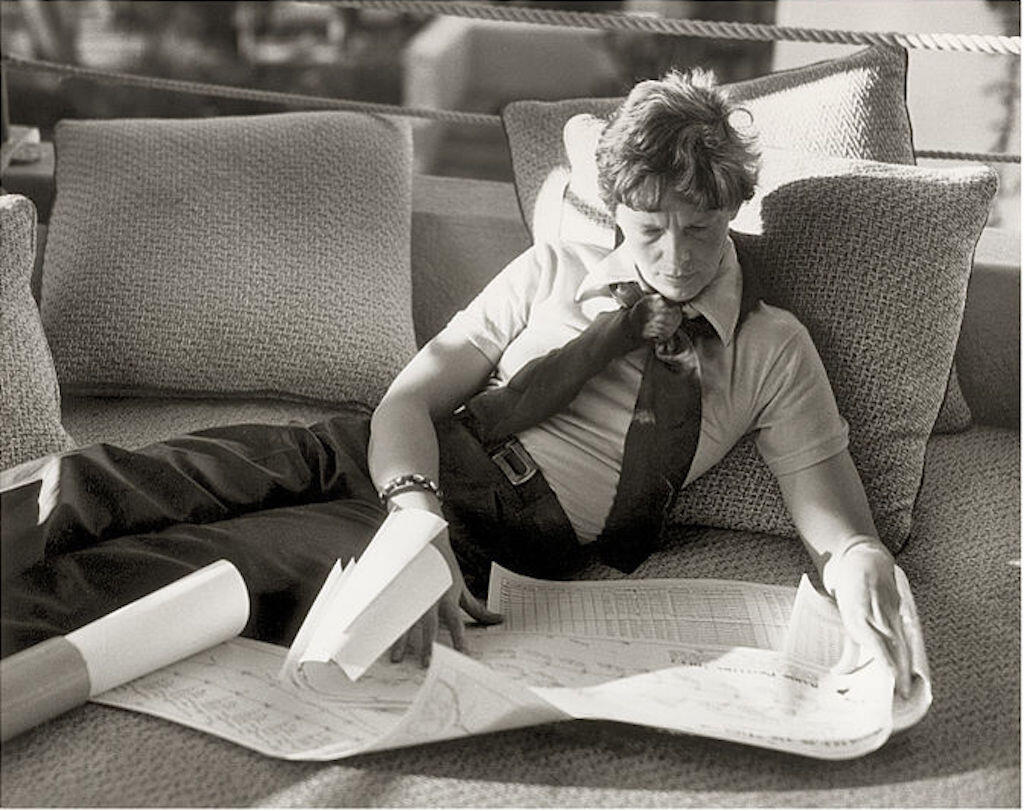 She was an astoundingly popular, daring, and skilled aviatrix. The case of Amelia Earhart is arguably one of the most famous disappearances in history. She was the product of a broken family but had grown to be a happy, successful, and well-rounded woman, despite this setback. She was in her twenties when she first flew in an airplane. It was not long before she decided to fly them herself and make flying the focus of her life. She began taking lessons and even purchased an airplane.

During her career, she became the first woman to fly across the Atlantic Ocean. Then, she became the first woman, and the second person, to fly solo non-stop across the Atlantic Ocean. She continued making and breaking records until July 2, 1937, when she and her navigator, Fred Noonan, disappeared in the Pacific Ocean, in the vicinity of Howland Island. They had been attempting to circle the globe. No sign of them or their aircraft has been seen since.

These disappearances, whether mysteries or solved, remind us of how easy it is for a person to simply vanish. Anybody can be lost in the wildernesses of the Earth or taken by people who mean us harm. Even today, in a time when people can communicate with others, all over the globe, finding a missing person can be more difficult than finding a needle in a haystack.