When news broke of the apparent death of Amelia Earhart, it became an international sensation and a great tragedy for the United States.  Her life and inspiration had helped so many people. Just like the world’s reaction to the death of Princess Diana, claims of cover ups and conspiracies soon followed.  Already a pioneer for women in many ways, the conspiracies explaining Amelia Earhart’s fate have only cemented her place in history. Rumors circulated that she had been a U.S. spy who was captured and killed by the Japanese. Others believe she secretly returned to the United States and lived quietly as a New Jersey banker and pilot named Irene Bolam. These theories have only fueled our thirst to learn about what really happened on Amelia Earhart’s last flight.

The facts surrounding that fateful flight have led many researchers to believe that Amelia Earhart and her flight navigator Fred Noonan either died at sea or were able to land their aircraft safely on a small island in the Pacific.  Unfortunately, the latter only delayed their untimely death by food poisoning, injury, dehydration or a combination of the three after efforts to locate them with the U.S. military and Coast Guard failed.

According to records, on 2 July 1937, Amelia Earhart and Fred Noonan were on their last leg of their flight around the world in Lockheed L-10E Electra twin engine plane and scheduled to land on Howland Island for refueling. The Coast Guard cutter Itasca was already on scene and was tasked to guide the aircraft in and refuel her.  The aircraft never arrived, and the last known transmission from Amelia Earhart happened at 8:43 AM local time.  The message read “ We are on a line of position 157/337, will repeat this message, we will repeat this message on 6210 kcs. Wait.”  It was clearly apparent from her voice that she was frustrated and unable to hear any responses.

The mystery starts here.  What happened on Amelia Earhart’s last flight?  One interesting fact is that a garbled transmission that sounded like Amelia Earhart was received by operators on the island of Nauro in the evening of 2 July 1937 on the same frequency Amelia Earhart said she would transfer to.  In fact, over 200 transmissions that may have originated from Amelia Earhart where received in the next few days, although most of them were identified as hoaxes. 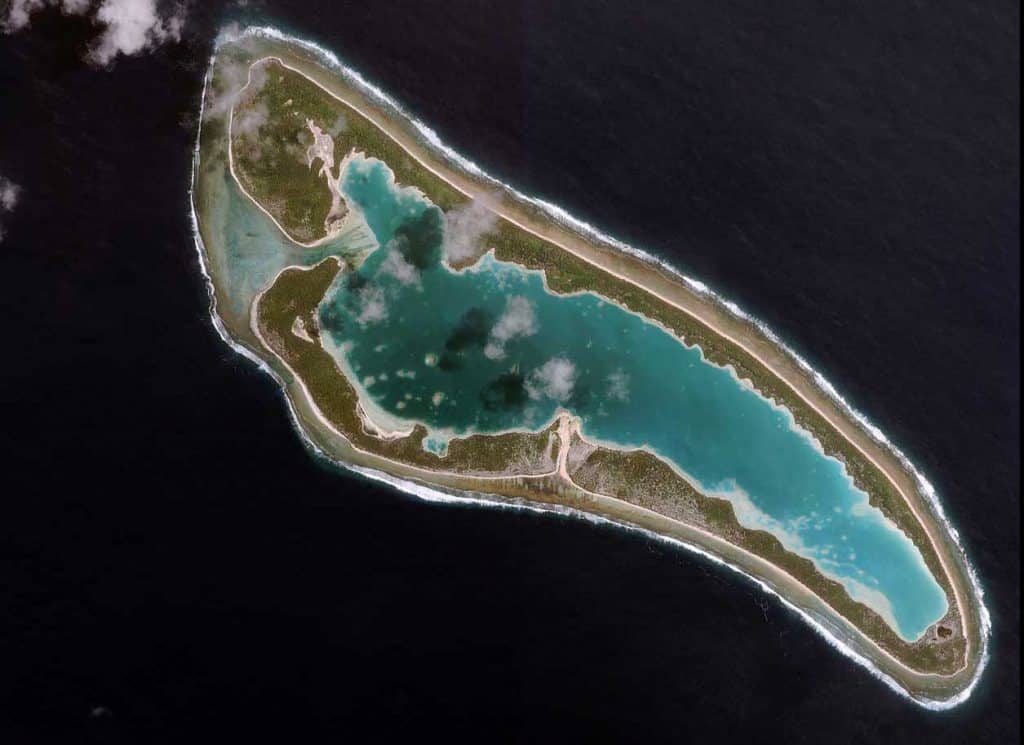 The island of Nikumaroro, Kiribati, formerly known as Gardner Island.

There are a number of reasons why researchers believe Amelia Earhart was able to land on Nikumaroro. First, the course the aircraft was taking when she made her final broadcast would have put her in viewing distance of the island. The second stems from a report detailing an attempt by the British to colonize this island in 1938. Evidence that someone had lived there surfaced. Colonial records from 1940 also confirm that bones of what appeared to be a Caucasian female matching Amelia Earhart’s height were also found on the island. A sextant case, a woman’s shoe sole, and early 20th-century makeup were also found on this supposedly uninhabited island 900 miles east of Nauro. Furthermore, airplane parts have also been recovered that would have been installed on the Electra, but no proof exists that they came from this specific aircraft. Since that time, the bones were sent to Fiji and were eventually lost in 1941.

TIGHAR conclude that due to the tide variations on the island, the aircraft would have been eventually swept back to sea. Once Amelia Earhart and Fred Noonan perished, the coconut crabs would have removed any remaining human evidence. Hence, the mystery of Amelia Earhart’s last flight continues.

Jim Jones and his Jonestown Cult