The night of July 22, 1934, brought about the violent death of John Dillinger, one of America’s criminal masterminds. 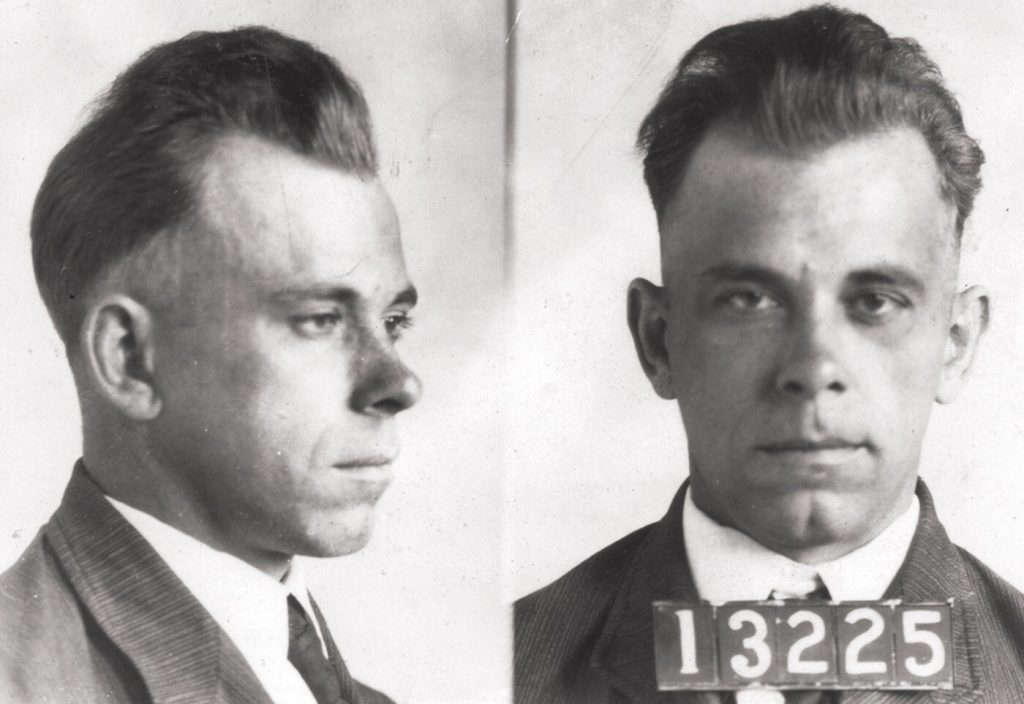 The question of whether infamous bank robber John Dillinger was gunned down upon leaving a movie theater in Chicago is still debated today. Did John Dillinger really die on July 22nd, 1934?

Looking back, Dillinger started his troubled life in an unassuming part of Indianapolis. As a teenager, he frequently got into fights, bullied younger children, and began honing his skills at taking things that belonged to others.

One story has him stealing coal from incoming trains and selling it to local residents and merchants.

As a young man, in an attempt to turn over a new leaf, John Dillinger enlisted in the U.S. Navy. He proved to be a poor sailor and deserted only a few months into his assignment.

Then began his unparalleled career as an expert bank robber. His well-planned robberies netted cash ranging from $3,500 to $74,000. He also stole and stockpiled guns for use in his criminal exploits.

Although frequently apprehended by the law, he also escaped from prison more than once.

But it all had to come to an end. The legal authorities were following every lead in order to bring down John Dillinger and his henchmen. Eventually, Anna Sage, a female acquaintance of Dillinger, betrayed him.

A native of Romania, Sage was threatened with deportation because she had spent significant time in America running a brothel. She made a deal with the authorities that she would help them ensnare Dillinger if the deportation process was stopped. They agreed.

On the night of July 22, 1934, Dillinger and Sage and another woman all went to the movies. As they were leaving the theater, federal agents and Chicago police officers surrounded the place. They quickly spotted Sage in the company of a man and a woman. The man had to be Dillinger. The authorities moved quickly, gunning down Dillinger as he tried to run down a side alley.

The agents and police breathed a sigh of relief knowing that Dillinger’s reign of crime had come to an end. 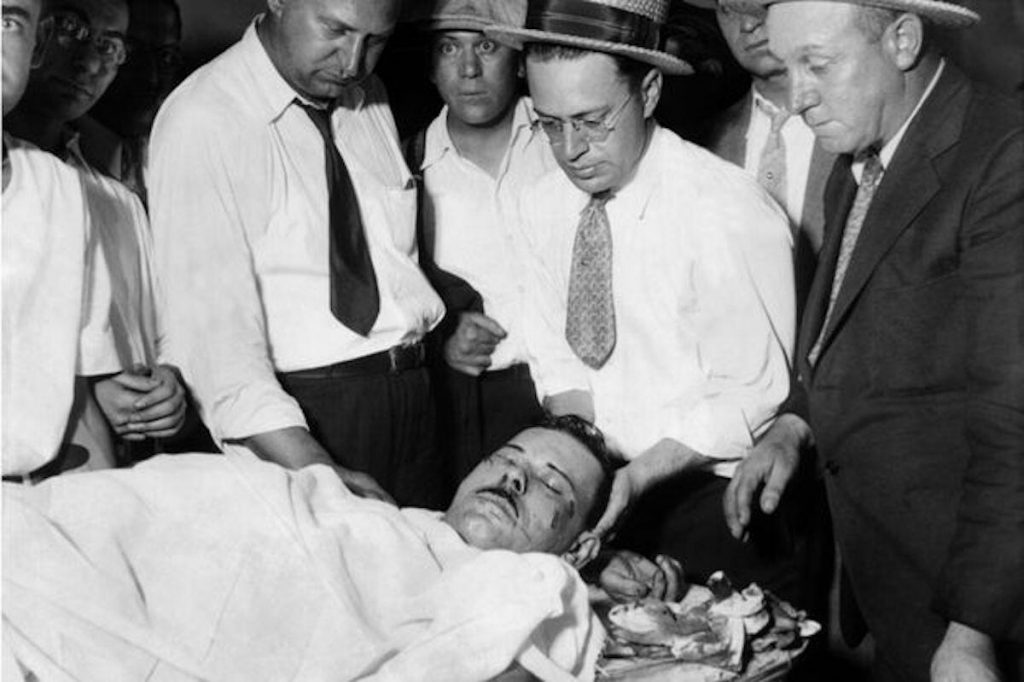 Before the corpse was cold, doubts began to register.

First off, After seeing the body, John Dillinger’s father flat out denied the corpse was his son.

Additionally, the pathologist’s official report merely added fuel to the fire. He noted that, while the face looked very much like Dillinger’s, the corpse’s eyes were brown (Dillinger’s were blue), the corpse had a life-long rheumatic heart condition (Dillinger would never have been able to join the Navy with such a condition), known scars on Dillinger’s body were not found on the corpse, and the body was shorter and fatter than Dillinger’s known measurements.

If this wasn’t John Dillinger on the slab in Chicago, where did the criminal kingpin go? He certainly didn’t continue with his criminal career. Bank robberies continued, but none of those perpetrators resembled Dillinger.

One gangster stated much later that Dillinger married and moved to Oregon, where he lived out his life under an assumed name. A crime researcher investigating Dillinger’s life proposed that Dillinger spent the rest of his life working as a machinist in California.

The hide-and-seek ambiguity of Dillinger’s demise makes for an appropriate ending to one of America’s most successful bank robbers.

What are your thoughts? Did John Dillinger really die in Chicago?