The Kennedy family is a well-known political and entertainment family that is both very successful and very unlucky. The trouble seems to have started back when the children of Joseph and Rose Kennedy grew up. They exceeded their parents in both fame and success. However, they exceeded their parents and just about every other famous family in tragedy as well. Because of this, some say there is a Kennedy family curse. There is no way of saying if that is true or from whence such a thing would have come, but it is certain that Kennedys should be careful. 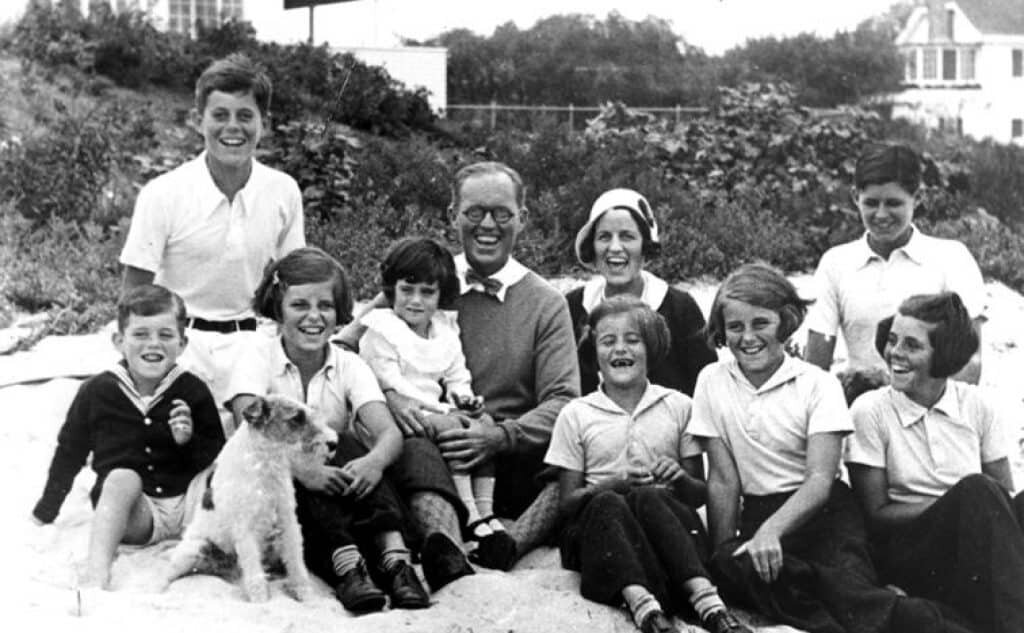 Easily the most infamous of all the Kennedy tragedies, the assassination of President John F. Kennedy is perhaps the most memorable event in all of the 20th century United States history. On November 22, 1963, the president and his wife were happily waving to a crowd in Dallas, Texas from their topless limousine. At 12:30 local time, three (or four) shots changed history. Most likely coming from the Texas School Book Depository, these bullets killed the president and seriously wounded Governor Connally. The shooter was Lee Harvey Oswald, who was killed shortly thereafter while in police custody. Some believe he did not act alone. It appears that we will never know.

John F. Kennedy’s little brother Robert looked to be on the fast track to follow in his brother’s footsteps. He was running for president when he was shot and killed by a man whose sole motivation appeared to be Robert’s support of Israel. The shooting occurred in the kitchen of the Ambassador Hotel. Robert was able to speak and asked if everyone was okay. Twenty-six hours later, he died of his wounds.

A Surgery That Should Not Have Happened

Long before John was assassinated, his little sister Rosemary suffered a tragedy that can well be blamed on ignorance and possibly ambition. Young Rosemary was a bit of trouble for her family. She was emotional and ran away from her lodgings at a convent. Of course, she was a young woman and had every right to travel where she wanted, but she was seen as mentally retarded by her overachieving family. Studies of her letters and achievements show that she was more likely of average intelligence. Nonetheless, her father had a lobotomy performed on her when she was 23 years old. They essentially cut into her brain until she was unable to speak properly. She spent the rest of her life in an institution.

The Kennedys and Airplanes

On August 12, 1944, three years after Rosemary’s surgery, Joseph P. Kennedy, Jr. was flying over England when the plane he was piloting exploded. He did not survive the incident. As a Navy pilot, he had been participating in Operation Aphrodite. The plane he was in was meant to be deliberately crashed into a target via remote. He was to bail with his crew before this happened. However, the explosives on board detonated too soon. Ten minutes later and he would have been jumping out.

Four years after Joseph’s crash, yet another crash took a Kennedy life. On May 13, 1948, Kathleen Cavendish nee Kennedy died in France with her fiancé when their plane crashed. She was only 28 years old and a widow already. It was to be her second marriage.

On June 19, 1964, Ted Kennedy was in a plane crash that killed two others. He survived with a broken back, a punctured lung, and other injuries.

On July 16, 1999, John F. Kennedy, Jr. died when a plane he was flying crashed near Martha’s Vineyard in Massachusetts. It was determined that the crash was his fault. He was simply inexperienced. He was 38 years old.

The Kennedys and Cars

Two car accidents in the Kennedy family would make it appear that they were cursing others with merely their presence. Ted Kennedy crashed his car into the water. His passenger was stuck in the car. When he fled the scene, she drowned. Whether he could have saved her if he had not run or if he had contacted authorities has been a matter of debate since.

On August 13, 1973, Robert Kennedy’s son Joseph Kennedy II was in a car accident. He survived, but the woman in the car with him was paralyzed for life.

John F. Kennedy’s wife Jacqueline had a female child on August 23, 1956. The child was stillborn.

On August 9, 1963, she had a son named Patrick. Sadly, Patrick only lived for two days.

Ted Kennedy’s son Ted, Jr. had his leg amputated on November 17, 1973. He was only 12 years old and suffering from bone cancer.

On May 16, 2012, Robert F. Kennedy, Jr.’s estranged wife Mary Richardson Kennedy hanged herself at her home in Massachusetts.