Machu Picchu is an ancient Inca city that towers above the Urubamba River in the Sacred Valley of the Andes Mountains roughly 50 miles northwest of Cuzco, Peru. Scholars believe the Incas built the iconic citadel for the 9th ruler of the Kingdom of Cuzco, Pachacuti, circa 1450. Local residents were aware of the royal city. However, in 1911, Hiram Bingham revealed its splendor to the rest of the world. Since then, archaeologists have discovered many amazing details. This article brings you 11 fascinating Machu Picchu facts as an introduction to the greater wonder of this magical place. 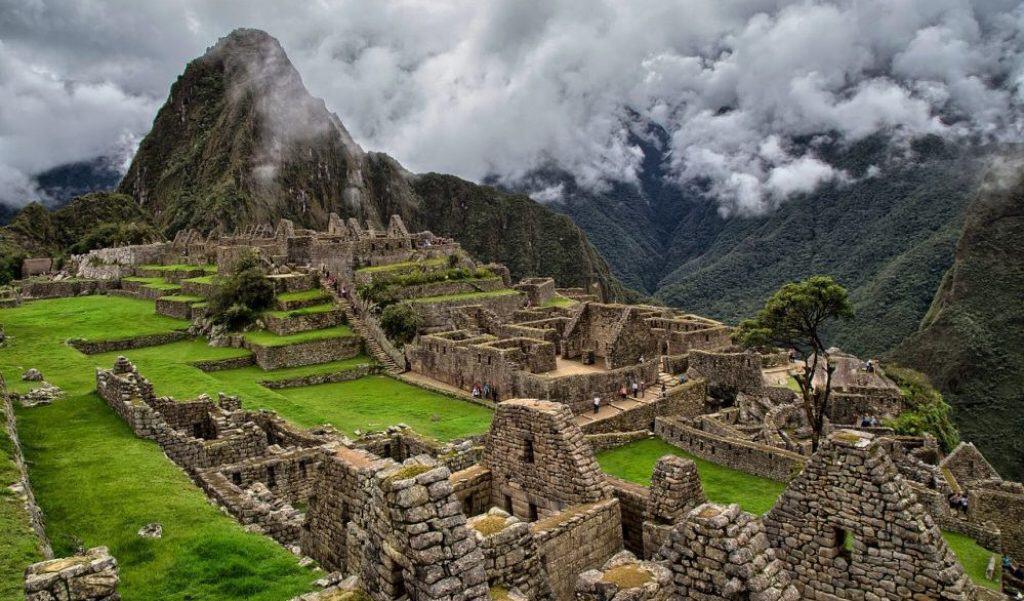 1. It Was a Safe Retreat for Royalty

The first of our Machu Picchu facts revolve around the location. Why did they choose this spot so high up on the cliffside? Ancient civilizations like the one fostered by the Incas depended upon practicality for their survival. Thus, the Incas chose to construct their sanctuary at an elevation of 7,972 feet at the end of the famous Inca trail. Such height provided a defensible fortress in addition to views of the Urubamba River valley below.

Some have proposed a theory that the sprawling complex which covers more than five miles in total area was the last Inca city. However, this speculation has largely been disproved by subsequent archaeological discoveries. History does reveal, though, that the Incas were facing an ever-present threat from Spanish conquistadors in the 16th century. Therefore, it is logical that they would have chosen to use the location in the interest of protecting their royalty. In fact, most scholars today agree that the site was a royal retreat. 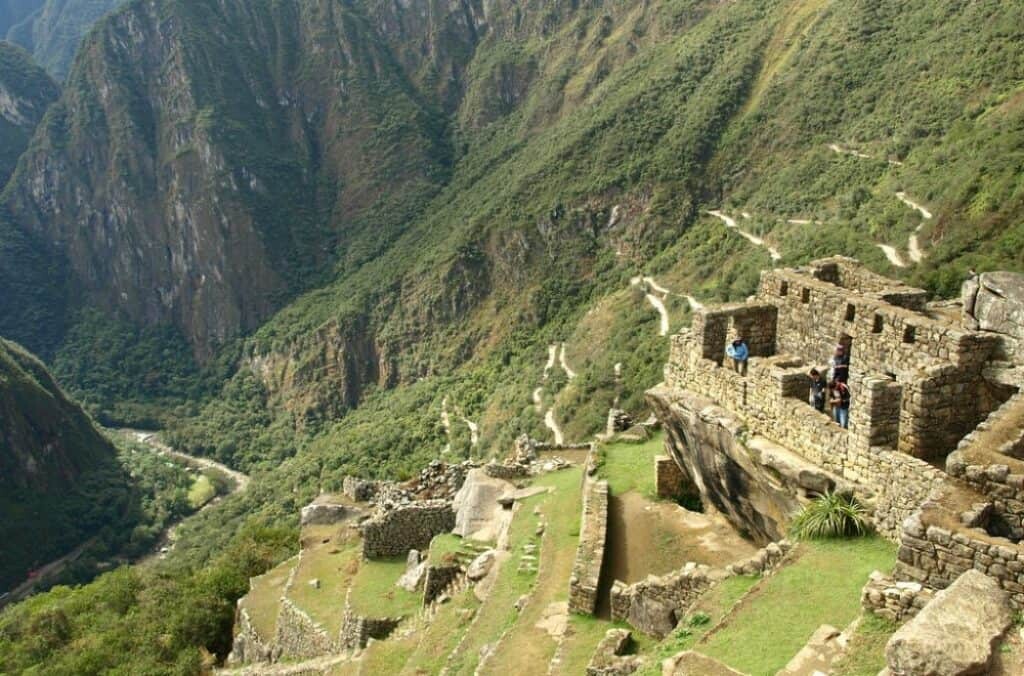 The name Machu Picchu comes from the local Quechua language and can be translated as “Old Mountain.” The name is fitting because it conveys the reverence for nature that the Incas embraced. It is likely that the original inhabitants of this Andean citadel viewed the mountain as an elder of sorts: one that had stood in silent observance of the passing of the ages.

3. Incas Were Master Planners and Builders

Number 3 of our Machu Picchu facts reveals the engineering expertise of the Incas. There are more than 150 separate buildings within the area of the citadel. These include what archaeologists believe is a combination of sanctuaries, temples, and even bathhouses. A large number of buildings and the manner in which they are laid out are indicative of planning and purpose. It is clear that the Incas devoted much time to the city’s design. This would have been a planning process that may have taken years in its own right.

The ruins also contain some 3,000 stairs. Many of these permit access to large terraces on the mountainside which researchers believe were used for planting. It was crucial that the sanctuary be completely self-sufficient. The complex was meant to be inhabited 24 hours a day, 365 days a year. The Incas were not inclined to make departures from the mountain once they were settled. 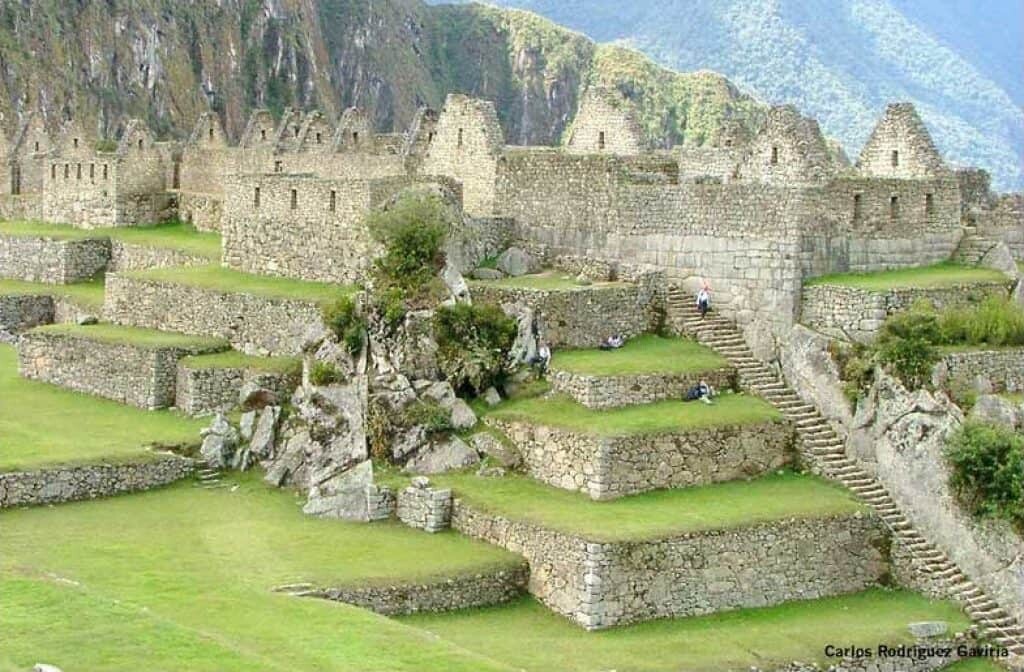 Building and steep stairs at the Inca citadel. Public domain

A complex system of springs, canals, and fountains existed at the ruins. To this day, archaeologists are at great pains to explain precisely how the Incas managed to build such an intricate water delivery system. According to engineer and researcher Kenneth R. Wright, the Incas used an advanced knowledge of hydraulics to route water throughout the entire site. The system revolved around the use of 16 fountains arranged in a series of vertical drops.

It has been suggested that the irrigation system of the ruins served a purpose beyond providing the Incas with life-sustaining water. Wright also suggests that the arrangement of the canals used to convey water would have created an ever-present soothing sound which may have served the religious purposes of the site.

Researchers believe that the Incas never completed the complex, which fuels questions about why they chose to leave it. The total area of the site is an amazing 32,592 hectares. Archaeologists are still discovering new sections of the city today, with new terrace structures that opened to the public in 2016. The most significant conclusion that can be made from this is that the Incas may have intended for this citadel to be the capital of their civilization.

6. The Sun, Moon, and Stars Were Important

Out of all our Machu Picchu facts on this list, this one may be the most mysterious. Experts speculate that like most early civilizations, the Incas were sun worshipers. The vast array of temples and observatories located at the site are indicative of Inca devotion to the sun god, Inti. According to mythology, Inti was the primary ancestor of the Incas. Archaeologists have determined that the temple structures and monuments also served the practical purpose of marking the solstices and equinoxes. Their alignment is far too intricate to be by chance.

Early man’s worship of the Sun, Moon, and the stars surfaced largely due to the impact these heavenly bodies had on his survival. The Incas benefited from their astrological observances in terms of how the various times of the year affected planting and hunting.

7. Buildings Were Prepped for Earthquakes

The Peruvian region which houses the ruins is an unstable one that has experienced many earthquakes. This was apparently as much of a problem in the 14th century as it is today. Archaeologists have determined that the Incas designed a manner of placing stones in their sanctuary that reduced the chance of its structures toppling due to a tremor. The stones in the buildings bounce or “dance” during an earthquake in a way that causes them to fall back into place when the seismic event is over. A curious question that may never have a definitive answer is, how did the Incas fit the occurrence of an earthquake into their religious mythology? One must also ask if these quakes played a role in the Incas’ eventual departure from the citadel.

8. Incas Did Not Use Common Tools

Number 8 of our Machu Picchu facts is perhaps the most perplexing. The Incas were a people who did not use wheels, iron tools, or draft animals. Thus, the construction of the city is a mystery that no researchers have yet been able to conclusively solve. How did the Inca people manage to move stones and blocks into place? This one fact has largely boosted the Ancient Astronaut Theory which contends that the Incas had help from beyond the stars. Experts know that the ruins contain a comprehensive system of astronomical observation. Some believe that the Incas built these markers as much for navigational purposes as they were for determining the solstices. 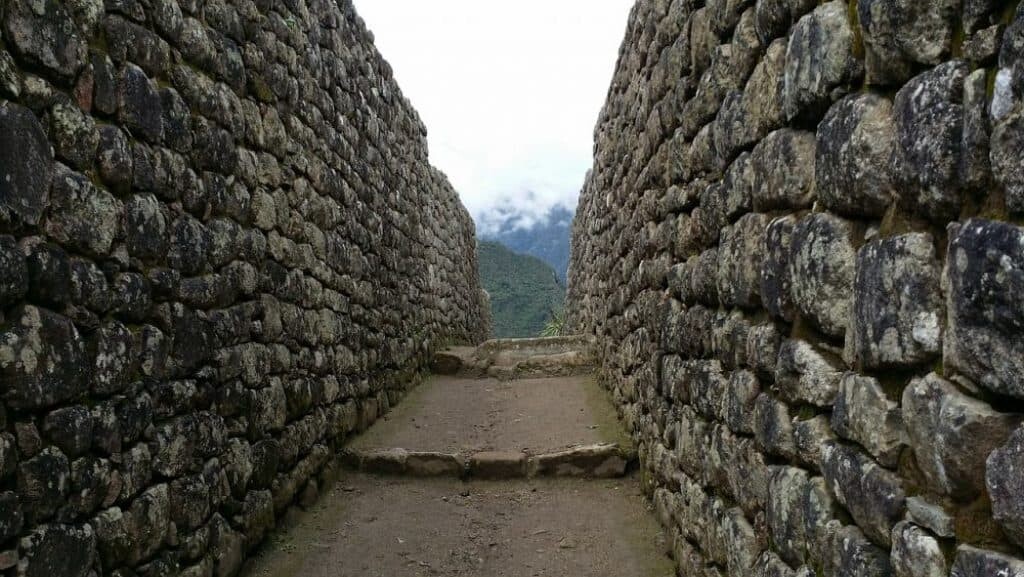 After his initial discovery of the ruins, Bingham returned twice for the purpose of excavations that the Peruvian government authorized. In the process, Bingham left the country with countless Inca artifacts that technically belonged to Peru. He gave these to Yale university where they remained in a museum collection until 2010 when the University agreed to return the items after a lengthy legal battle.

One cannot say that Bingham stole the artifacts he provided to Yale. However, many have theorized that some precious items from the Inca city may have made their way into Bingham’s private collection. Often referred to as a real-life Indiana Jones, Bingham lived in an era when very few restrictions were placed on amateur archaeological endeavors.

10. The Reason They Left is a Mystery

No list of Machu Picchu facts would be complete without asking this question. Even today, no one knows for certain. Scholars have advanced many theories throughout the years. However, one of the most interesting of these may offer an explanation that is more mundane than mystical. Some researchers believe that it was an outbreak of smallpox that decimated the Inca tribe at the ruins in the early 1500s. Thus weakened, experts believe the Incas moved on in the face of a threat from Spanish conquistadors. Another theory proposes that there was a civil war that forced them out.

As the Spanish conquistadors vanquished the Incas, they destroyed many sites. Yet, somehow, this one remained mostly intact. The reason for this is that the geographical location of the city rendered it largely invisible to those passing in the river valley below. When Bingham made his discovery with the aid of locals, vegetation had rendered the sanctuary even harder to find. To this day, there are many inaccessible areas in the region that scholars believe contain more structures.

This list of Machu Picchu facts is only a small sampling of the many incredible details of this Inca citadel. As we continue to learn more about the mysteries of the Incas, this amazing place will sit majestically atop its perch, reminding us what it means to be awed by history.

Examing Mary Magdalene In The Gospel of Mary

Hanging Gardens of Babylon May Have Been in...

Scotty Rushing is a professional freelance writer and published author. His works have placed in the bestseller category at Amazon on multiple occasions. Scotty lives in Louisiana with his dog, Bentley, where he is currently working on a full-length novel and other creative projects.