Was the Moon Landing a Hoax

When Neil Armstrong set foot on the moon in July of 1969, humankind made one of its top achievements in the recorded history of civilization. But was the moon landing a hoax?

Along with the millions of people who were in awe of the feat, and who continue to be so, there were trickles of people claiming that the whole thing was a lie. This ruse, they claim, was perpetrated by NASA and the American government in order to deflect negative attention from the Vietnam War and to show the apparent superiority of the USA over the USSR. 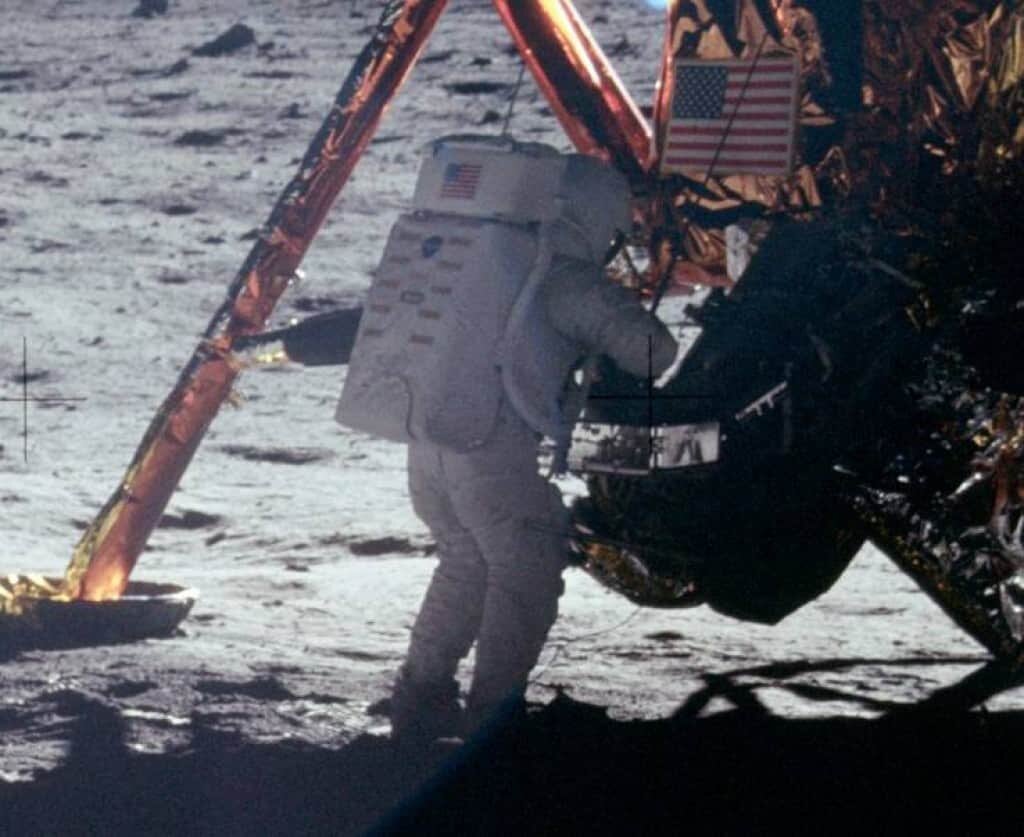 Was the moon landing a huge Hollywood stunt?

These peoples’ hesitations deal with the photo and movie footage sent from the moon. They claim that there are clear discrepancies that indicate fakery and a cover-up regarding a mission that never really left the Earth.

For example, there are photos taken at the moon landing site where, after the planting of the American flag, the flag seems to ripple in the wind instead of curling itself limply around the flag pole. If the moon has no atmosphere, skeptics argue that there would be no wind to make the flag move.

Other snags are the photos and movies that show the Apollo moon lander sitting on the moon’s surface. Photos of astronaut footprints on the moon’s surface show that the moon is covered by a significant layer of fine dust. And yet there is no buildup of dust around the lander’s feet or anywhere else one would expect to find soil piled up where the powerful thrusters had disturbed the moon’s surface upon landing.

Further complications arise from several pictures where shadows from rocks and other objects on the moon go in different directions. The moon has only one source of light: the sun. This would imply that all shadows would point in the same direction, but some of the photos seem to show shadows falling in different directions, which would imply that there was more than one source of light in the area. Possibly bright lights usually used on Hollywood movie sets?

Another anomaly about shadows concerns the lander itself. The portion of the lander not facing the sun should be completely black and in shadow. And yet in one photo of an astronaut saluting the above-mentioned flag, writing and graphics on the side facing away from the sun are clearly visible. How is this possible?

And there are photos that show a jet-black sky but there are no stars visible. Without an atmosphere, the stars should have been much brighter than on Earth and should have been easily picked up by the Apollo photographic equipment.

Additionally, some photos taken at different sites and at different angles seem to have the exact same background.

And there are other apparent anomalies.

NASA and other agencies have explained the various alleged discrepancies with clear scientific explanations such as reflected sunlight, the reflection of light off of the astronauts’ white spacesuits, and the construction of the flag’s pole, but skeptics remain.

Ironically, one of the best proofs for the moon landing being legitimate lies in the number of purported claims of fakery. If the United States government was to fake the moon landing, they most likely would have corrected so many blatant “errors.” It is hard to believe that such simple things as the presence of wind to move the flag and multiple light sources would not have been corrected by a set of arguably the best scientific minds of the time.

But skeptics and conspiracy theorists always seem to attach themselves to prominent events, and the moon landing is no exception. More convincing details will hopefully be gathered on the next moon mission.

Fountain of Youth: Search of the Mystical Spring