There is a curious individual buried in West Cemetery, Middlebury, Vermont, who is literally out of place. Supposedly an Egyptian prince is both one of the youngest and definitely the oldest person in the cemetery. Although the true identity of this individual is unconfirmed, his travels through time and space make for a fascinating story. His name was Amum Her Khepesh Ef, and he was born a prince around 1881 BCE during the time of Egypt’s Middle Kingdom. 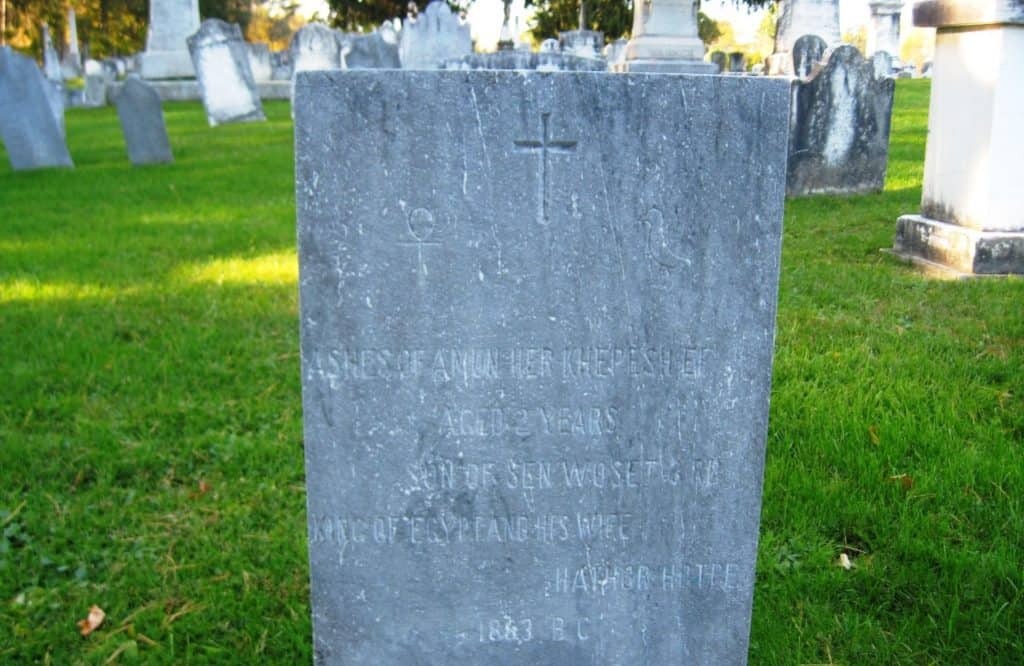 Legend of a Prince

Amum Her Khepesh Ef was about two and a half years old when he died in 1883 B.C. Several years later, his father, Sen Woset III (also called Senwosret III or Sesostris III) became pharaoh and ruled during the 12th Dynasty. Sen Woset III’s achievements included the building of the Sisostris Canal; his military campaigns led to a time of peace and prosperity. His pyramid at Dahshur was excavated at the end of the 19th century but had already seen robbery of some of its treasures. In fact, Victorian-era grave robbers, rather than archaeologists, were likely the reason the boy prince’s mummy landed in a 19th-century American museum curator’s collection.

Related: Mystery of the Mummy in Tomb #55

Journey Across the Ocean

Henry Sheldon, whose Museum of Vermont History still exists, bought the prince’s mummy sight unseen in the late 1800s. According to the blog My October Country, “the child’s body had been pawned throughout the antiquities circuit until it reached Paris, and then to the United States.” Sheldon was disappointed in the mummy’s degraded condition and stored it in the attic rather than displaying it. Sheldon died in 1907. 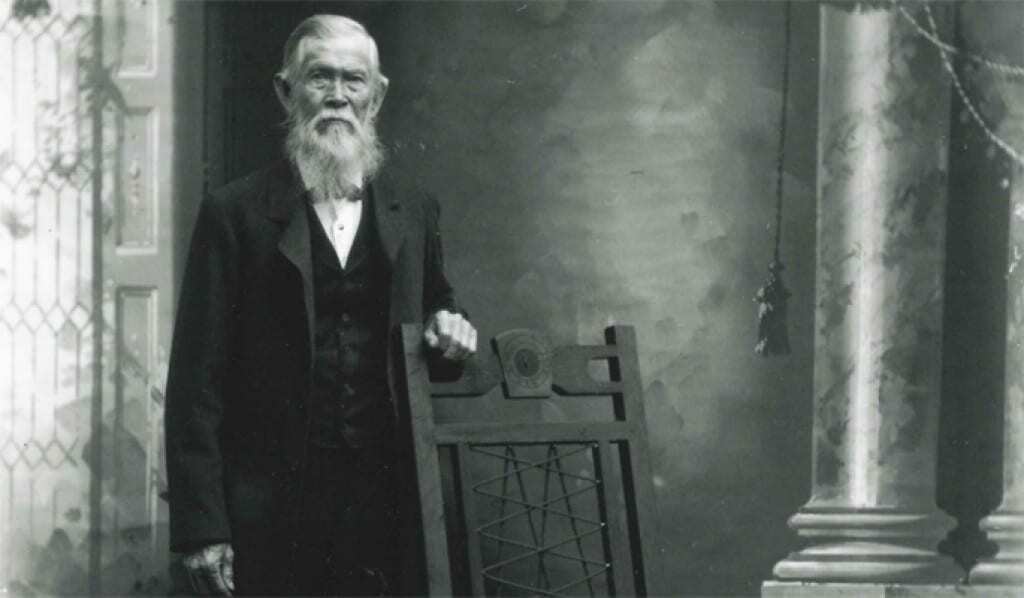 In 1945, museum director George Mead decided the royal mummy should have a proper burial; he cremated the decayed remains and buried them in his own family plot at West Cemetery. Three symbols decorate the headstone: a Christian cross surrounded by the Egyptian ankh (☥) and ba (bird), which represent life and spirit, respectively. The epitaph reads:

Ashes of Amum-Her-Khepesh-Ef Aged Two Years Son of Sen Woset 3rd King of Egypt and his wife Hathor-Hotpe 1883 BC.

How to Get There

The tombstone at West Cemetery, Middlebury, Vermont, is off Route 30 across from the Middlebury College Museum of Art. At the cemetery, the grave of Amum Her Khepesh El is about halfway in, on the left side. It’s between the graves of Emma Moody, who died in 1838, and Caroline Hawley Mead, who died in 1894, according to Roadside America’s report.

The nearby Middlebury College Museum of Art has plenty more for those interested in antiquities, including a relief from Egypt’s Old Kingdom (2520–2195 B.C.) and a Sarcophagus of Hathor-Mut-Netcher (64–343 B.C.), as well as Mycenaean, Greek, and Roman artifacts.

The museum’s art, which includes works from Asia, Europe, and the United States, ranges from Renaissance to contemporary styles.

The Henry Sheldon Museum of Vermont History, meanwhile, continues its founder’s mission of preserving information about Addison County. Its collection of 18th and 19th-century furniture and household artifacts shows how Vermonters lived in the past. The 1829 Judd-Harris house currently displays many of the pieces. The museum is at 1 Park St., Middlebury.