Can there be such a thing as a dog suicide bridge? Many Scots believe that just such a span exists on the driveway leading to Overtoun House in the Glasgow suburb of Dumbarton. It is the Overtoun Bridge and the site of many “doggy suicides.” 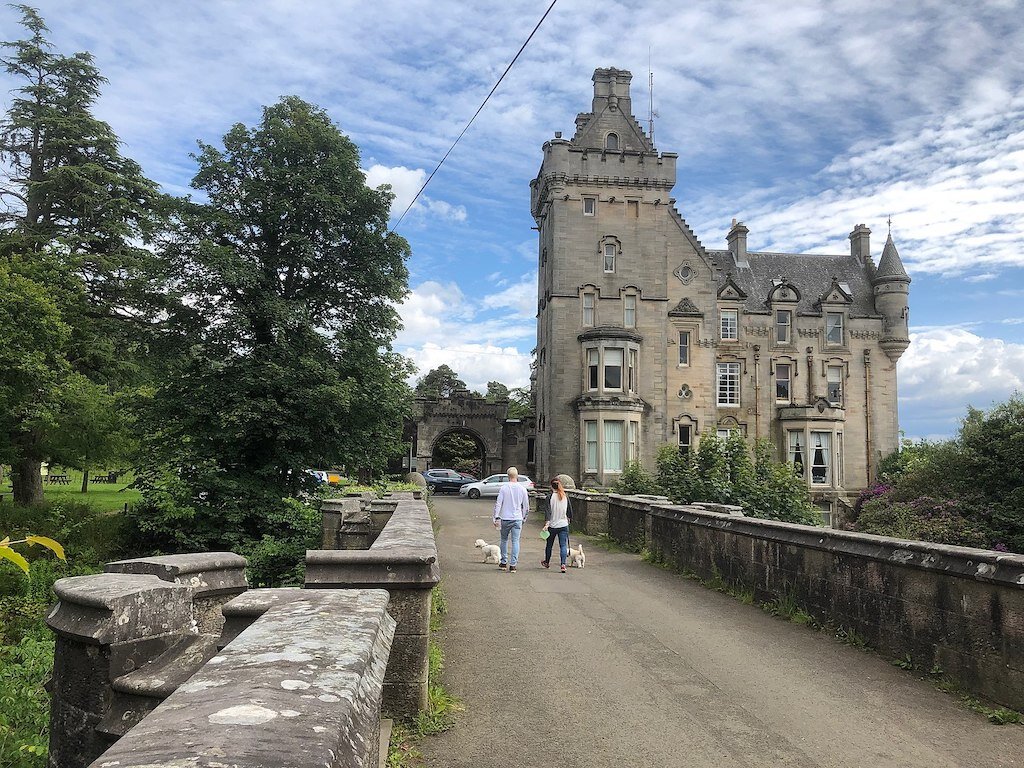 Exactly how many dogs jumped to their death and crash into the ravine below varies according to local sources. Some put the figure at around 600, others at 300, but the actual total seems to be something like 50 dogs. Even a modest number of canine deaths is sufficient to warrant a warning to pet walkers to beware.

Completed in 1895 to the design of landscape architect, Henry Milner, the bridge, is an ornate structure. It is flanked by retaining walls topped by a slightly beveled broad banister. Reports by owners of dogs who have traversed the bridge include stories of the strange behavior of their pets on approaching the structure. When on the bridge itself, it is reported, some dogs suddenly and for no apparent reason leap over the retaining wall, to crash into the trees, shrubs, and rocks some 50 feet below. Other dog owners have said that their pets jump up onto the retaining wall and run along it before bounding to their deaths. Some dogs do survive the experience. A few incautious pet owners have told reporters that when back on the bridge, their unleashed pets exhibit the same behavior. They make a second attempt at “suicide.”

From observers’ statements, it is not clear whether those dogs running along the parapet spring off it or lose their footing and fall. The latter is entirely possible as the camber of the banister on the wall, particularly when wet, makes sure footing difficult.

The statements of two dog owners serve as examples of strange dog behavior on the Overtoun Bridge:

“Something overcame Bonnie as soon as we approached the bridge.” Bonnie froze then, “became possessed by a strange energy and ran and jumped right off the parapet.”

“It happened instantly; my dog cleared the parapet wall without even touching it . . . something went through it like a poltergeist.”

With so many stories of strange dog behavior on the Overtoun Bridge? The local Society for the Prevention of Cruelty to Animals sent investigators to the site to unravel the mystery. A rational explanation for the dog “suicides” eluded them. 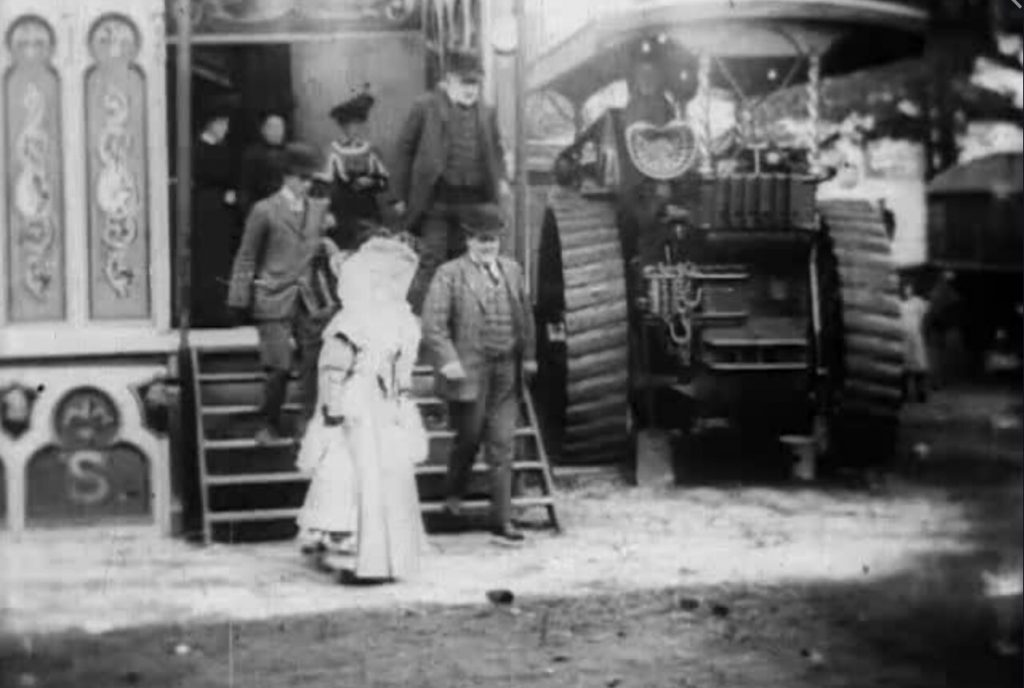 In place of a scientific explanation, many locals believe the odd behavior of dogs crossing the bridge is a response to the paranormal phenomena that abound the area. Several people visiting Overtoun described the apparition of the white ghost of Lady Overtoun. She, it is said, wandered the estate as a grieving widow after the passing of her husband and builder of the bridge in 1908.

What exactly drives dogs to jump to their death is a matter of conjecture. For example, perhaps it is something in the air compelling them to override visual clues as to the depth below. Dogs, according to canine cognition scientist Alexandra Horowitz have a complex and specialized nose. They have a sense of smell estimated to be between 10,000 and 100,000 times more acute than humans. If dogs follow their noses, what is the smell emanating from the ravine below that they cannot resist to the extent of leaping to their deaths? Some suggest rodents, in particular, mink, an animal known for its pungent odor.

The notion that dogs can commit suicide is fanciful. Suicide, as we understand it, requires self-awareness or self-consciousness. Animal behaviorists have mulled over the thorny question of whether dog behavior is entirely instinctual or involves some inscrutable aspect of reasoning and consciousness. However much humans wish it not to be so; there is insufficient scientific evidence suggesting dogs are rational or irrational enough to end their lives intentionally. This means applying the word “suicide” to dog behavior is unwarranted. 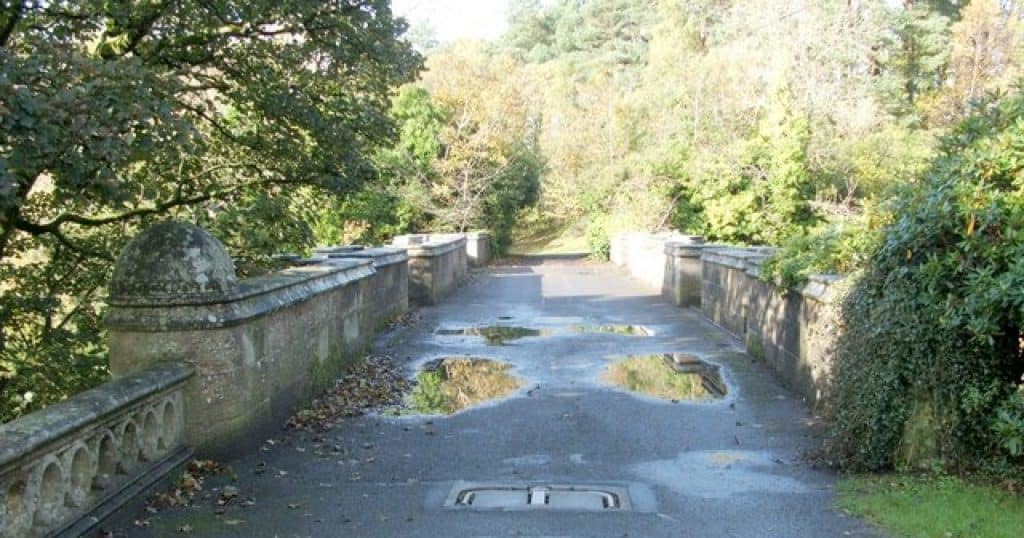 Why is the Overtoun Bridge a notorious venue for odd behavior among canines? A contributing factor is the sheer number of unleashed dogs frequenting the driveway of Overtoun House. Whether similar behavior occurs elsewhere is not known. For instance, the number of “suicidal” dogs saved by alarmed and protective owners tugging on a leash in other dangerous places is unknown. Undoubtedly, dogs do engage in reckless behavior, as every pet owner knows. Dogs may or may not assess a situation and register danger. They are social creatures whose ancestors adapted to the hunting of game. Social interaction and the hunt for food may trump other goals—even the avoidance of injury or death.

The rash behavior of dogs on the Overtoun Bridge may be a result of stimulating scents of other dogs. Some leap up onto the parapets and run along following their noses sniffing where other dogs have trotted. They are so focussed on nasal stimuli that additional sensory information is hardly processed.

Here are some of the facts:

Unfortunate and careless dog owners who lose their companions on the bridge will, according to the poem The Rainbow Bridge, reunite with their deceased pets. According to this heartwarming verse, loved pets who have passed, await their owners in a utopian limbo where they frolic carefree. They forgive their human loved ones for permitting them to run freely despite the danger to dogs.