Nestled into the northwestern slope of Mount Fuji in the Yamanashi prefecture of Japan is Aokigahara Forest. Dense with trees, streams, lush vegetation, and a variety of animals such as deer, bears, and foxes, these woods are one of Japan’s most beautiful natural areas. However, it is also the most ominous. Paradoxically, people across the world know of this place as the Suicide Forest, because thousands of desperate individuals have taken their own lives there. Why would a place so full of life become a lure for death? 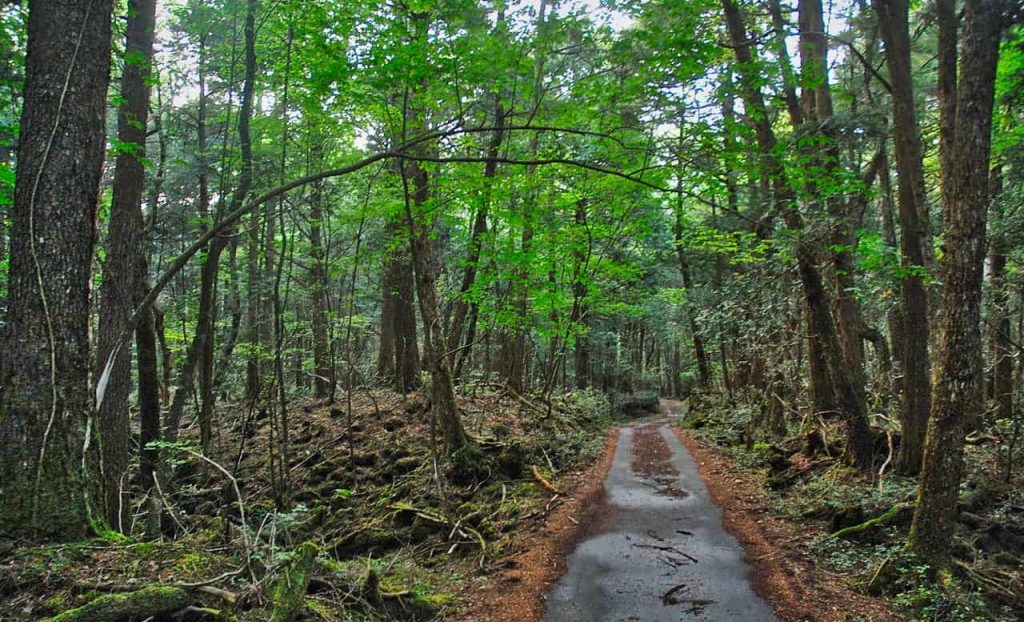 Aokigahara Forest is a natural area on Mt. Fuji and is known as the Suicide Forest. CC2.0 Simon Desmarais.

Despite annual body collection efforts, decaying human bodies hide throughout the thickets. Due to the fact that this is a heavily wooded area with rocky crags and caves, many victims have never been found. At one time, reports estimated that over 100 people would go the Japanese Suicide Forest each year to end their lives. In 2003 more than one hundred people committed suicide there. In 2010 over 200 went to the forest to end life, and 54 of those succeeded. As one facet of Japan’s suicide prevention measures, the government stopped publishing the number of deaths, which hopefully have fallen dramatically.

How did Aokigahara become the Suicide Forest? Oddly, its natural beauty and location are what draw people to take their own lives there. The reason some Japanese select nature-rich, mountainous areas largely stems from historical religious beliefs. Shinto is the primary religion of Japan and incorporates many gods into its system. In addition to dwelling in shrines, the gods also live in nature. Thus, special features of the natural world, such as rivers, trees, unique rocks, and mountains embody a deep sense of spirit and are subjects of worship. Tall mountains may serve as conduits to a heavenly realm.

Beliefs About Death in Natural Settings

Nestled in the foothills of the beloved Mt. Fuji, Aokigahara Forest sits at a divine juncture between this world and the next. Because the Japanese have always had a profound reverence for the actively volcanic Mount Fuji, it truly seems for them to be “the perfect place to die,” as some people have referred to it. Japanese commonly call the mountain “Fujisan” out of deep respect, and it has been the subject of worship for a long time. The Niponica website explains the connection between mountains and death in Japan:

In ancient times there arose a belief that, after death, the spirits of those who had left their earthly form climbed up mountains and became gods (kami) at the summit. Then they were transformed into household gods (ujigami), ready to protect their families. […] And so it was that mountains became the abode of gods and buddhas, the highest, most sacred place around. 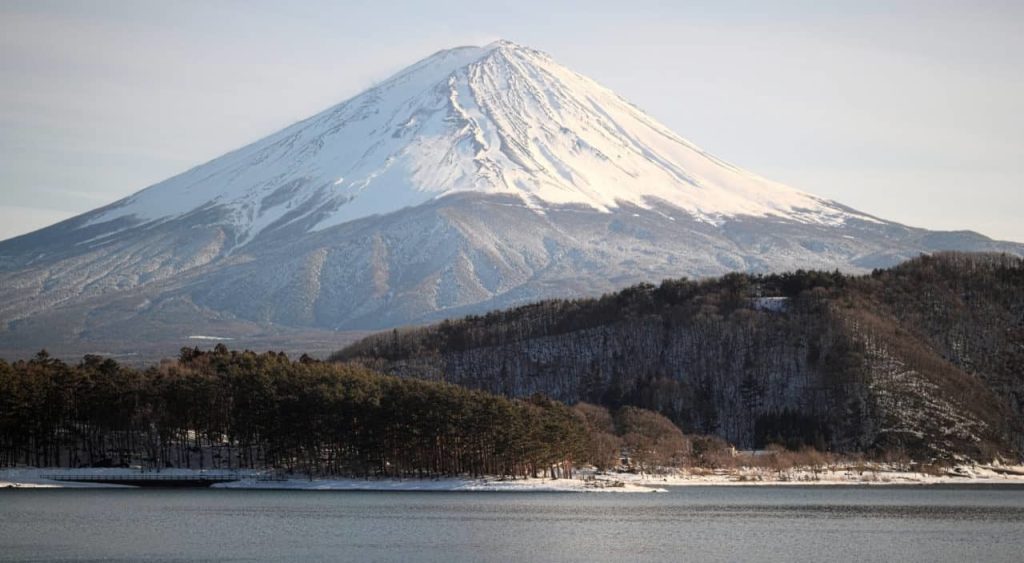 Starting in about 2005, Japanese officials began to see suicide as a major social problem. Skyrocketing deaths prompted intense public awareness campaigns. According to World Health Organization reports, rates dropped below 30,000 in 2012 for the first time since 1998. Authorities no longer publish suicide rates, as they choose not to draw further attention to the matter.

At Aokigahara Forest the parking lot has surveillance cameras to record everyone who comes and, hopefully, leaves. Park officials monitor the areas and watch for suspicious self-destructive behaviors. At the trailhead, Japanese language signs urge suicidal individuals to seek help and to think about their families. Additionally, a hotline help number is there for those who need to talk to someone.

Still, many people with thoughts of hopelessness flock to this forest each year. Thus, bodies still lie hidden in the trees and rocks, and annual sweeps of the woods always turn up cadavers.

Demons and Ghosts in the Suicide Forest

Individuals who survived attempts to kill themselves speak of a demonic force that called them there. Some say they felt compelled, while others claim they felt dragged into the woods. Japanese folklore claims that terrifying spirits and demons glide among the trees. Also, visitors in cars sometimes say they catch a glimpse of ghosts in their peripheral view.

Spiritualists of Japan believe the paranormal activity results from the suicides. According to that idea, the souls of the dead permeate the soil and trees. Other stories describe how folks who enter cannot find their way out of the dark depths of the woods.

Legends of ancient times refer to these woods as the place where people abandoned family members they could not care for when food was scarce. Usually, it was the elderly who went first. All alone in the woods, the people suffered painful deaths from starvation or exposure to the elements. Their vengeful souls may still haunt the woods.

Another factor contributing to the problems of suicides in the Aokigahara Forest is the sensationalism in pop culture. This had led to a romanticized idea of ending life there.

In 1960, Seicho Matsumoto published a book called Kuroi Kaiju. This title translates to “Black Sea of Trees.” In the book, Matsumoto writes about two lovers who kill themselves at Aokigahara. Although some people say it was the book that caused the dark trend in the Aokigahara Forest, numerous deaths there actually predate the book.

In another shocking text, The Complete Suicide Manual

, Wataru Tsurumi describes how to carry out one’s own demise. He highlights Aokigahara Forest as “the perfect place to die” and recommended that people hang themselves. Thus, authorities have often found the text next to suicide victims hanging from the trees on a rope.

A number of movies have also featured the forest. Most recently The Forest and The Sea of Trees portrayed these woods as a dark and demonic place from which people are lucky to escape.

Restoring the True Spirit of the Woods

Although the culture and historical perception of suicide in Japan has resulted in the paradoxical idea that Aokigahara Forest is a beautiful place to take one’s own life, there has been an ongoing campaign to instill a different truth — that there is nothing beautiful or honorable about suicide.

Japan’s government appears to be making a dent in the suicide rate. In time, perhaps this wild forest will revert back to its pristine spirit of nature. Instead of being known as “the perfect place to die,” hopefully, it will be known as a place to celebrate the life embodied in those woods.

Important Norse Symbols and Their Meaning

The Mystery Of The Concealed Shoes: Why Were...