by Doug MacGowan May 22, 2015
0
FacebookTwitterPinterestRedditEmail

The Rohonc Codex is an illustrated manuscript discovered at the Hungarian Academy of Sciences in 1838. The language and author of the manuscript are unknown, despite multiple attempts to decipher it.

The manuscript is almost 450 pages long and contains about 90 cartoon-like illustrations of both battle and Christian themes. The number of individual alphabetic “letters” in the text of the Codex is far more than those of the known archaic languages of the time and locale of Hungary. It is not clear if the text is to be read right to left or left to right. One thing that is certain is that the paper used to create the Codex dates to 16th century Italy. 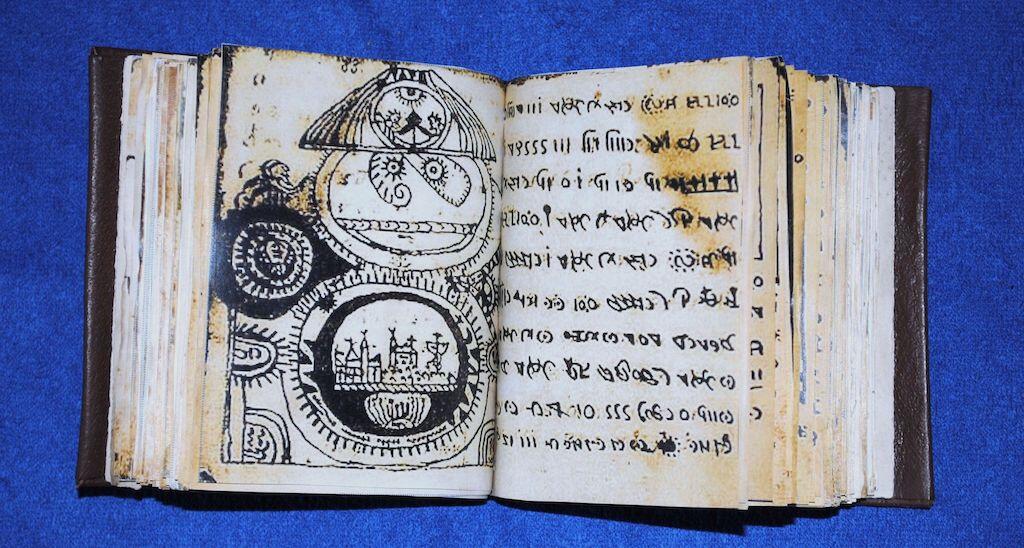 A copy of the Rohonc Codex. Image: Public Domain.

The Codex is reminiscent of the Voynich Manuscript, an archaic but well-known book written in an unknown language accompanied by primitive illustrations about unknown topics.

The parallels to the above-mentioned Voynich Manuscript are readily apparent in side-by-side comparisons. Both are written in cryptic codes/languages and both give tantalizing hints of the subject matter by way of equally cryptic illustrations.

Some scholars believe the Codex (named after the city Rohonc in Hungary) to be genuine and have spent years trying to decode the text and illustrations, while others believe it to be a deliberate hoax. Unfortunately, nothing has been proven for certain.

The Codex possibly first appears in history in 1743 in a catalog of a Rohonc library. Despite the inability to read it, the codex became categorized as a prayer book. However, there is no definitive proof this is the same codex as the Rohonc Codex, even though the prayer book is written in a contemporary Hungarian language.

Related: The Book of Soyga

The Codex definitely enters history in 1838. A Hungarian nobleman living in England, Gusztáv Batthyány, donated his entire library of books to the Academy, which included the Codex. His library included the Codex in the catalog, but there is no information about the book’s origin or history before Batthyány. If Batthyány provided any information about the Codex or the document’s origin, it is lost in history.

Efforts to crack the Rohonc Codex have been unsuccessful. Image Credit: The Codex from Rohonc Project

Over the years, the Codex continues to stump researchers in their attempts to translate it into a modern language. As early as 1840, Hungarian scholars examined the book to no avail. Other attempts in 1884 and 1890 resulted in dead ends. Sections of the Codex are available on the Internet for amateurs interested in solving its mystery.

Researchers have tried in vain to link up the characters in the Codex to known alphabets of history. Everything from manual code-breaking to computer software has been unsuccessful.

Claims of forgery and hoax began as early as the late 1860s. In 1866, Historian Károly Szabó accused Sámuel Literáti Nemes (1796–1842) as the author of the Codex. Nemes was an antiquarian known to have concocted multiple forgeries and spurious documents and books. However, attempts to link Nemes to the Codex have been unsuccessful. This is despite the fact that Nemes has been connected to other known forgeries created during the period the Codex was found.

The work goes on in the hopes of cracking the code and solving the puzzle of the Rohonc Codex. A future researcher or computer program may be the key to unlocking its secrets.

The Hawaii Clipper Disappearance of 1938

The Mystery of the Burke and Hare Murder...