People may know of the Voynich Manuscript, an antique manuscript full of yet-to-be-deciphered text and illustrations. But it is not the only mysterious book of earlier times. The Book of Soyga is a book from the 1500s that is known to have been in the extensive library of the great Elizabethan mystical scholar John Dee. 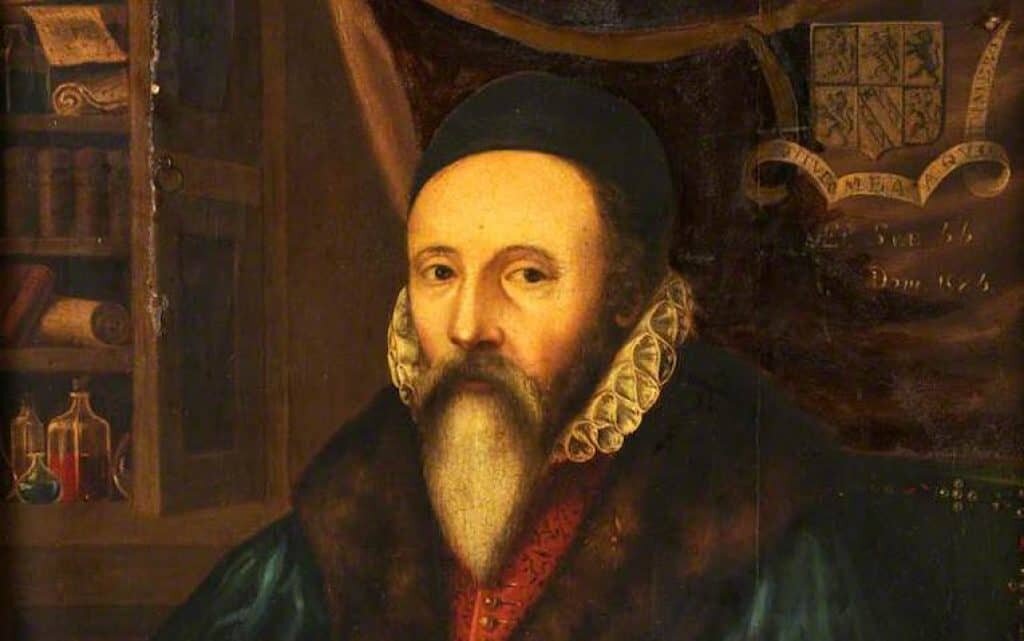 For centuries, the book was only known by references within other documents, and scholars feared that the book itself was long lost.

Fortunately, two nearly identical copies of the book were found in 1994 in the stacks of two English libraries. Elias Ashmole, a 17th century Freemason, was known to have stated that the Duke of Lauderdale possessed Dee’s copy of the Soyga book, but whether Dee’s copy is one of the copies rediscovered in 1994 is not known.

Dee himself was somewhat a man of mystery. A man of science, he devoted himself to the study of mathematics and astronomy and the developing art of navigation. But he was also obsessively drawn to the study of the occult. Dee searched diligently for the philosophers’ stone (the object or process that could turn common metals into gold). He also investigated the practice of divination, numerology, and the accuracy of astrological data. John Dee strongly advocated for an increased English presence in the New World. He was respected by nobility and royalty of the time, being granted audiences with Queen Mary and Queen Elizabeth I of England, Holy Roman Emperor Rudolf II, and King Stefan Batory of Poland. After Elizabeth I’s death, however, he fell out of favor with her successor, King James, and subsequently died in poverty.

The Book of Soyga is in Latin, which makes the text somewhat easy to translate. It appears to be a book on Renaissance magic beliefs. There are sections devoted to magic and astronomy and the identification of certain angels. Indeed, Dee reportedly got some of his information on the book from speaking (via a mystic, a man named Edward Kelley who practiced contacting spirits and angels via a crystal) to the archangel Uriel. Uriel supposedly told Dee that the information within the Soyga book went back to the time of Adam in the Garden of Eden and that the contents could only be interpreted by the archangel Michael. If Dee went on to “contact” Michael, there is no record of it.

Although Dee could understand the Latin text, the book also contained numeric puzzles that Dee was unable to decode despite many attempts. Some scholars have pointed out that the numeric information may allude to numbers used in the Jewish mystical practice of Kabbalah. One mathematician recently stated:

The treatise in The Book of Soyga…has a series of paragraphs mentioning the code words for twenty-three of the [numeric] tables…which stands in unknown relation to the words…The (book’s) preoccupation with letters, alphabet arithmetic, Hebrew-like backward writing, and so on, is…characteristic of the (16th-century interest in) Cabalistic magic (and in the) supposed Biblical antiquity of the Kabbalah.

The text itself poses some problems. Some of the Latin words appear written backward for no apparent reason. Indeed, the word “Soyga” may be a reverse of “Agios,” a Greek word for “Holy”.

The study continues on The Book of Soyga. Scholars and researchers hope that eventually, we will be able to crack the numeric codes and unlock all of the book’s secrets.