The Codex Gigas, also known as The Devil’s Bible, is a huge 800-year-old compilation of religious, medical, historical, and magic-related texts. It appears that a monk from the Podlažice monastery in Bohemia, today’s Czech Republic, copied the words in calligraphy and vividly illustrated the enormous pages during the 13th century. Once considered the eighth wonder of the world, the mysterious book is the most massive medieval manuscript in existence and draws international fame for a bizarre full-page illustration of Satan. 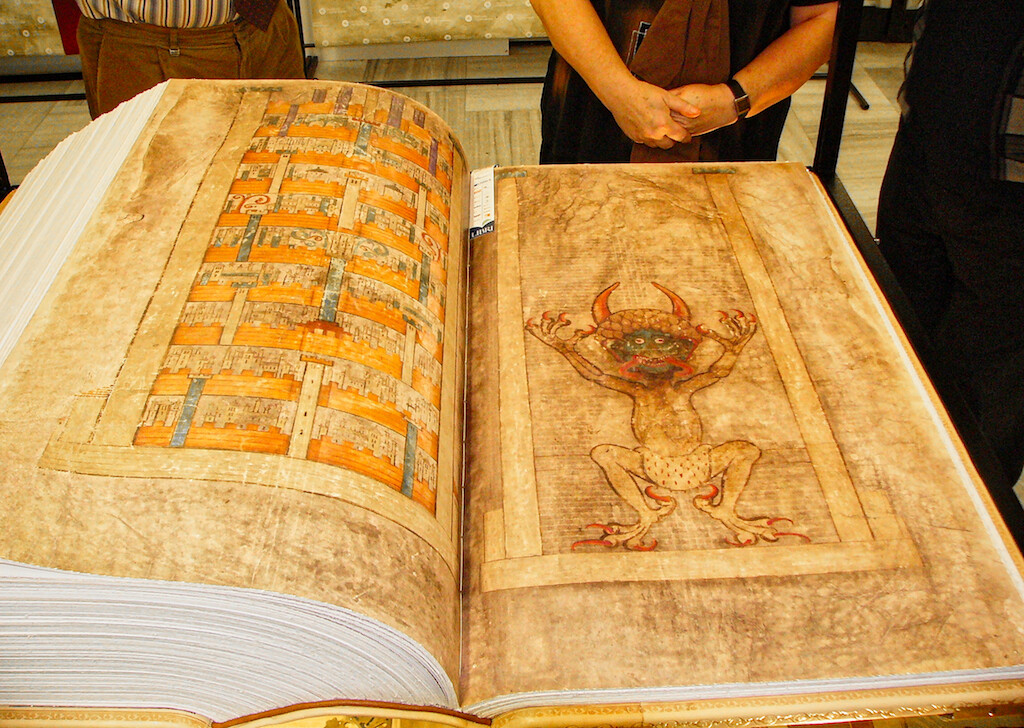 The Codex Gigas is the largest medieval manuscript in existence. CC2.5 Michael Manas.

Origins of the Codex Gigas

Experts believe the Podlažice Monastery was too poor and small to have produced the manuscript. Nonetheless, a note on the first page says that in 1295, the Podlažice monks pledged it to a monastery in Sedlec, Bohemia. That same year, the Benedictine Order of Břevno Monastery repurchased it.

In the 16th century, Holy Roman Emperor Rudolf II became deeply enmeshed in the occult. He obsessed over the Codex Gigas (Giant Book) and coveted the strange book for himself. Rudolf told the monastery that he’d like to read it and that he would return it. However, he never let it out of his possession in Prague. Later, During Europe’s Thirty Years’ War (1618-1648), Swedish forces confiscated the manuscript and took it to Sweden.

The Mysterious Language and Illustrations of the Voynich Manuscript

On May 7, 1697, a fire erupted at the royal palace in Stockholm. As the fire spread to the library, someone threw the Codex Gigas and other precious books out of a window, saving them. Writing 50 years later, an eyewitness said the giant book injured an onlooker when it flew out the window.

The Codex went to the new royal library of Stockholm in 1878 and later to the National Library of Sweden, where it remains to this day.

Description of The Devil’s Bible

Weighing at 165 pounds, the big book contains 310 sheets of vellum made of calf or donkey skin. Its pages are so large, measuring 36 inches tall by 20 inches wide by nearly 9 inches thick, that one calf or one donkey would have supplied just two pages. A wooden cover overlaid with white leather binds and protects the book. 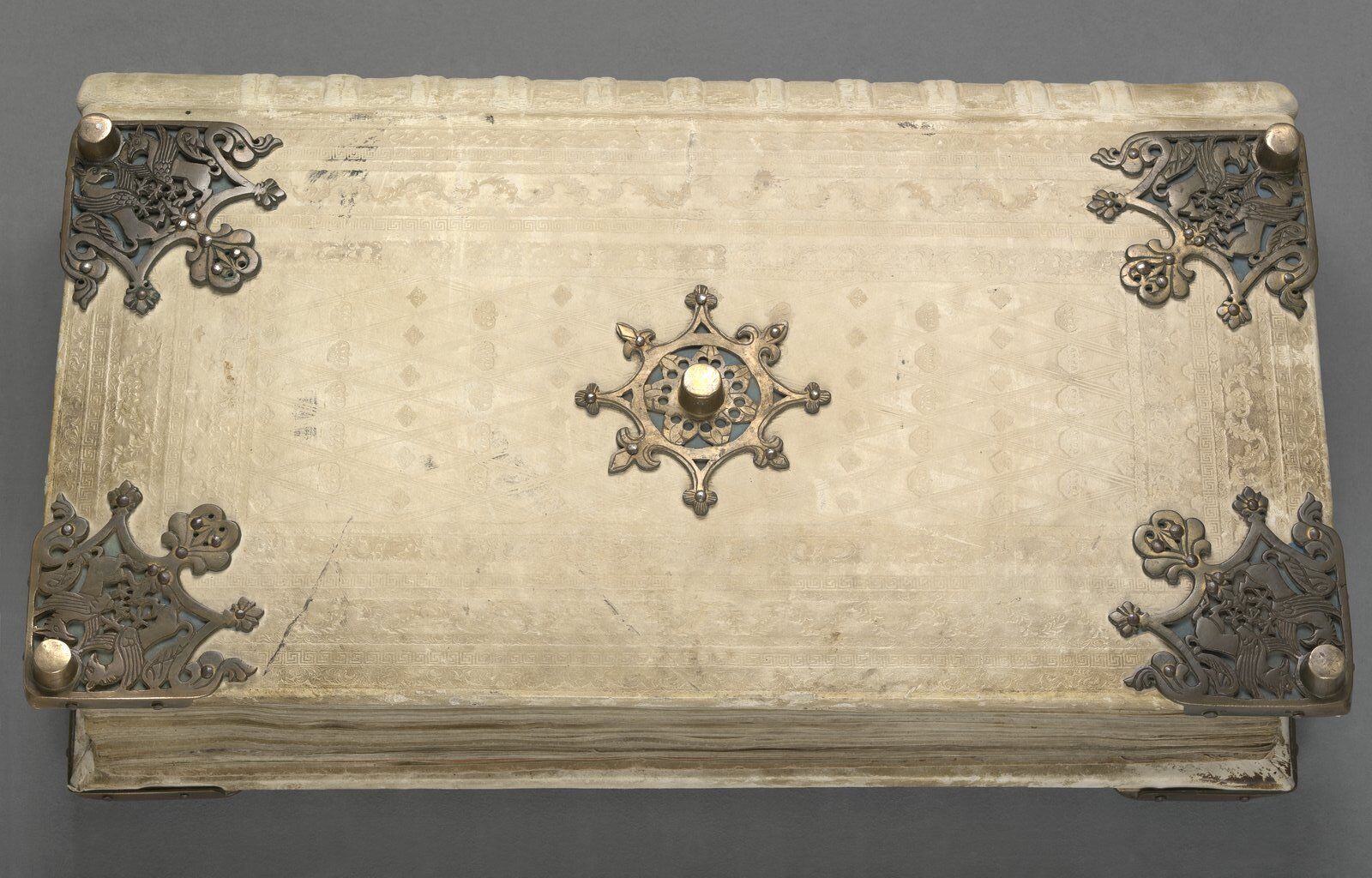 The manuscript had once been a bit bigger. However, someone trimmed off about one centimeter around the edges when it arrived in Sweden in the 17th century. Still, it is the most massive surviving medieval manuscript.

Ornate metal decorations at all four corners on the front and back each display two griffins. From the metal plates protrude knobs on which the Codex rested, while holes on the back may have looped a chain that connected the book to a table or desk. 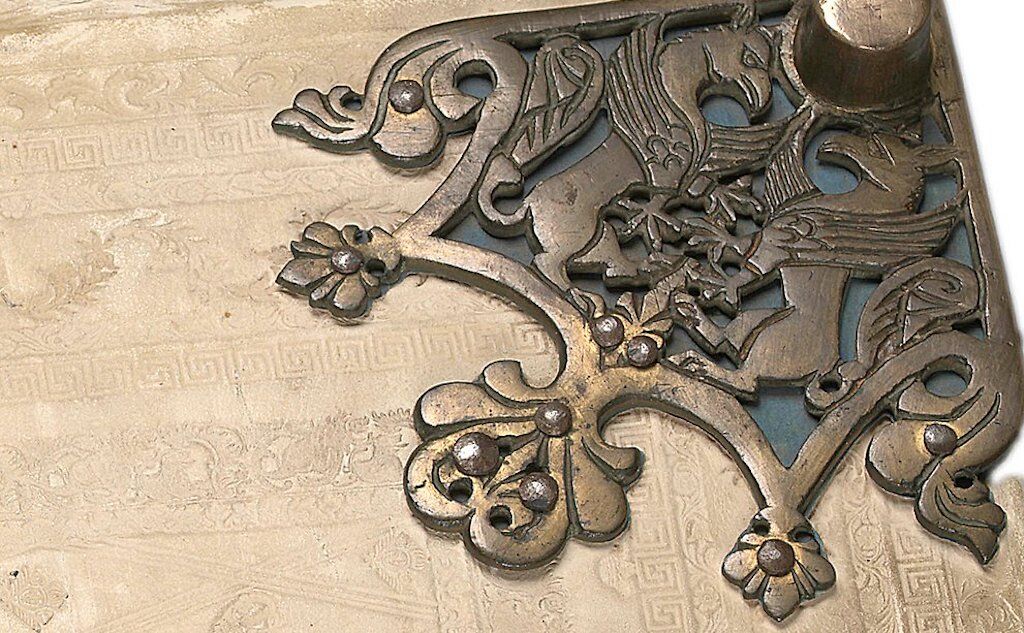 Who Wrote the Codex Gigas?

A great mystery surrounds the Codex. Nobody knows exactly who wrote it or how the scribe accomplished it so uniformly in one lifetime. Toward the back of the book, the name Hermann Inclusus appears posthumously. That name has become a part of the legends passed down throughout the years.

Is the 16th Century Rohonc Codex Genuine or Fake?

Some scholars, however, have doubted that one person could write and illustrate such an immense book. It would have been rare for one monk to have tackled a job such as this alone, as scribes usually worked together to copy manuscripts.

Research by paleographer Michael Gullick confirms that one hand created the entire book. The manuscript must have been a labor of love. Amazingly, it is precisely accurate and without errors. The incredible uniformity in the text and illustrations within the book’s 620 pages might suggest that someone created the work rather quickly.

However, according to Michael Gullick, one person could have created the book in five years only if he worked night and day nonstop. Therefore, the scholar suggests that it probably required 25 to 30 years.

Why Do People Call it The Devil’s Bible?

A combination of subjects within the Codex Gigas makes it highly unique and puzzling. The manuscript contains a 19-inch-tall illustration on page 577 of a leering devil with a green face, red forked tongue, two horns, and talons on his hands and feet. For this reason, the book is best known as The Devil’s Bible. 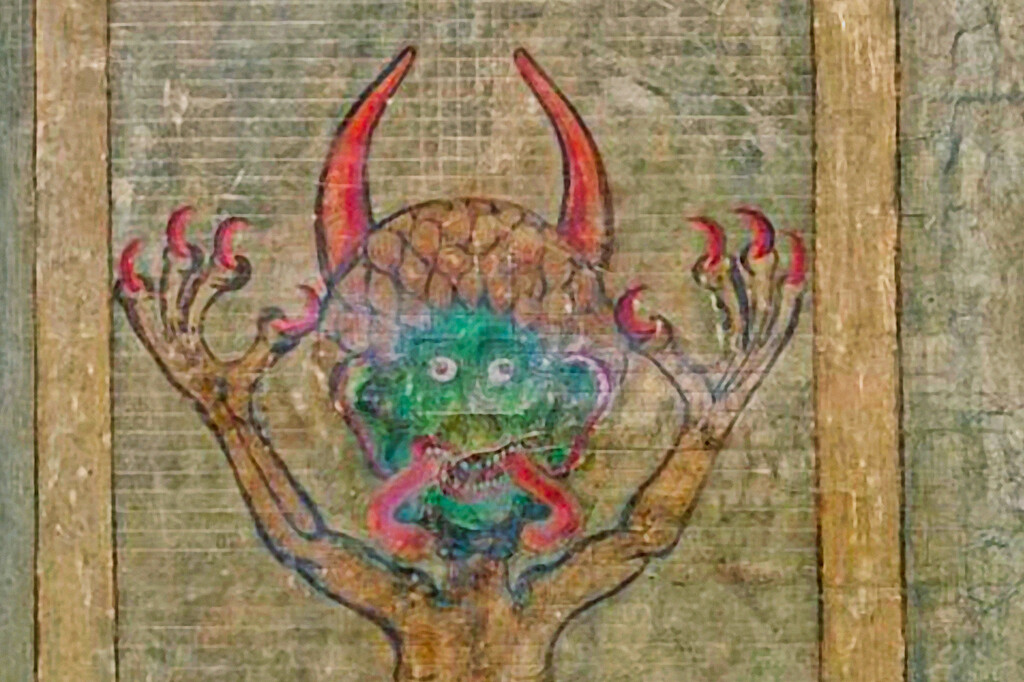 The full-page illustration of Satan has given the Codex Gigas the name The Devil’s Bible.

In the image, Satan is wearing an ermine loincloth. Ermine fur was a symbol of high royalty during the Middles Ages, and the illustrator possibly meant to convey that Satan is the Prince of Darkness.

Another odd feature in the manuscript is demonic conjurations. Those were spells used in types of exorcisms. Did the author suffer from a guilty conscience, as National Geographic suggests, or was he educating readers on how to rid the body of demons that cause physical and mental maladies?

Is the Devil’s Bible a Satanic Book?

Despite the demonic themes, the Codex is not a satanic text. In fact, it includes several parts of the Bible and other religious writings. Therefore, most people consider it a holy book.

On the opposite page from the devil, there is an illustration of the Heavenly City. It is possibly a representation of the New Jerusalem mentioned in the last book of the Bible, Revelation. Heaven and Satan, lying side by side, may represent the struggle of mankind’s choice between salvation and damnation the duality of good and evil.

Legend of Herman the Recluse

According to Codex Gigas legend, the monk who produced it was Hermann the Inclusus (Herman the Recluse), as noted. When the holy man broke his sacred vows to the church, he was supposed to be walled-up alive as punishment. The monk pleaded that in lieu of death, he would make a book in one night that would contain all human knowledge and honor his monastery forever. In this way, Herman thought he would atone for his sins and avoid the punishment.

The Ancient Order of the Mystical Rosicrucians

By midnight, the monk realized it would be an impossible task to finish the manuscript overnight. He decided to call upon Satan for help, who was more than happy to enter into a pact. In exchange for the monk’s soul and a large illustration of the devil in the Codex, the Prince of Darkness would help him complete the manuscript by morning.

Sins of the Monk

Nobody knows what specific sins the writer committed. However, they were so heinous that the strict Benedictine monks kept it a secret. The Codex Gigas appears to include a confession of the scribe’s sins in letters twice as large as the rest of the text. He admits to pride, envy, lust, gluttony, bestiality, and fornication. This list sits next to the illustration of the Heavenly City.

Perhaps the scribe attributed sins to himself that he did not commit as a warning to others. The list ends with a prayer for mercy and forgiveness.

What is Inside the Devil’s Bible?

Beautiful carefully hand-written Carolingian calligraphy forms the entire text in Latin. The Vulgate Bible and the following works make up the manuscript:

Illustrations in the Codex Book

In addition to the full-page devil and heaven illustrations, there are large, elaborate initials decorated with spirals, flowers, and animals. These types of designs begin the books of the Bible, including one each for the four Gospels. There are also less-elaborate arabesque initials and fleuronné (flower-type) lettering at the beginning of other books.

Another illustration in the manuscript portrays the creation story from the Book of Genesis. A blue orb represents Heaven, the stars, and the Moon. Below it is a green orb depicting the earth.

Although we now know that one person created the entire Codex Gigas over his lifetime, there are still many mysteries about the text. Why did a monk create such an enormous book that would have taken the rest of his life to complete? Why did he incorporate dark features such as a vivid image of the devil, magical formulae, and demonic incantations? Where do the boundaries between fact and legend begin and end? Who was Herman the Recluse? Did he commit a sin that led to a punishment of isolation and the creation of the book for the rest of his life?

You can see a 16-minute video about the history of the manuscript on the website of the National Library of Sweden. There is also a digitized version of the medieval book at the World Library here.