Mystery of the Sailing Stones of Death Valley Has Been Solved

Since the 1940s, boulders connected to long trails in the dry mud bed of Racetrack Playa in Death Valley National Park have perplexed visitors. It appeared that some unseen force was pushing or pulling these Sailing Stones, sometimes many hundreds of feet. Even huge boulders that weigh up to six hundred pounds have mysteriously slid across the surface and left trails engraved in the dirt. Until recently, nobody had seen or documented the stones moving, and the cause was unknown. Of course, this led to some wild speculation. However, using high tech methods, scientist have finally solved the mystery of the Sailing Stones. 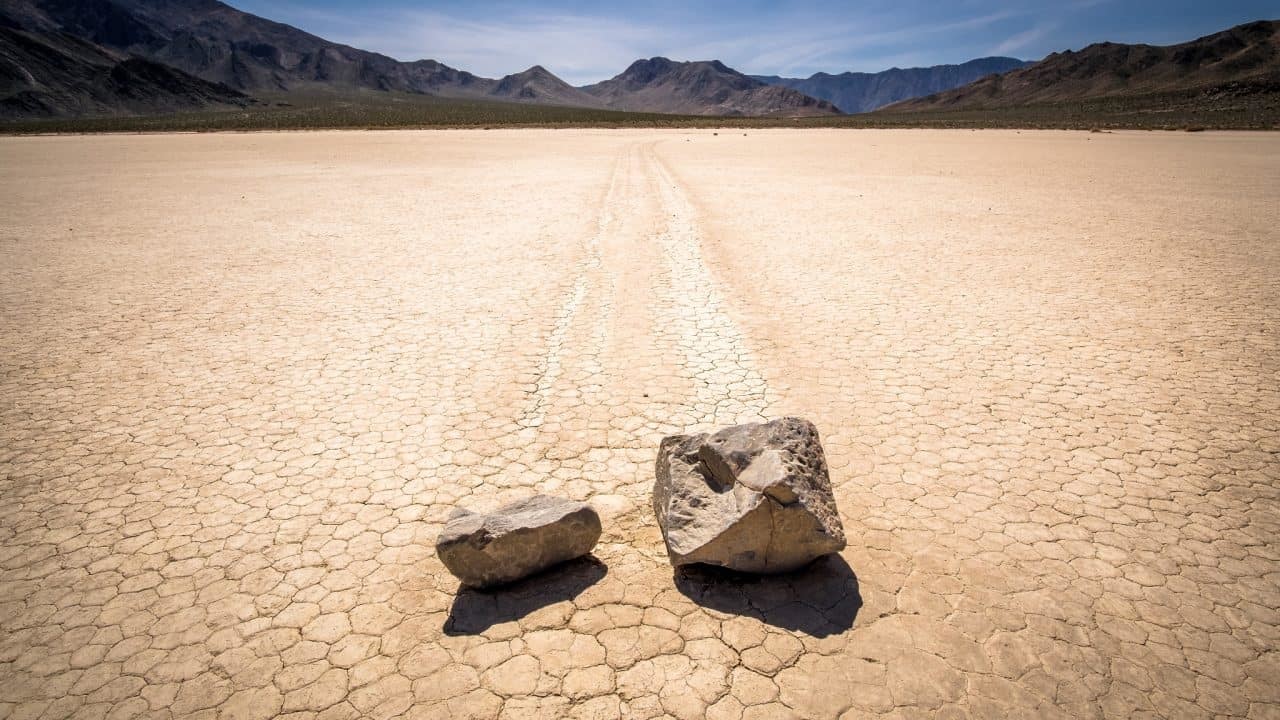 Racetrack Playa got its name from what seem like race tracks scattered across the desert floor. Often, the tracks run together. Interestingly, the Sailing Stones don’t always follow a predictable path when ice and wind are present. Some boulders that are physically near each other may start out sailing in a parallel direction, but then one might stop while the other one continues. Conversely, one may turn left or right and continue on in that direction. Other stones have reversed course while neighboring boulders have continued on in a straight path. Even more intriguing, some stones have completely turned over while continuing to sail across the dry lake bed.

Theories About the Sailing Stones

Many fringe theories developed as a result of the mystery of the Sailing Stones. Proposals of paranormal events or magnetic fields surfaced. Of course, when all else fails, UFOs are always culpable, and this case was no exception. Skeptical folks suspected a big hoax.

However, scientists had other ideas that were at least grounded — so to speak. Some researchers believed that a combination of natural factors was causing the movement of the stones. After all, this area of Death Valley can get very frigid in the winter nights, and a layer of ice sometimes forms on the smooth dry soil.

One theory was that very high winds were pushing the boulders across the slick ice. Winds can indeed clock up to 90 mph during the winter months. Other scientists theorized that it was due to the movement of water or thick ice sheets that pushed the stones.

Researchers understood that conditions have to be just right for Sailing Stones, as the rocks can go up to 10 years without changing position at all. Therefore, they believed that some unique combination of factors must be at play. As it turns out, the scientists were close in their assumptions, however, no one had actually documented the conditions and movements in action. Then the Norris team implemented the Slithering Stones Research Initiative.

Richard Norris, James Norris, and their team set up a weather station in 2012 complete with time-lapse cameras and GPS enabled boulders. Their Slithering Stones project would be the first scientific study to conclusively prove the cause of the movement.

While nothing happened in 2012, in 2013 snowy and rainy conditions turned part of the playa into a shallow pond. Sailing Stones moved on December 4, 20, 21, and Jan 9, and the researchers recorded the events on their cameras and GPS.

They noticed that during the night, the top of the pond froze over and created a thin ice sheet. Then in the morning, they saw that some portions had melted. The melting water ran onto the dry shoreline which “pulled” (think of the cohesive force of water) the remaining ice sheets causing them to move and eventually break up. There was also a light breeze to help the movement.

Although they cracked into separate sheets, some of the panels were hundreds of feet wide. Additionally, the sheets floated on a few inches of water. Stones trapped inside the thin sheets moved along with the ice at a very slow rate about 1-2 meters per minute. On December 20, more than 60 rocks moved. Additionally, one of the stones fitted with GPS moved about 700 feet during multiple events during December and January.

It appeared that the mystery of the Sailing Stones had been solved. 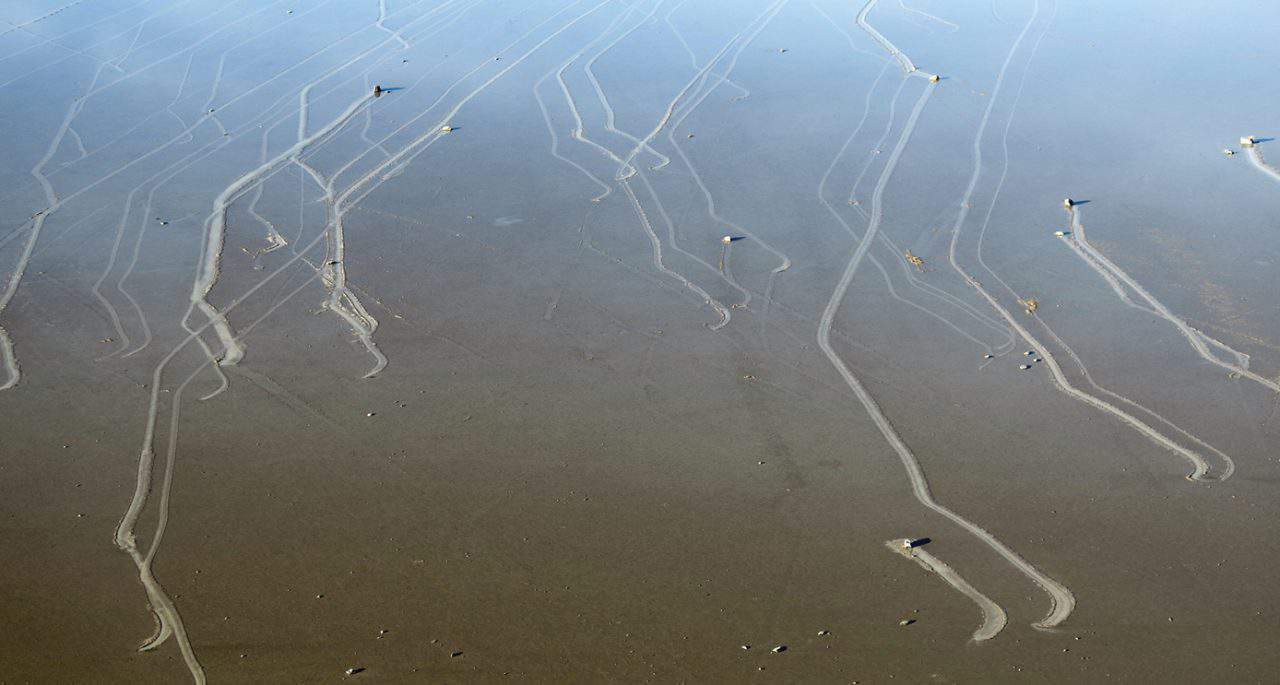 Norris’ team noticed a rare combination of conditions that resulted in the traveling stones in Racetrack Playa.

Because the ice sheets break up under the right conditions, rocks trapped in different sheets may move in isolation of one another. This may be why the trails do not always remain parallel. The rocks left their trails in the underlying mud, visible only once the ice and water dried up.

As it turns out, invisible desert fairies and rogue magnetic disturbances have nothing to do with the Sailing Stones in Death Valley. Nothing even as exciting as hurricane-force winds are to blame. Although the true cause is much duller than many people once thought, it is fascinating to think that very thin ice sheets can move huge boulders hundreds of feet with very little wind. This testifies to the power of nature.