The 21 Grams Theory was a hypothesis of Dr. Duncan MacDougal who suggested that human souls have mass. He conducted various tests in 1901 to measure the weight of a soul.

On 10 April 1901, an unusual experiment was about to occur in Dorchester, Massachusetts.  Dr. Duncan MacDougall was going to prove that the human soul had mass, and was, therefore, measurable.

Dr. MacDougall conducted this experiment on six dying patients placed on specially made Fairbanks weight scales just prior to their deaths.  Dr. MacDougall’s intention was to weigh each body before and after death to determine any differences measured by the delicate scales.  The patients were selected based upon their imminent death.  Two patients were suffering from tuberculosis, 5 were men and one was a woman.

In the company of four other doctors, Dr. MacDougall carefully measured the weight of his first patient prior to his death.  Once the patient died, an interesting event occurred.

Suddenly, coincident with death, the beam end dropped with an audible stroke hitting against the lower limiting bar and remaining there with no rebound. The loss was ascertained to be three-fourths of an ounce.

The experiment continued on the next patient with the same results.  Dr. MacDougall felt he was on to something extraordinary.  A quote from the 11 March 1907 New York Times article captures the historic moment:

The instant life ceased the opposite scale pan fell with a suddenness that was astonishing – as if something had been suddenly lifted from the body. Immediately all the usual deductions were made for physical loss of weight, and it was discovered that there was still a full ounce of weight unaccounted for”.

All Patients Lost Weight After Death 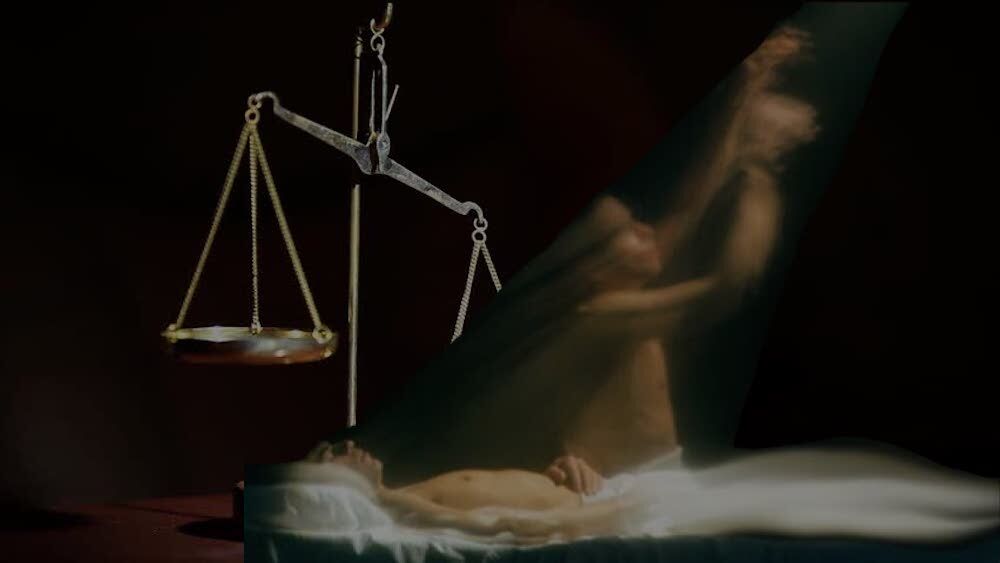 The average weight loss upon death appeared to be 21 grams.

All five doctors took their own measurements and compared their results.  Not all the patients lost the same weight, but they did lose something that could not be accounted for.  Unfortunately, only four of the six patient’s results could be used due to mechanical failures or the patient dying prior to the test equipment being in place.

But what about the consistent weight loss?  The doctors took everything into account, from the air in the lungs to bodily fluids.  It still could not be explained.  An interesting variation occurred on the third patient, who maintained his same weight immediately upon death.  But after one minute, he lost about an ounce of weight.  Dr. MacDougall explained this discrepancy as follows:

I believe that in this case, that of a phlegmatic man slow of thought and action, that the soul remained suspended in the body after death, during the minute that elapsed before its freedom. There is no other way of accounting for it, and it is what might be expected to happen in a man of the subject’s temperament.

Following the experiment and consulting with the other attending physicians, the average weight loss of each person appeared to be ¾ of an ounce.  Dr. MacDougall concluded a human soul weighed 21 grams.

Dr. MacDougall conducted the same experiment on 15 dogs.  The experiments showed no change in weight following their death.  MacDougall concluded that this may signify only humans have souls.

H. LaV. Twining, a physics teacher at Los Angeles Polytechnic High School, attempted the same experiment on mice in 1917.  His conclusion was in line with that of Dr. MacDougall.  There was no deviation of weight when the mice died.

Dr. MacDougall was a respected physician of Haverhill and the head of the Research Society that was conducting work in this field for six years prior to the experiment.  Although considered unethical in modern times, these experiments spark a lot of criticism, ranging from the methodology used to various religious implications

Validation of the 21 Grams Theory