An “Out of Place” Artifact

Proponents for the Coso Artifact say that the material in which it was discovered is too old to have held such an item. Estimates put the material at around 500,000 years old. However, there is another side to the story. 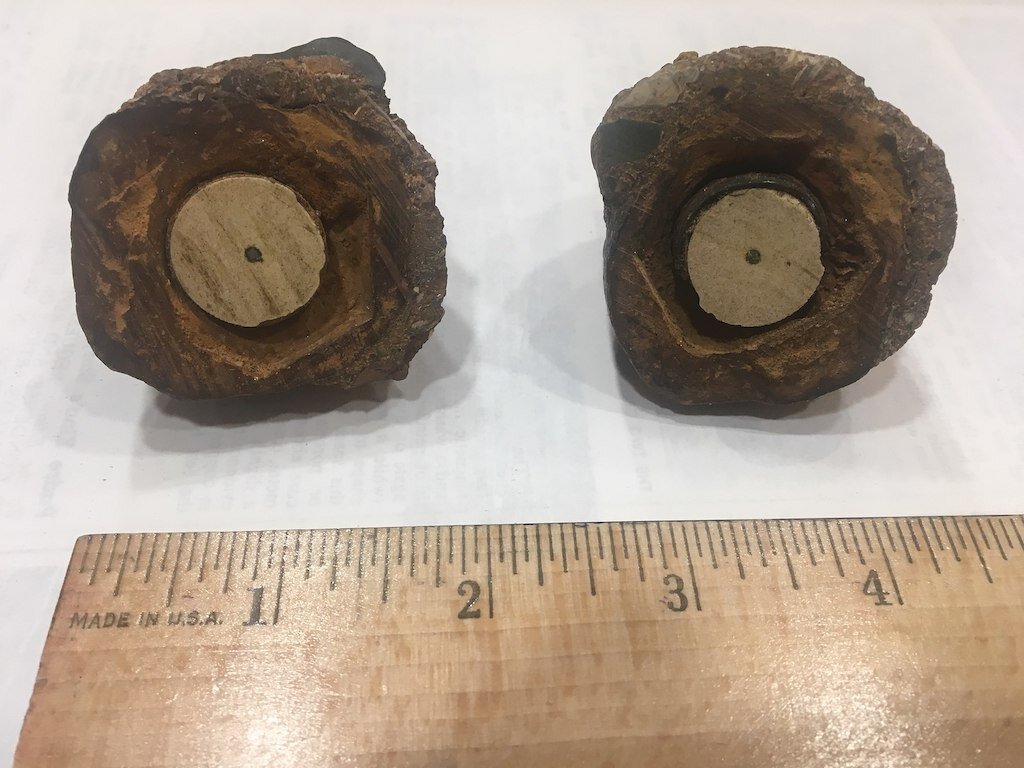 A 2018 image of the Coso Artifact. Image: Peter Stromberg.

The Coso Artifact was found by rock and geode hunters Mike Mikesell, Virginia Maxey, and Wallace Lane. On February 13, 1961, the trio was hunting for geodes to sell in their gift shop. They hunted in the area of Olancha, California and then brought their finds back to the shop to be sorted and cut. When one of the “geodes” was cut, a cylinder of metal and ceramic was found inside. One of the discoverers of the Coso said that an archaeologist dated the material to 500,000 years ago. It was also said that it might be hardened clay and that it also contained what looked like a nail and a washer.

The date of the Coso Artifact relies on the assumption that it is a geode. The only known thorough physical examination of the Coso Artifact found that the material was too soft to be a geode. It also lacked the telltale quartz crystals found in crystals. Some softer materials can form around a modern item relatively quickly, whereas a geode cannot. That renders the age estimate not necessarily incorrect but based on a faulty belief. The most telling part of the examination came with an x-ray of the item inside. It revealed that the metal was a cylinder with a screw-like item on one end and a flare on the other end. The black and white images are from the initial investigation.

For a period of time following the investigation, the Coso Artifact disappeared. The three individuals who found it no longer talked about it and one may have since passed away. Nonetheless, the first investigation and the photos (including x-ray photos) that resulted have made it possible for experts to make some interesting discoveries about the item.

The photos did not show a modern item inside of a geode. However, the item inside the geode was tentatively identified.

Pacific Northwest Skeptic Pierre Stromberg took an interest in this artifact and decided to look into it. Unable to use the Coso Artifact as a point of reference, he used photos and x-rays taken of the item decades earlier. The leading theory suggested it was a spark plug, as it displayed many of the same characteristics. However, the screw-like end posed a problem. He contacted the Spark Plug Collectors of America, asking them to identify it, if possible. He received word back that the item had been positively identified as a 1920s Champion spark plug used in Ford Model T or Model A engines. There was no doubt in the man’s mind. Other spark plug collectors confirmed that the Coso Artifact is indeed a spark plug, just designed differently than the spark plugs we use today.

The logical explanation is that it is indeed a spark plug. The nail and washer discovered with the item somehow became encased in a harden clay over the years.

A Re-Evaluation Confirms an Honest Mistake

It seems unlikely that it was a hoax, given the hands-off approach that the discoverers have taken following the initial investigation.

In April 2018, the family of one of the founders allowed Stromberg to conduct another examination by a geologist at the University of Washington. The initial conclusion was correct. The item is a 1920s sparkplug encased in iron oxide.

The Coso Artifact is now on display at the Pacific Science Center in Seattle, Washington.

It seems it was simply mistaken for something that it was not. In fact, even Maxley said that was a possibility.