Home » Archaeology » The London Hammer: Out of Place Artifact?
Archaeology

Discovery of the London Hammer

In June 1936 (or 1934 by some accounts), Max Hahn (1897-1989) and his wife Emma were hiking along Red Creek near London, Texas. It was there that they discovered an artifact that seemed completely out of place. What they found was a unique piece of wood protruding from a rock concretion. When the rock was broken by their son in 1947, it revealed an iron hammer with a wooden handle.

The artifact would gain the world’s attention when Carl Baugh, a Creationist, who purchased the artifact in 1983.  The London Hammer, or the London Artifact as some call it, was promoted by Baugh as a monumental ‘Pre-Flood’ discovery. Additional curiosity was generated when a 1985 report from the Creation Ex Nihile dated the rock formation encompassing the hammer as 400-500 million years old. 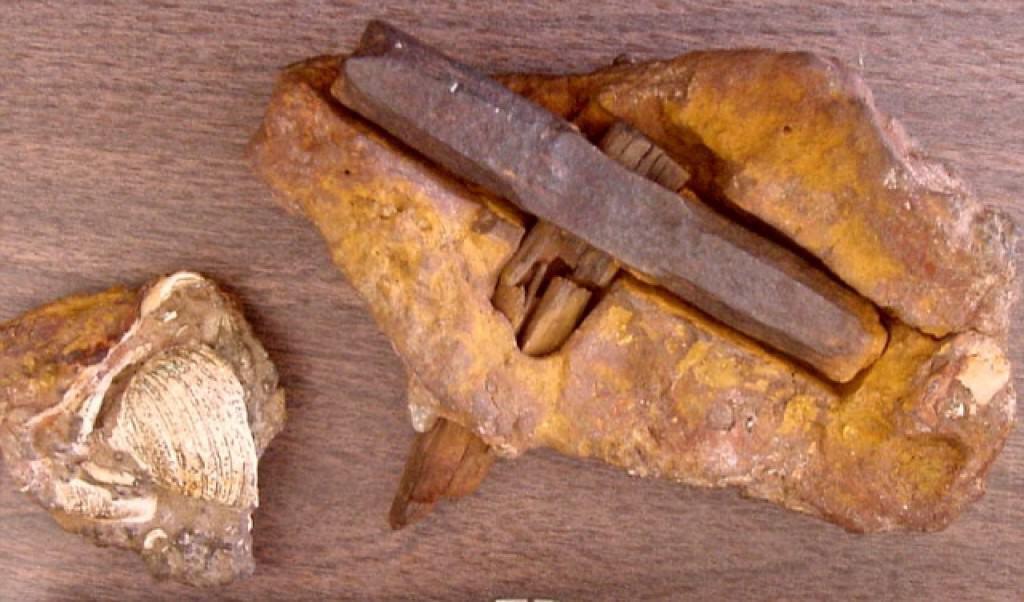 Composition of the Hammer

The Hammer is six inches (15.24cm) long with a diameter of one inch.  The metal has been identified as consisting of 96.6% iron, 2.6% chlorine, and 0.74% sulfur.  Believers point out that this hammer has not rusted since its discovery over sixty years ago.  This is certainly a unique blend of metallurgy which some claim be a lost technology of ancient man.

So the mystery begins. What is a hammer doing embedded in such ancient rock and what does this mean about the age of mankind since man was not supposed to exist for a few hundred million years?

As with any mystery and grand claim, all the evidence needs to be presented before the truth can finally be revealed. The discovery of the London Hammer still leaves us with a lot of questions. And there are many inconsistencies that prevent the scientific community from confirming this find as the oldest known artifact created by man.

First of all, there are conflicting reports as to where the object was actually located in the surrounding rocks.  And there is no photographic evidence of the object prior to being disturbed.  One report states that the hammer was embedded in a rock formation dating from the Cretaceous Period (65-135 million years ago).  But other accounts state that Mr. Hahn found the hammer bearing nodule “near” these surrounding rocks.

Skeptics argue that minerals could have cemented the hammer around the Cretaceous rock after it was dropped or left behind.  This could easily lead novice geologists to believe that the hammer and the rock formation are from the same time period.

The only true method of determining the age of the hammer is through Carbon 14 dating of the wooden handle. However, Baugh has yet to authorize this procedure.  The handle appears to be partially fossilized, so this certainly adds to the argument that this a very ancient tool.  But fossilization can occur prematurely through various natural methods.

To skeptics, the hammer appears to be a tool that was abandoned or lost some 200 years ago. But to its supporters, this is a clear indication that man has been on this Earth much longer than previously thought.

The artifact is currently located at the “Creation Evidence Museum“.

Linen Book of Zagreb – A Mummy With...