Home » Archaeology » Where is the Tomb of Alexander the Great?
Archaeology

Where is the Tomb of Alexander the Great?

Where is the tomb of Alexander the Great, one of the most successful rulers and military strategists of all time? He was only 33-years-old when he died in Babylon in 323 BC. 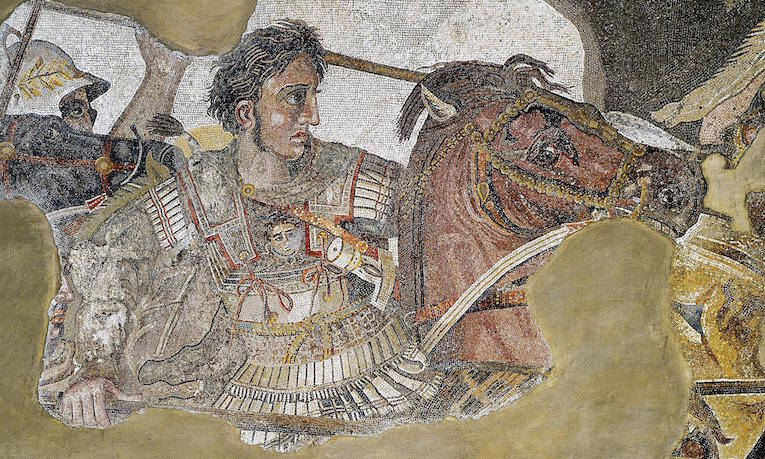 Mosaic of Alexander the Great.

Alexander the Great was born in Pella in 356 BC. He was the son of King Philip II of Macedonia and the student of the great Greek Philosopher Aristotle. He had his first military victory when he was only 16-years-old. Despite his obvious strengths as a king’s son, Philip and Alexander had a falling out when Philip chose a new wife of Macedonian birth. There was talk of producing a “legitimate” heir. This angered Alexander and he and his mother were exiled.

Nonetheless, Alexander became king when his father was assassinated during his daughter’s wedding. He was 20-years-old. By the time he was 26-years-old, he had conquered the Persian Empire.

He said before his death that he was leaving his kingdom to “the strongest.” If he had wanted his empire to exist in peace after his death, he chose the wrong words. His men took this to mean that the strongest of them would take the place of Alexander. This naturally led to fighting.

Amidst all of the bickering, plans for the burial of the king were being made, which they also argued about. Plans were made and changed several times. Ultimately, Ptolemy I Soter hijacked the body in 321 BCE before its transfer to Aegea and laid Alexander’s remains to rest in Memphis, Egypt.

The funeral procession of Alexander the Great, as depicted by Diodorus Siculus. Image: Public Domain.

According to Diodorus Siculus in Book XVIII:

First, they prepared a coffin of the proper size for the body, made of hammered gold, and the space about the body they filled with spices such as could make the body sweet-smelling and incorruptible. Upon this chest there had been placed a cover of gold, matching it to a nicety, and fitting about its upper rim. Over this was laid a magnificent purple robe embroidered with gold, beside which they placed the arms of the deceased, wishing the design of the whole to be in harmony with his accomplishments.

Because of Alexander’s great success in life, brought about by his tenacity and daring, he was greatly revered in death. This is how we know where his tomb was in certain places at certain times. There are records of such people like Julius Caesar, Cleopatra and Caligula (who may have had his breastplate stolen out of his sarcophagus) visiting his tomb. We also know that Alexander the Great’s body may have been placed in a golden sarcophagus.

Either Ptolemy I Soter or his son Philadelphus moved Alexander’s body to a new tomb in Alexandria in the late 4th or early 3rd Century BCE. The tomb was placed in a Mausoleum and reported to still exist in 274 BCE.

The tomb in Alexandria was replaced with another by Ptolemy Philopator around 215 BC. Philopator had a mausoleum erected in the center of Alexandria. In it, he placed some of his ancestors and Alexander the Great.

There is a record of Alexander the Great’s golden sarcophagus being melted down and sold in 89 BC. It was replaced by a glass sarcophagus.

The last definite record we have of the tomb of Alexander the Great dates to roughly 215 AD, when Caracella visited the tomb.

A Period of Turmoil

War came to Alexandria during the 3rd century. The city was attacked and ransacked repeatedly over the course of many years. It is possible that the tomb of Alexander the Great was destroyed, partially destroyed and/or robbed at this time.

If the tomb remained standing after these events, as some accounts suggest, then it is likely that it was destroyed during the famous earthquake and tsunami that struck Alexandria in 365 AD.

If by some chance the tomb or the corpse survived the tsunami, it is likely that the tomb was lost around 400 AD when the Christians began demanding that pagans cease to worship false gods. As Alexander the Great was worshipped in his death, he would have been a prime candidate for destruction. If the revered king’s body and tomb were still intact at this time, they may not have stood a chance against the Christians.

Rising sea levels may also have a hand in hiding the tomb. According to National Geographic, the sea level around Alexandria has risen upwards of 12 feet since Alexander’s death.

After this time period, there is no reference to the location of Alexander the Great’s tomb. To this day, no trace of any of his three tombs has been found. His sarcophagus, body or any of the relics supposedly buried with him have never been found. If his tomb had been looted, we may stand a chance of finding these things elsewhere than Alexandria. If it was destroyed by the massive tsunami that presumably took other treasures with it, chances are we will never find any trace of it.

The general consensus, and most likely truth, is that the tomb of Alexander the Great is in the center of Alexandria, Egypt. Several scholars have deduced the tomb is somewhere in the area of what was Canopic Street, now known as Horreya Avenue. 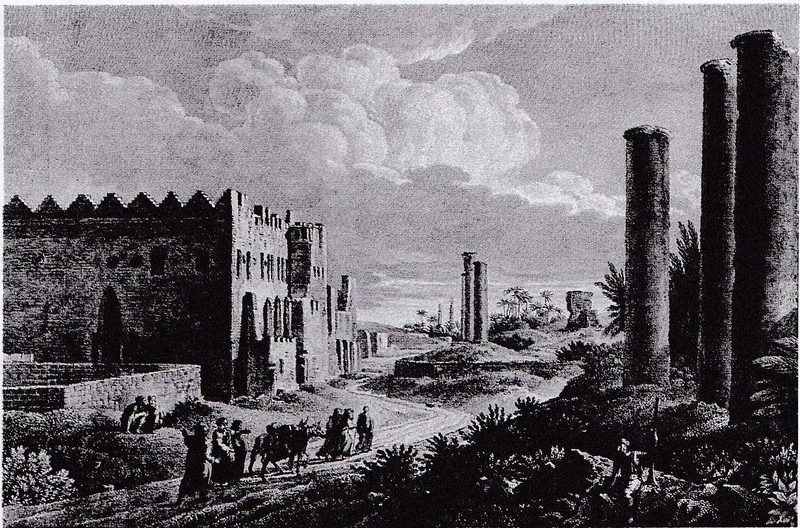 A 1784 depiction of Canopic Street, Alexandria.

There have been claims that Alexander’s tomb may be found elsewhere and that there is evidence for such. However, the evidence that it was in Alexandria when it was either destroyed or looted beyond recognition is overwhelming by comparison.

Nonetheless, we must conclude at this point that the fate of the tomb of Alexander the Great is unknowable as it stands.

The Celtic Prince of Lavau and His Opulent...