It holds the two lovers who were determined to be together in the afterlife, but the location of the tomb of Antony and Cleopatra is a mystery.

A Love Story Ending in Tragedy

The story of Cleopatra and Mark Antony is among the most famous love stories of all time. Like Romeo and Juliet, their story is a Shakespearean tragedy. However, unlike Romeo and Juliet, Antony and Cleopatra were real. There is overwhelming historical evidence that both existed and that they were lovers. What was lost to history, however, is the tomb of Antony and Cleopatra. Historians indicate that they wished for a joint burial in the case of defeat at the hands of Rome, but the tomb in which they finally lay to rest is still undiscovered. 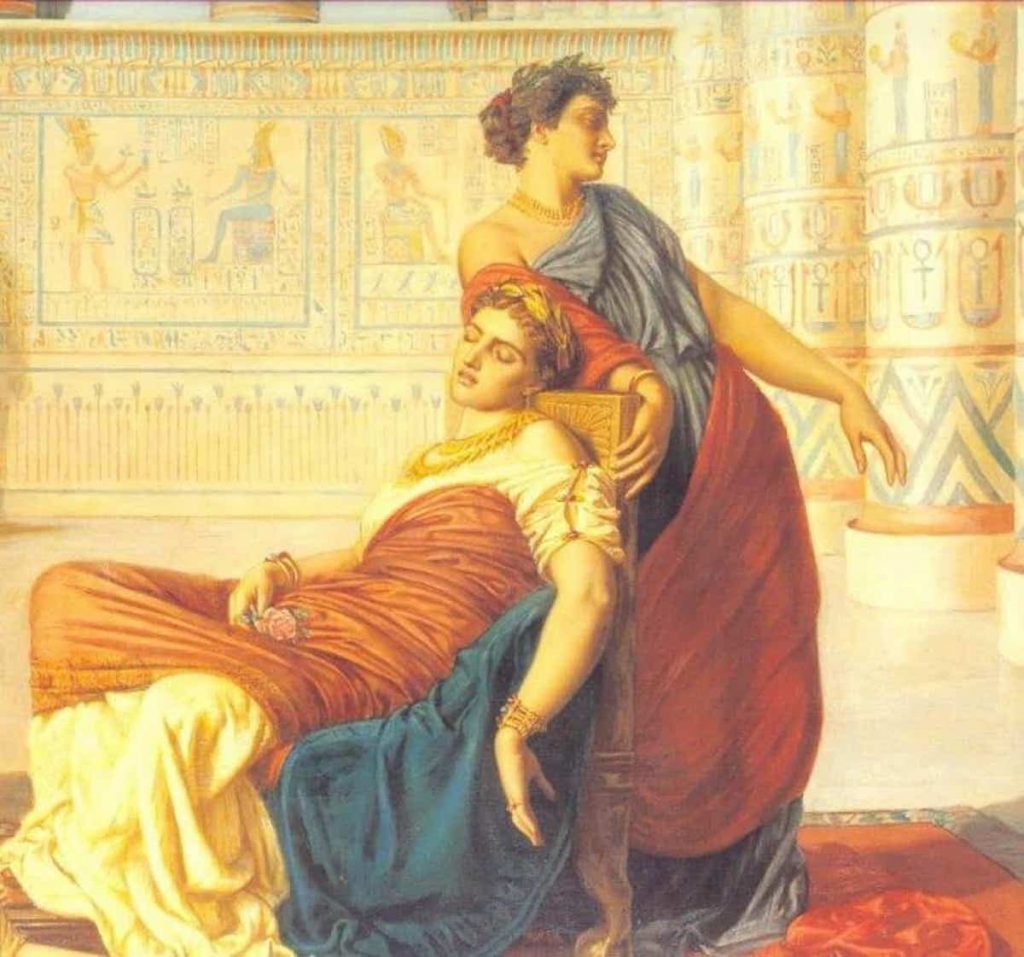 The Death of Cleopatra by Valentine Cameron Prinsep.

Who Were Mark Antony and Cleopatra?

Mark Antony was a Roman general, as well as a politician and friend of Julius Caesar. He was also one-third of the Second Triumvirate, which ended the Roman Republic on November 26, 43 BCE. Antony eventually became an enemy of Octavian, who was another third of the Second Triumvirate. Their acrimonious relationship led to Antony’s defeat and eventual suicide. He killed himself in 30 BCE, by stabbing himself in the abdomen with his sword.

The Role and Power of Women in Ancient Egypt

Cleopatra’s history is even more colorful than that of her lover. She was Greek, and DNA evidence from her half-sister indicates she may have been African, though many people in modern times believe she was Egyptian. This is likely due to her status as the last pharaoh of Ancient Egypt. Her relationship with Mark Antony is the stuff of romance stories. Long before her famous love affair, she married Ptolemy XIII and Ptolemy XIV, both of whom were her brothers. She shared the rule of Egypt with the males of her family. She was also the lover of Julius Caesar, who gave her a son, Ptolemy XV.

Until Death Did They Part

Shortly after Julius Caesar’s death in 44 BCE, Cleopatra became the sole ruler of Egypt, though she officially ruled with her son by Julius. She met Antony in 41 BCE and eventually had three children with him. They even held an Egyptian wedding, despite the fact that Antony already had a wife. Their love affair carried on until his death. 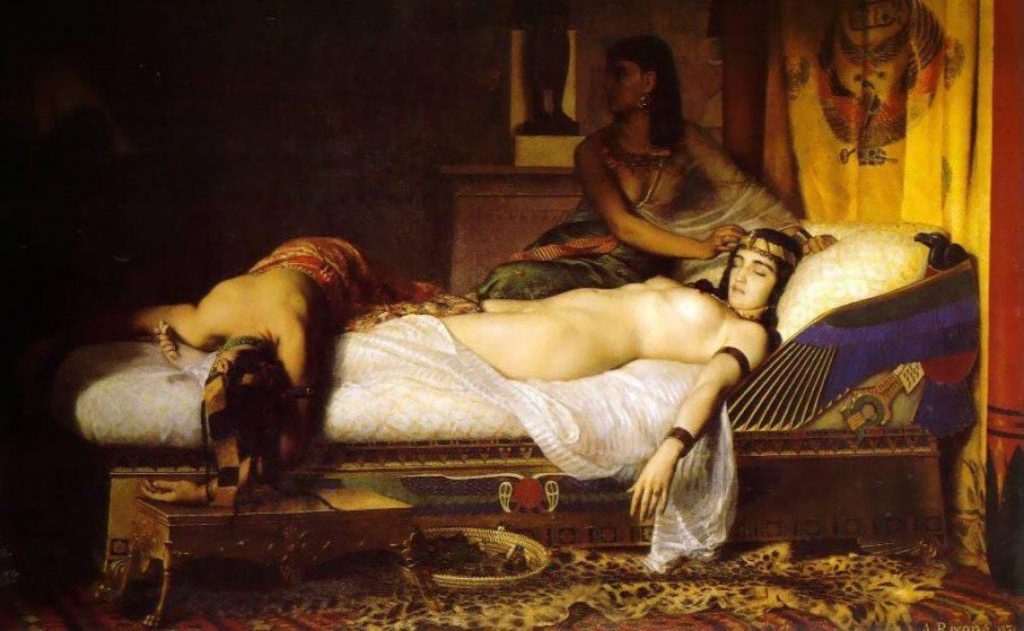 “The Death of Cleopatra” by Jean-Andre Rixens 1874. Cleopatra lies dead on her bed of gold, her attendant also dead at her feet. Public domain.

Ancient historians propose that Octavian allowed Cleopatra to organize the funeral of Antony after Octavian defeated him and invaded Egypt. It did not take long for her to follow him to death. The timeline appears to be roughly two weeks after Antony’s death that Cleopatra took her own life. She either enticed a cobra into biting her or she poisoned herself.

The Search For The Lovers’ Tomb

The site of Cleopatra’s suicide was her palace in Alexandria. That palace now lies buried beneath the sea. It is presumed that she was interred in or near the city. If the site of her burial was her palace, which, according to leading Egyptologists, seems unlikely, it is probably lost forever. Only the sturdiest of artifacts have survived the time it has spent underwater. On the other hand, if it is in the surrounding area, there is still hope of finding the tomb of Antony and Cleopatra amongst the untold numbers of hidden tombs in the sands of Egypt. 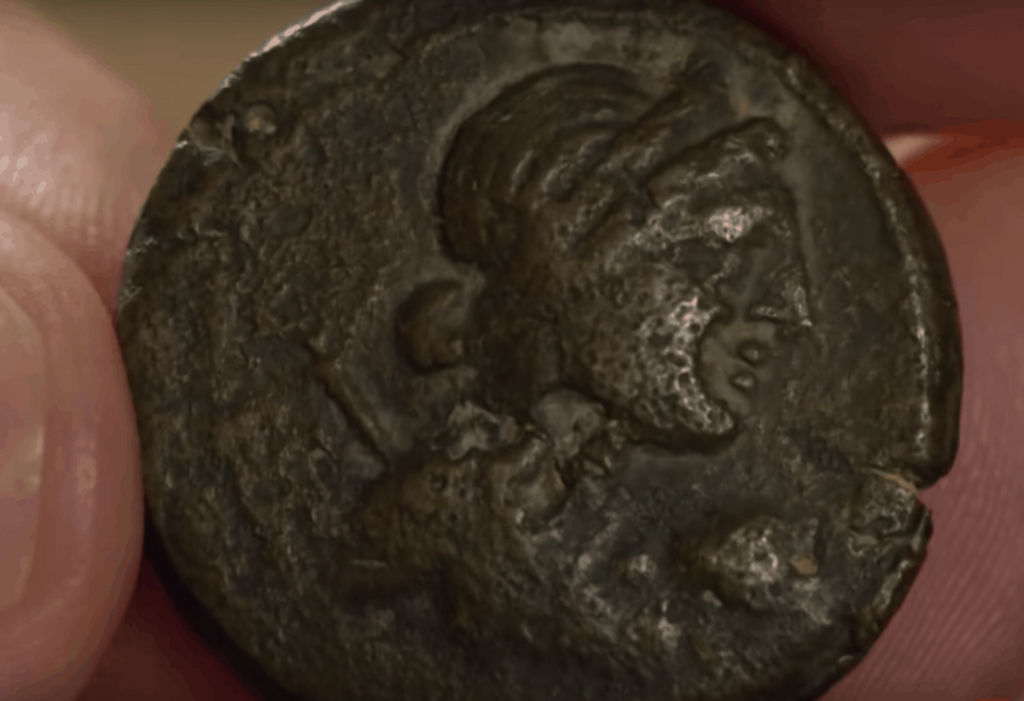 Coins with Cleopatra’s face discovered at the temple Taposiris Magnus indicate the temple was still in use during her reign.

Dr. Zahi Hawass and other prominent archaeologists are currently focusing their search for the lost tomb in Abusir, at the Taposiris Magnus. There are certainly a number of burials there, as well as coins bearing the face of the Queen. According to Dr. Hawass, the chambers, burials, and artifacts there suggest that someone important rests within. The location is just a little over 31 miles from the city in which Cleopatra killed herself, so it fits in that regard. Whether Hawass is correct in his guess is still uncertain, as there is much excavating still to be done at Taposiris Magnus.