Throughout history, the status and importance of women varied by culture and period. Some groups maintained a highly matriarchal culture during certain times, while at other times they were predominantly patriarchal. Likewise, the roles of women in ancient Egypt and their ability to ascend to positions of power varied throughout history. Little is known about female status during the Early Dynastic Period (c. 3000 BCE). However, during the First and Second Intermediate Periods (2100 BCE–1550 BCE), the New Kingdom (1550 BCE–1200 BCE), and certainly during the Ptolemaic Period (300 BCE–30 BCE), Egyptians had a unique attitude about women. 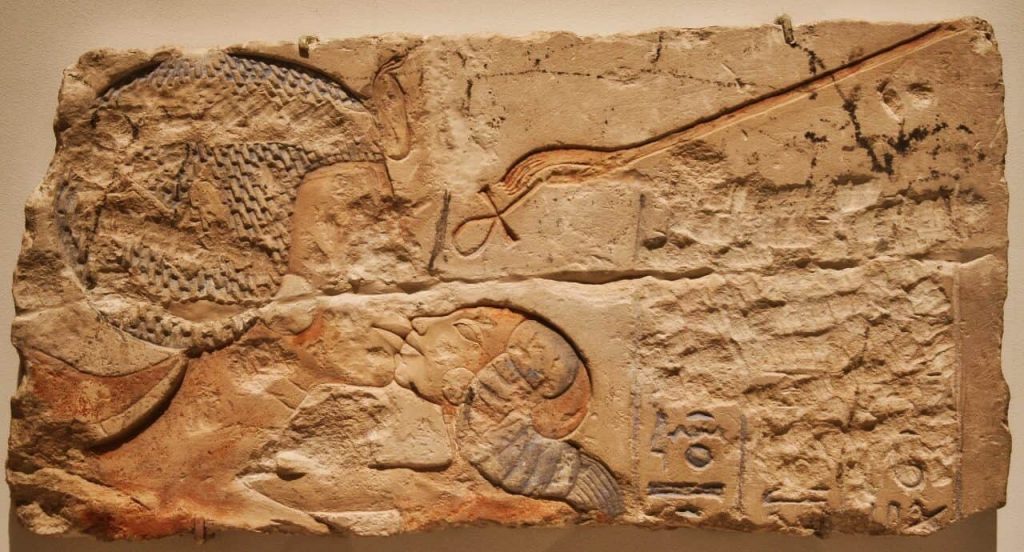 The Rise and Fall of Women in Egypt

Not only were women in ancient Egypt responsible for the nurturance and admonition of children, but they could also work at a trade, own and operate a business, inherit property, and come out well in divorce proceedings. Some women of the working class even became prosperous. They trained in medicine as well as in other highly skilled endeavors. There were female religious leaders in the priesthood, but in this instance, they were not equal to the men. In ancient Egypt, women could buy jewelry and fine linens. At times, they ruled as revered queens or pharaohs.

The role of women in ancient Egypt diminished during the late dynastic period but reappeared within the Ptolemaic dynasty. Both Ptolemy I and II put the portraits of their wives on the coins. Cleopatra VII became a very powerful figure internationally. However, after her death, the role of women receded markedly and remained virtually subservient until the 20th century.

How the Moon Shaped the Role of Women in Ancient Egypt

Throughout history, strong patriarchal societies existed when the sun was worshiped and times when there was a matriarchal society when the moon was worshiped. During much of Egyptian history, people worshiped both the moon and the sun, which gave rise to both matriarchal and patriarchal societies. For the most part, both the sun, Ra, and the moon, Konsu, were a vital part of the religion of ancient Egypt. It might be that the main objection to Amenhotep IV was that he stressed worship only to the sun disk at the expense of the moon god. Much of the traditional Egyptian society rejected this new concept and wanted a balance between the sun and the moon.

In the middle of the 15th century BC, one of the most important people to appear on the Egyptian scene was a woman. Her name was Hatshepsut. She came to power during a very critical time in Egyptian history. For many years Egypt was ruled by the Hyksos, foreigners who conquered Egypt and attempted to destroy many important aspects of Egyptian society. In 1549 BCE, a strong leader emerged by the name of  Ahmose I, founder of the 18th Dynasty. He drove out the invaders.

Egypt was once more restored to its glory by the time his successor, Amenhotep I, became Pharaoh. His granddaughter, Hatshepsut, became the fifth pharaoh of the 18th Dynasty in c. 1478 BCE after her sickly husband and pharaoh Thutmose II died. The female ruler was a builder, she directed expositions, built ships, enlarged the army, and presented Egypt as having a major presence in the international arena. She also utilized the services of other skilled women in various governmental capacities. Interestingly, she ruled Egypt as a queen and as a king, and her statues often portray her as a man wearing a beard. After her death, Thutmose III built upon Hatshepsut’s strong foundation, which resulted in the largest Egyptian empire the world had ever seen. 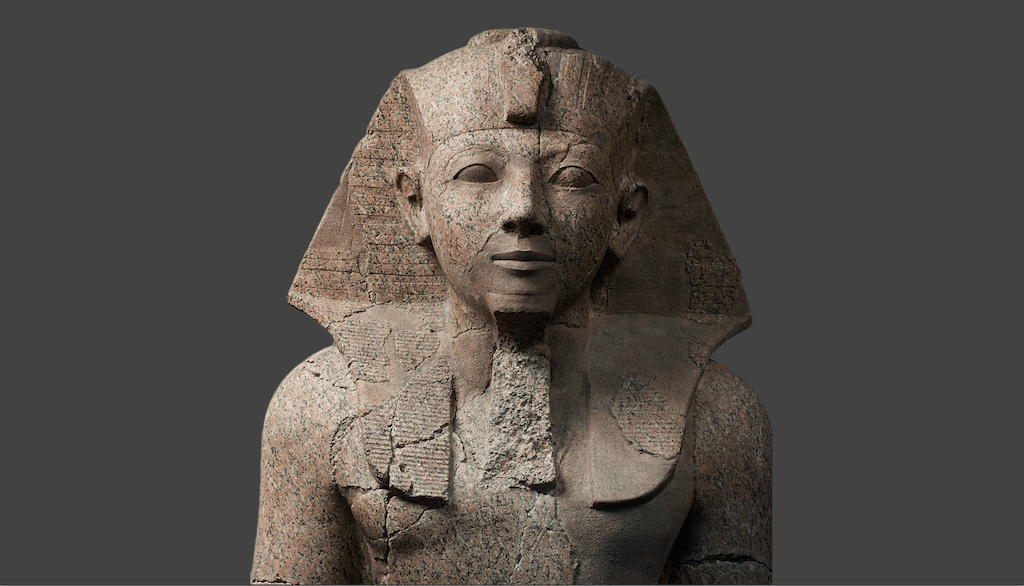 Amenhotep III continued to advance the cause of Egypt and to provide for its people a better life than they had ever known in the past. During this time, several women of great talent appeared and were able to make many contributions. His queen was named Tiye. She was perhaps the first in this hierarchy of counselors to the king. She presumably molded the pharaoh’s thinking in matters of state and religion and provided him with strong support.

It was during this time that another famous and important woman appeared. Her name was Nefertiti and she became the wife of the son of Amenhotep III and Queen Tiye. The man was also known in history as Amenhotep IV. and later as Ankenaten. We are now being told that Nefertiti may have been a more powerful and influential person than her husband.

The status of women in ancient Egyptian society was of such importance that the right to the crown itself passed through the royal women and not the men. The daughters of kings were all important.

During the reign of Ramesses II (c. 1279–1213 BCE, his favorite wife, and queen, Nefertari, was raised to the status of Royal Wife and Royal Mother. At Abu Simbel temple in Southern Egypt, her statue is as large as the pharaoh’s statue. Thus, we see her portrayed as an important person during the reign of the pharaoh. Often the name of his queen Auset-nefert would appear along with his own. Thus, pharaohs, such as Ramesses II, who esteemed their queens and gave them equal status, also helped to bolster the role and stature of women in ancient Egypt. It is also of interest to note that Ramesses II restored the temple of Hatshepsut in Deir el Bahri. In so many other instances, he either destroyed evidence of the very existence of his predecessors or usurped their creations, but with this famous woman, he went to great length to acknowledge her existence and to protect her memory.

Cleopatra was schooled in science, politics, and diplomacy, and she was a proponent of merging the cultures of Greece and Egypt. She could also read and write the ancient Egyptian language.

From the beginning, Egypt was a class society. There was a marked line of distinction that was maintained between the different ranks of society. Although sons tended to follow the trade or profession of their fathers, this was not always the case, and there were even some instances where people were also able to advance themselves regardless of their birth status.

Women in ancient Egypt were, like their male counterparts, subject to a rank system. The highest of them was the queen followed by the wives and daughters of the high priest. Their duties were very specific and equally as important as those of the men. Women within the royal family performed duties much like we see today in the role of ladies in waiting to the Queen of England. Additionally, the role of women as teachers and guides for their children was very prominent in ancient Egypt.

There were holy women who possessed both dignity and importance. As to the priesthood, and perhaps other professions, only the women of a higher rank trained in these endeavors. Both male and female priests enjoyed great privileges. They were exempt from taxes, they used no part of their own income in any of the expenses related to their office, and they were permitted to own land in their own right.

Women in ancient Egypt had the authority to manage affairs in the absence of their husbands. They had traditional duties such as needlework, drawing water, spinning, weaving, attending to the animals, and a variety of domestic tasks. However, they also took on some non-traditional roles. According to Diodorus, he saw images depicting some women making furniture and tents and engaging in other pursuits that may seem more suitable to men. It seems that women on every socioeconomic level could do pretty much what a man could do with perhaps the exception of being a part of the military. This was evident when a husband died; the wife would take over and attend to whatever business or trade he may have been doing.

Both men and women could decide whom they would marry. However, elders helped to introduce suitable males and females to each other. After the wedding, the husband and wife registered the marriage. A woman could own property that she had inherited from her family, and if her marriage ended in divorce, she could keep her own property and the children and was free to marry again.

Women held the extremely important role of wife and mother. In fact, Egyptian society held high regard for women with many children. A man could take other women to live in his family, but the primary wife would have ultimate responsibility. Children from other wives would have equal status to those of the first wife.

The Wisdom of the Ages

The high-points for women in ancient Egypt came to a screeching halt after Cleopatra. The Greek-Macedonian Ptolemys ascended Egypt’s throne beginning in 323 BCE after Alexander the Great died. This marked a permanent and profound change from an Egyptian culture to one of a Graeco-Egyptian influence. As a result of non-native Egyptian sentiments, the roles of women continued to wane during this time and into the Roman period. The well-known fact that Cleopatra VII became such a strong ruler is a testament to the tenacity of native Egyptians to maintain their cultural views. Additionally, her shrewd intellect, wily relationship-building skills, and desire to support the Egyptian people won them over. Today, Cleopatra is remembered as the last pharaoh and, more importantly, the last female to ever be edified to that stature by the Egyptians.

You may also like:
Oxyrhynchus Papyri: Historical Treasure in Ancient Egyptian Garbage